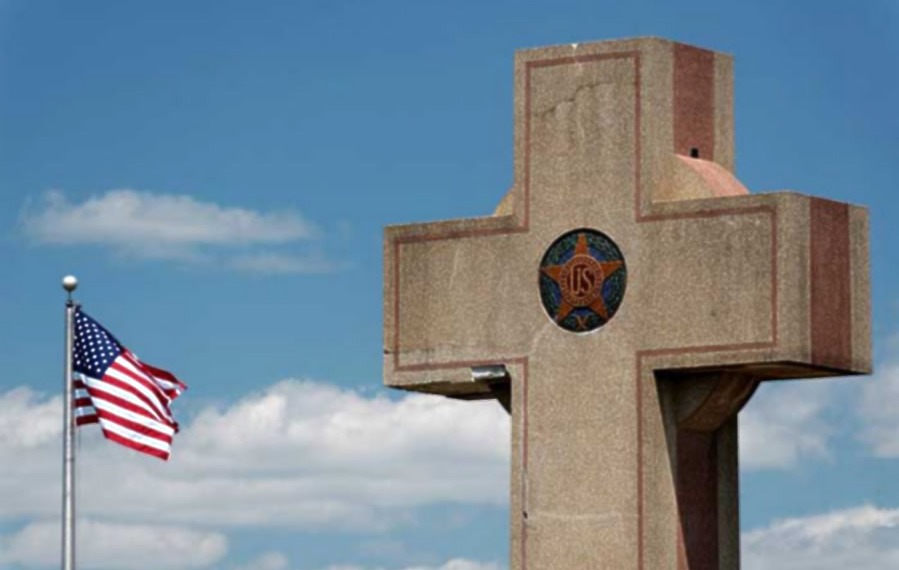 In Bladensburg, Maryland, stands a 40-foot-high, cross-shaped memorial honoring 49 sons, brothers, husbands, and fathers, who died on the battlefields of World War I. Near its base, a bronze tablet bears this quote by President Woodrow Wilson: “The right is more precious than peace. We shall fight for the things we have always carried nearest our hearts. To such a task we dedicate our lives.”

One of those things Americans have always carried nearest our hearts is a commitment to liberty that does not flinch in the face of offense. But can we conserve this commitment through the rule of law when our culture’s support for it is waning? This is the big question for the Supreme Court as it considers whether our First Amendment requires the “Peace Cross” to be removed from public land.

Thankfully, some members of our Supreme Court believe in applying the Constitution according to the meaning of the words when they were written. The trouble is, they have to confront the legal frameworks built by past courts. And when it comes to applying the First Amendment’s religion clauses, many of those frameworks are just plain bad.

Let’s start with the “Establishment Clause,” which forbids Congress to make laws establishing a national religion. You may well wonder: how could a cross-shaped war memorial, built with private funds on land later acquired by the state of Maryland, amount to Congress establishing a religion?

The answer can’t be found in the Constitution, of course. It can only be found by those who have waded through court cases in which the Establishment Clause has been stretched, twisted, and otherwise bent out of its original shape.

Through those cases, one learns that courts must now apply the Clause not only to Congress, but to all levels and branches of government and all their officials. One learns that courts have tried out various “tests” for expressions of faith in the public square. The one now in vogue may be the worst of the bunch. It asks whether someone might perceive a government “endorsement” of religion.

Under this framework, any speech, monument, display, or policy that is not hostile to religion could be struck down. Three men and the American Humanist Association view the Peace Cross as an official “endorsement” of religion. It offends them. And so the Fourth Circuit Court of Appeals ruled it illegal.

Let’s hope that the Supreme Court overrules the bad decision. The First Amendment does not protect humanists from having their feelings hurt by exposure to religious symbols. It protects them from being compelled to support the religions that the symbols represent.

Let’s also hope that the Supreme Court takes every opportunity to correct bad case law surrounding the Free Exercise Clause. Because sadly, this has become the active front in the battle for religious liberty.

Those who don’t support real religious freedom apply shocking double standards in this area. On the one hand, they sue the state to protect their sensibilities from the mere sight of a religious symbol. On the other hand, they invoke the state’s power to force a Christian to violate her beliefs by servicing a same-sex wedding.

The first burden is the cost of living in a society with people who don’t share all of our views. The second burden is one that no member of a free society ought ever bear. As James Madison once said, each person belongs to civil society “with a saving of his allegiance to the universal sovereign.”

Let’s pray that in this battle over the Peace Cross, the Supreme Court chooses allegiance to the actual meaning of the First Amendment’s religion clauses.

But sadly, many courts have ruled that one’s religious freedom can be trumped by other “interests,” like the interest of a same-sex couple in having a particular Christian service their wedding.

Let’s pray that in this battle over the Peace Cross, the Supreme Court chooses allegiance to the actual meaning of the First Amendment’s religion clauses over allegiance to court-created tests that undermine that meaning. And then let’s pray that it keeps on doing this in battles over what it means to be free, and to be a Christian, in a culture that hates what we believe.

Religious Freedom is Still at a Crossroads: A New Same-Sex Wedding Case May Change That

The Peace Cross Stands, but What Comes Next?