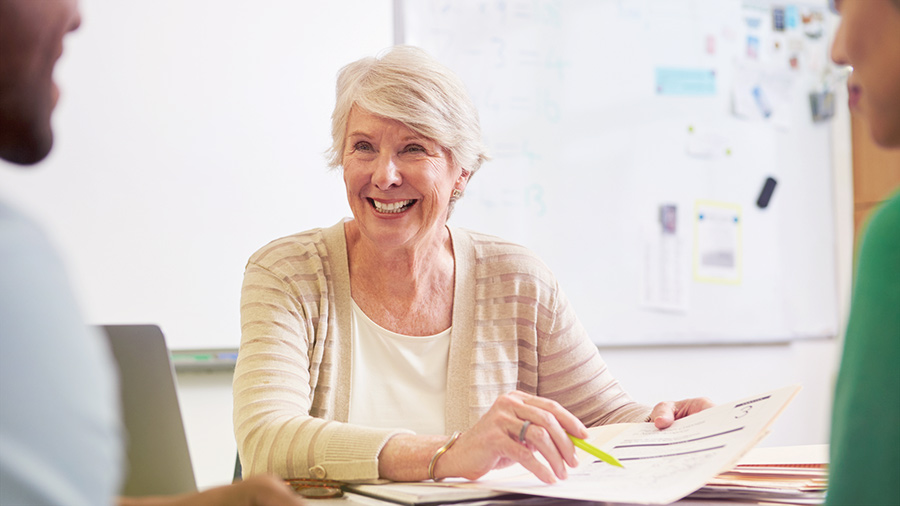 I recently attended a local high school football game that featured the three-time Virginia state champion. That might seem strange, given I didn’t attend either school that was playing, my eldest child just started kindergarten, and there are at least four public high schools closer to my house. One connection explained my attendance. The head coach was my fifth-grade teacher.

It’s back to school time for kids across America. It should be for adults, as well. I don’t mean graduate school or continuing education. I mean: Visit or call your former teachers.

Teachers give a lot of themselves — their time, their energy, even their own money. The average teacher spends almost $500 per year on supplies, money that will never be refunded. Much of their work is also not reimbursed, spending several hours a day outside of school grading, lesson planning, and doing school-related activities.

Many students respond to these efforts by misbehaving or offering subpar work. Parents in turn complain about the teacher’s performance. Some try to get special favors for their kids.

This year hundreds of thousands of teachers across the United States return to schools for another round, trying their best to prepare students for work and college. Theirs is a life of self-gift far beyond the pay or thanks they receive. To return to our teachers, to share how we are doing, to discuss our memories of their classes, is a small way to pay back what we were given. It proves to our former teachers that their efforts were not in vain.

Returning to these memories connects us to our past. Now more mature, we can perceive the sacrifices adults made for us. These memories then foster gratitude that blesses our former teachers, and our communities, as we assume the role of responsible adults.

Even the teachers who frustrated me, whom I didn’t like for silly, immature reasons, I now appreciate. Years ago I stopped by the classroom of high-school Latin teacher whom I’d given a rough time. I told her that I wished I had paid closer attention. The older I get, the more I find I need Latin for my history work, and even my faith.

I confess I’m probably more likely than the average person to communicate with former teachers. I have a masters in teaching, and I used to teach social studies in my hometown. During my training for a career in education, I returned to the classes of former teachers to observe, teach guest lessons, and survey students for graduate school projects. One of my former social studies teachers even attended my wedding.

As another year of school starts, I’m going to thank many of my former teachers. I urge all other former students to do the same.

When I told my mother about my former teacher-turned-football-coach, she reminded me of an something I had forgotten. I had a baseball cap I wore to school everyday. It was a prized possession. One day I couldn’t find the hat. My teacher, somehow, suspected a kid in another grade had stolen it. I’m not sure how he did it, but within a few days he had recovered that hat.

It seems like a small thing, but it certainly endeared me to that teacher — as did his willingness to serve as all-time quarterback every day at recess. I was thinking about that, more than twenty years later, as I watched him lead the returning state champs to victory on the gridiron.

Teachers touch thousands of lives, and yet after they retire that influence contracts. Perhaps this is when they need former students the most, reminding them their sacrifices, though never repaid, are appreciated. Those teachers, fought the good fight, and, God willing, left an indelible stamp on their communities.

As another year of school starts, I’m going to thank many of my former teachers. I urge all other former students, no matter how many years separate you from school, to do the same.

Joy Break: ‘We Pray for Everyone’