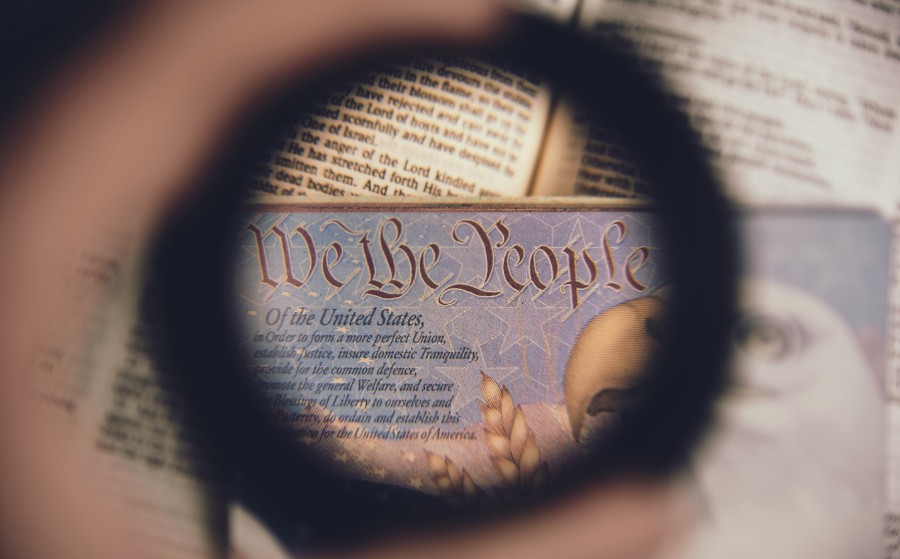 No one is even surprised anymore at the statistics on how little Americans know about their government. We’ve heard them too many times.

You know — the polls showing that more than half the population can’t name a single Supreme Court justice. Or the survey revealing that almost a quarter (22%) of adults can’t name a branch of the federal government.

One might expect that our schools would give students a basic understanding of how government works. Well, that assumption is now suspect. Only nine states and the District of Columbia require high school students to take a full-year course on the subject.

There does appear to be some concern about the sorry state of civic education in the U.S. But before we get too excited about the mere existence of efforts to turn things around, we should reflect on the fact that how we train citizens matters.

Go to the Source

Consider how most law schools teach the Constitution. Surely attorneys, of all people, should have a working knowledge of it. But in fact, most law schools don’t walk students through the Constitution’s various articles, sections and clauses. Rather, they focus on analyzing court decisions that apply parts of the Constitution in specific cases. The vast majority of time is spent on cases addressing the more exciting bits, such as the Bill of Rights.

Before we get too excited about the mere existence of efforts to turn things around, we should reflect on the fact that how we train citizens matters.

This method is akin to teaching a classic work of literature solely by reading a modern commentary on a few chapters of it. Studying what judges and scholars say about our founding documents today is important. But it is no substitute for studying those charters themselves, and the meaning of the words at the time they were written.

Another mistake is to assume that young people can learn all they need to know without understanding history. We do a disservice to the nation’s youth when we launch them into public activism without equipping them to advocate wisely.

It’s been said that sometimes the best way to learn something is to actually do it. And this seems to be the idea behind a program called “Action Civics.” Its organizers want students to “learn about democracy by doing it, by being ‘in action’ on the issues that matter to them in their communities.”

It’s great for students to learn how to actively engage with their government, and to develop the skill sets needed to do it. But it is a mistake to lead young citizens to believe that every issue is a public policy issue.

In the words of the Washington, D.C. executive director of the program: “Action Civics turns traditional civics upside down; instead of starting at the top with the Constitution and how a bill becomes a law, our hands-on teaching starts with a community or personal issue and works up through local government and politics and then to the federal system.”

It always sounds exciting to turn something upside down, but I submit that civics is a subject best taught rightside up. Let’s start with the operator’s manual, then switch it on when we know, basically, how it was built and how it is meant to be used.

By studying our governments’ founding documents first (the Declaration of Independence, the Constitution), students can learn to respect the different roles of government and private institutions. They can learn which functions are appropriate at each level of government. They can learn that the main purpose of government is to preserve individual liberty and protect our rights — not to solve every human problem or provide for every need.

Some people say, “we get the government we deserve.” And it stands to reason that if most citizens don’t have a basic understanding of how government works, or even what its purpose is, then we’re unlikely to get a very good government. No wonder that a Pew Research Center survey shows that only 17% of Americans today trust government to do what is right.

The American ideal centers on we, the people, actively choosing our leaders and holding them accountable to make wise public policy. It centers on our paying attention and being engaged. We will remain far from that ideal as long as we don’t understand the job we are choosing leaders to do, or the parameters within which they must do it.

It’s time to go back to the basics with civics education.