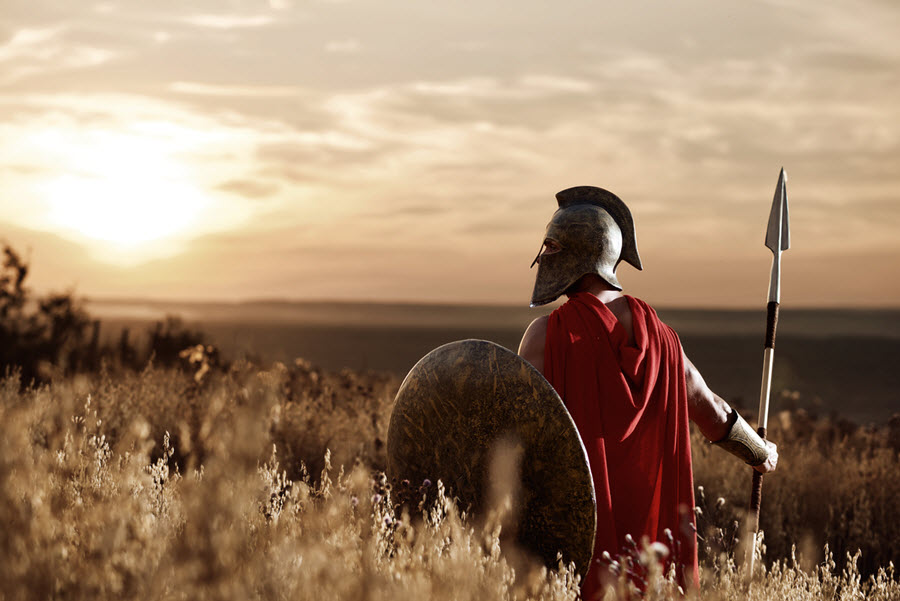 In Psalm 12, David describes the alarm we sense when accosted by the noise filling the air around us:

Help, O Lord, for there is no longer anyone who is godly; the faithful have disappeared from humankind. They utter lies to each other; with flattering lips and a double heart they speak…those who say, ‘With our tongues we will prevail; our lips are our own — who is our master?’ (Psalm 12:1-4 NRSV).

What are we seeing in these days? We can be sure that our God has not forgotten us or gone on a vacation. He is not quarantining in fear of being infected by COVID-19. He is acting to awaken His people to the real war that is going on, and He is empowering them to wake up and shine as lights in a dark world. We have been sleeping through a gradual disintegration of culture. God is abruptly waking up His people who are called to be His representatives on earth.

It is seldom pleasant to be awakened abruptly. We are at first disoriented and even resentful. After all, we were enjoying the sleep. But, to be awakened to the reality that we are in a war is even more disturbing. The subtle lies of our consumer culture have been invading each sphere of society for a long time. All of a sudden it seems they have snowballed, and we feel that there is no one who tells the truth anymore — no trusted Walter Cronkite or Billy Graham or Abraham Lincoln. The government, the media, the church, and medical science have all lost credibility.

Because the poor are despoiled, because the needy groan, I will now rise up, says the Lord; I will place them in the safety for which they long (Psalm 12:5 NRSV).

God sees and he cares when the people he loves are being oppressed by deception. He is rising to bring truth to the stage. The children of light are being awakened to the true nature of the war and God’s strategy to establish His purposes in this generation. Carl Von Clausewitz, a military strategist from the era of the French Revolution, said that the first, grandest, and most decisive act of any general or statesman is to understand the nature of the war in which he is engaged. Our war is a war of words: truth versus lies.

We were lulled to sleep by the influence of moral humanism. As a culture we have elevated the human hierarchy of needs above the truth of God’s word. The consumer-culture demands that what we feel that we need must be addressed and any societal structure that does not comply must be canceled. Human glory is the highest goal imaginable. God’s glory is ignored and even mocked. We demand safety, security, acceptance, esteem, and self-actualization from our government, our religion, and our society. We cancel any voice that contradicts our demands for our felt needs to be met. We even cancel God when He doesn’t perform according to our definition of good. It is alarming, but it is just the beginning of God’s move to exalt truth in a bigger way than before.

Our war is a war of words: truth versus lies.

Waking up is turbulent. We instinctively fight it, ignoring the alarm bells ringing. Denial is a familiar response. We want to find voices that tell us that everything is fine. Prime Minister Neville Chamberlain in Great Britain in the late 1930s said that Hitler was not so bad and could be appeased. He was wrong. It is impossible to make peace with deception. Contrary to popular opinion, truth is not subjective and selective. God’s word is full and final. We cannot deny the encroachment of evil by wishing it would just go away. We cannot simply change our metrics to substantiate our current practices. For instance, churches have ignored the lack of discipleship in our programs and instead celebrated the numbers of people gathered and the size of the campuses we have built. We told people that if they came to meetings and listened to the services, they would be fine. We lied. People who have not built their lives on the words of Christ will not stand in the storms that are now coming.

Delay is another instinctive response to the discomfort of waking. We want to push the snooze button on the clock. Just 10 minutes more… We have developed doctrines that have people expecting a great day in the future, but also expecting evil to prevail until then. Abandoning our role as God’s lights in the darkness, we have only looked to a future escape from the world of wickedness.

Of course, something in us all tempts us to want to fly away like a bird to a mountain of rest. But we are assigned here, and we have been given the necessary supplies to not only stand, but to advance. Escapism takes many forms. We can try drugs, distractions, entertainment, or just abdication. We expect the government to take care of us, the public schools to educate our children, the church to make sure we go to heaven, and the media to inform us of what we need to know. Irresponsibility has the same results regardless of how we express it.

The issue today is the same as in Adam and Eve’s day, David’s day, and Jesus’ day — it is a war of words. Who is telling the truth? Jesus said very clearly at the end of His Sermon on the Mount that lives built on His words would stand in the storms. Others would fail. It has always been true. History is the faithful witness that only those societies that are built on the eternal transcendent word of God as interpreted through the person of Jesus will last.

The Epistle of James is adamant that the tongue is mightier than anyone expects. It determines direction for people and nations. It can destroy whole structures like a fire in the forest. No human can tame or domesticate it. It is hooked to the heart and expresses the thoughts and desires of the heart. Only when the heart is changed through regeneration of the Spirit can the tongue begin to produce the fruit of righteousness as it was designed.

God cares about the poor and despoiled. He is raising up spokespersons to speak the truth to the lies of this culture. There are some new “pulpiteers” on the horizon. They won’t be so enamored with oratorial performance as with clarifying the truth of what God has done in Christ Jesus. But, it is not the pulpit only. Disciples of Jesus from every stripe will be declaring the good news and its ramifications in homes, offices, and hideaways. Mass media will not control the word communicated by those whose hearts have been captured by God’s love.

We are seeing the beginning of a return to God’s word as authoritative and life-giving. We will appreciate the need to interpret the Scripture accurately. It is not a matter of winning a theological point, but of spiritual and societal survival. We can’t take the word of media preachers as to what God is saying. We must hear from Him, and He is eager to tell us.

We shall also see the appearance of true shepherds. They will care more for the welfare of the sheep than their own ministries and kingdoms. They will get equipped to feed and protect those under their care. The emergence of the Christian community is beginning. People need each other and are seeing that we have a common foundation, but different gifts. The focus will be on “We” rather than “Me.” All of these factors will produce a kind of life that is more akin to the biblical norm than the American dream.

Adventurous and risky lifestyles will be the order of the day. No longer will we read of the miracles of scripture and wonder where they are. Our witness will give hope to those languishing in circumstance-controlled situations. We will live on the edge because we have seen the invisible and believe the promises of the faithful God of might.

These are either scary days of shocking deception or exciting days of early awakening. I am asking God to give us eyes to see what He is doing. We can join Him and see the light push back darkness.