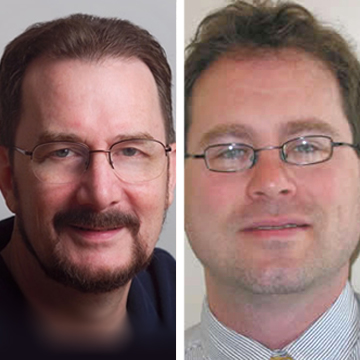 Tom Gilson is a senior editor of The Stream, author of the new 2016 parent-friendly guide to keeping kids in the faith, titled Critical Conversations: A Christian Parents’ Guide to Discussing Homosexuality With Teens, the chief editor of True Reason: Christian Responses to the Challenge of Atheism, and the author/host of the Thinking Christian blog.

He lives in southwest Ohio with Sara, his wife, and their two 20-something children. He has received a B.Mus. in Music Education with a specialty in performance from Michigan State University and an M.S. in Organizational Psychology from the University of Central Florida. When he’s not writing he loves drinking coffee, canoeing, walking in the woods, and playing his trombones.

He is author, co-author, or editor of eleven books, including Wilhelm Ropke: Swiss Localist, Global Economist, The Grand Inquisitor (graphic novel) and The Race to Save Our Century. He was editor of the Intercollegiate Studies Institute’s guide to higher education, Choosing the Right College and Collegeguide.org, for ten years, and is also editor of Disorientation: How to Go to College Without Losing Your Mind.

How To Destroy Western Civilization Without Spilling Your Latte

Okay, you’re thoroughly sick of Western civilization. What you know of it, that is. Every standard you can’t live up to, every finger ever wagged at you, every twinge of inappropriate guilt — you trace it to Western Civ. Not…