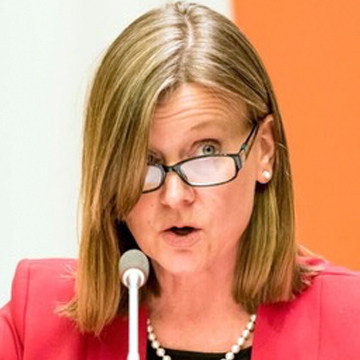 Susan Yoshihara < Back to Voices

Susan Yoshihara is senior vice president for research at Center for Family & Human Rights and co-editor of Population Decline and the Remaking of Great Power Politics.

She has served on the Holy See delegation to the U.N. Commission on Population and Development, appeared before U.N. and U.S. government bodies, including the U.N. Economic and Social Council and the Senate Foreign Relations Committee, on matters international law and policy. Prior to joining C-Fam, Susan was on the faculty at the U.S. Naval War College. She is a retired U.S. Navy Commander, a Gulf War veteran and helicopter combat logistics pilot. She is a graduate of the U.S. Naval Academy, received her Ph.D. in international relations from the Fletcher School of Law and Diplomacy at Tufts University and was a White House Fellow. She and her husband Toshi Yoshihara have two young daughters.

When President Donald J. Trump cut U.S. funding to the U.N. Population Fund, abortion advocates howled. But Trump made the right call. The billion dollar-a-year agency has run out of reasons to exist, even by its own metrics. The agency…