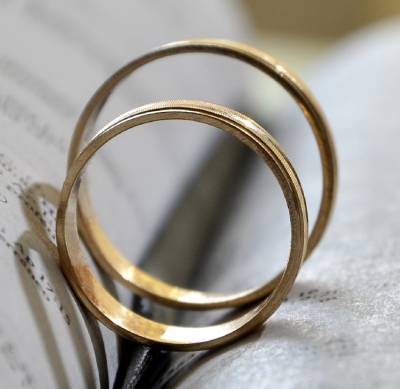 Dr. Rick Scarborough is Founder and President of Vision America

From 1990 to June 2002, Dr. Scarborough was the Senior Pastor of First Baptist Church of Pearland located on the southeast side of the Houston Metroplex.

In 1998, he founded Vision America, an organization whose mission is to “inform and mobilize Pastors and their congregations to become salt and light, becoming pro-active in restoring Judeo-Christian values in America.” The advisory board of Vision America includes notable Christian leaders such as Don Wildmon and Dr. Tim LaHaye.

Dr. Scarborough has appeared on Larry King Live, Fox News, CBS Evening News and numerous other television and radio programs. The work of Vision America has been featured in several documentaries and specials such as CNN’s award winning special God’s Warriors and the HBO documentary, Friends of God.

Dr. Scarborough and Tommye, his wife, have two grown children, Misty and Richard, and one daughter in Heaven, Kathryn who finished her assignment here in 2004 at 25 years of age.

Mat holds Bachelor, Master and Juris Doctorate degrees, and an honorary Doctorate of Laws and a Doctorate of Divinity. He has argued two landmark cases before the United States Supreme Court as lead counsel and written numerous briefs before the High Court. Mat has argued in numerous state and federal courts across the country and has over 210 published legal opinions. He has authored hundreds of popular articles, five scholarly law review publications, numerous brochures and booklets, and 11 books — most of which focus on constitutional law, including his two most recent books, Eternal Vigilance: Knowing and Protecting Your Religious Freedom, and Same-Sex Marriage: Putting Every Household at Risk.

Deacon Keith A. Fournier is Founder and Chairman of Common Good Foundation and Common Good Alliance. A married Deacon of the Roman Catholic Diocese of Richmond, Va., he and his wife Laurine have five grown children and seven grandchildren. He is a human rights lawyer and public policy advocate who served as the first and founding Executive Director of the American Center for Law and Justice in the 1990s. He has long been active at the intersection of faith and culture and serves as Special Counsel to Liberty Counsel. He is also the Editor in Chief of Catholic Online.

Following the Same-Sex ‘Marriage’ Ruling: A Call to Action This Sunday

There are times in history when people have to make choices. We are living in such a time. In March the three of us (Rick Scarborough, Mathew Staver and Deacon Keith Fournier) posted our Pledge of Solidarity to Defend Marriage,…