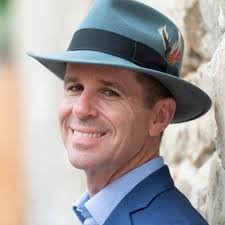 Patrick Coffin < Back to Voices

Patrick is the author of four books and was, for almost eight years, the host of the top-rated radio show, Catholic Answers Live.

He is the author of The Contraception Deception: Catholic Teaching On Birth Control; Stay Cool When the Argument Heats Up; Once Saved Not Always Saved, and How to Handle Haters: Seven Tips for Culture Builders, and for almost eight years was the host of the top-rated radio show, Catholic Answers Live.

Patrick’s writing has been featured in The National Catholic Register, Catholic World Report, Inside the Vatican, The Toronto Star, and National Review Online.

Patrick lives in Southern California with his Peruvian queen and their Inca princesses. (Oh, he’s also a professional magician.)

Editor’s Note: Though largely unknown to Americans, Vanier’s fall from modern day saint to creepy sexual predator is painfully relevant to us all. We tend to ignore or dismiss the weaknesses in our heroes when they accomplish so much good….