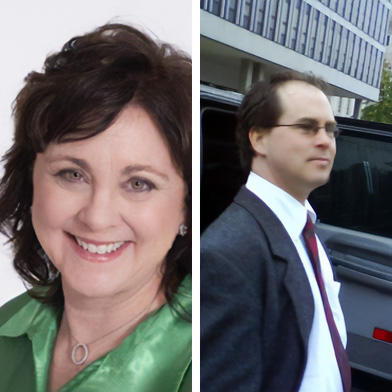 Jennifer Roback Morse, Ph.D., is the founder and President of the Ruth Institute. Dr. Morse brings a unique voice to discussions of love, marriage, sexuality and the family.

A committed career woman before having children, she earned a doctorate in economics, and spent 15 years teaching at Yale University and George Mason University. In 1991, she and her husband adopted a two-year-old Romanian boy, and gave birth to a baby girl. She left her full-time university teaching post in 1996 to move with her family to California. She was a Research Fellow at Stanford University’s Hoover Institution, and at the Acton Institute for the Study of Religion and Liberty.

Until August 2006, Dr. Morse and her husband were foster parents for San Diego County. In the summer of 2008, Dr. Morse founded the Ruth Institute, a non-profit educational organization dedicated to bringing hope and encouragement for life-long married love.

He is author, co-author, or editor of twelve books, including Wilhelm Ropke: Swiss Localist, Global Economist, The Grand Inquisitor (graphic novel) and The Race to Save Our Century. He was editor of the Intercollegiate Studies Institute’s guide to higher education, Choosing the Right College and Collegeguide.org, for ten years, and is also editor of Disorientation: How to Go to College Without Losing Your Mind.

It would have been fun to watch Andrew Cuomo fight impeachment, clinging to power by fair means and foul. The spectacle would have highlighted the incoherent, hysterical moralism of our cynical ruling class. On Mondays, Wednesdays, and Fridays, elites claim…