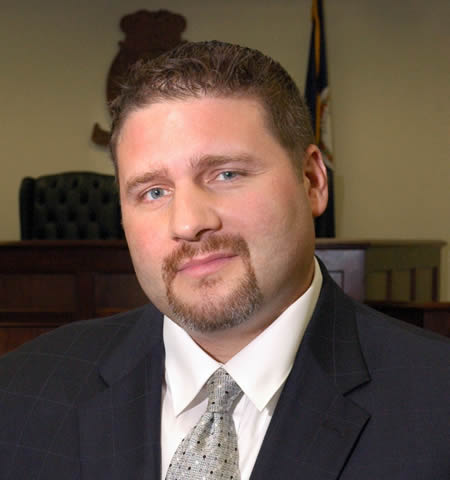 Matt Barber < Back to Voices

Matt Barber is founder and editor-in chief of BarbWire.com. He is an attorney concentrating in constitutional law and holds both a Juris Doctor from Regent University School of Law and a Master of Arts in Public Policy from Regent’s Robertson School of Government.

Barber’s columns have been published at WorldNetDaily, TheBlaze, Washington Times, TownHall and many more. He is also the author of the book, The Right Hook: From the Ring to the Culture War,

He has appeared as a cultural analyst on the Fox News Channel, MSNBC and CNN, and is a regular guest on dozens of talk radio programs and networks including Michael Savage, the G. Gordon Liddy Show, Dennis Prager, the Michael Medved Show, the Janet Mefferd Show and others. Matt also co-hosts “Faith and Freedom,” a daily legal and cultural issues talk radio program heard on about 90 stations across the country.

Barber served twelve years in the Army National Guard, was a law enforcement officer for three years and a corporate fraud investigator for five years.

He was an undefeated heavyweight professional boxer retiring in 2004. Prior to turning pro, he was a several time state and regional Golden Gloves champion, competing in the 1992 Western Olympic Trials and winning a Gold Medal in the 1993 Police and Fire World Games.

Christian Universities: Will They Obey God or Man?

It’s by design. As I, and others, have repeatedly warned, the establishment of so-called “gay marriage” as a newfangled federal “right,” and the free exercise of religion as guaranteed by the First Amendment simply cannot coexist in harmony. Things diametrically…

Why Martin Luther King Jr. Would Have Opposed Same-Sex ‘Marriage’

No, It’s Not Time to ‘Abolish the Family”

‘Be Prepared’: ‘Gay’ Men with Boy Scouts in Tents

Conservatives, You ‘Must be Made’ to Obey