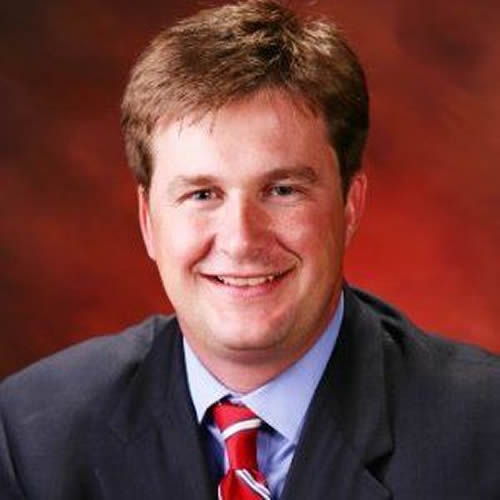 Lance Wray < Back to Voices

Lance A. Wray serves as Executive Director and General Counsel for 2ndVote, a nonprofit that exposes corporate liberal advocacy and helps consumers spend money with companies that support their values. Wray earned his undergraduate degree (B.S.) in Finance from The University of Tennessee, Knoxville, and a Doctorate of Jurisprudence (J.D.) from The Nashville School of Law.

Prior to joining 2ndVote in 2015, Wray practiced law as a litigation attorney and managed his own law practice. He earned his law license in 2004 and was admitted for practice in Federal Court (U.S. Middle District, Tenn.) in 2005. Wray currently serves in the 247th Intelligence Squadron/118th Wing, TN Air National Guard and is a 25-year veteran. In 2011, Wray was deployed to Kandahar, Afghanistan for Operation Enduring Freedom.

Personal interests include church and serving his community where he is a member of Rotary International, has served as past president of his local bar association, elected to city council, and chaired a number of non-profit boards of directors. Wray lives in Hendersonville, Tennessee with his wife, Tanya, and children Emma, Lily and twins Ava and Lance, Jr.

Victory at Lands’ End: Are Conservatives Learning How to Win the Left’s Game?

Liberals have long understood corporations’ pressure points; it’s hardly a surprise when outrage politics cows a billion-dollar company leading to public mea culpas and, in some cases, resignations. But recent developments appear to indicate that the so-called silent majority may…