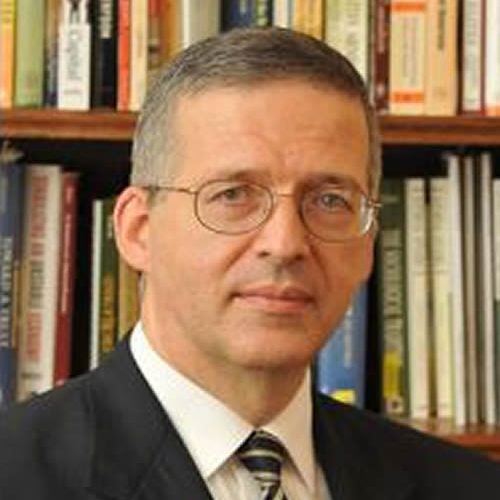 John Horvat II < Back to Voices

For more than two decades he has been researching and writing about what’s gone wrong with America’s culture and economy, an effort that culminated in the ground-breaking release of his award-winning book Return to Order: From a Frenzied Economy to an Organic Christian Society–Where We’ve Been, How We Got Here and Where We Need to Go.

Mr. Horvat is vice president and a member of the board of directors for the American Society for the Defense of Tradition, Family and Property (TFP), head of the TFP Commission for American studies, a TFP Sedes Sapientiae Institute instructor, and webmaster of the American TFP website (www.tfp.org). Additionally, Mr. Horvat is a member of the Association of Christian Economists, The Philadelphia Society, the National Association of Scholars and the Catholic Writers Guild, as well as an Acton University participant.

His research began in 1986 when he was invited by Prof. Plinio Corrêa de Oliveira, founder of the Brazilian TFP, to study the crisis of modern economy and to prepare a conservative response. Mr. Horvat continues studying and writing and is now one of the most sought after experts on the subject.

When he’s not writing, Mr. Horvat enjoys jogging and fencing. He lives in Spring Grove, Pennsylvania.

Baby Boomer Gives Gun Protesters Something to Think About

Dear young friend, I have watched your protests against gun violence and could not help but recall my own youth. As a child of the Sixties, I was born of a generation that also had protests. I recall my desires…

Our Culture is a Factory Producing Mass Killers. Closing the Factory Can Solve the Gun Debate

Who Will Banish the Madmen in Education?

Teaching Children Not to Come in From the Cold

Four Ways to Defy the Culture on Black Friday

‘C-Ville’: Statue Toppling and the End of History

Living in the Shallows: The Decline of Thought

We Need Ordered Liberty, Not the Chaos of a Carnival

In the Culture War, This is No Time to Abandon the Trenches

What is Behind America’s Complacency?