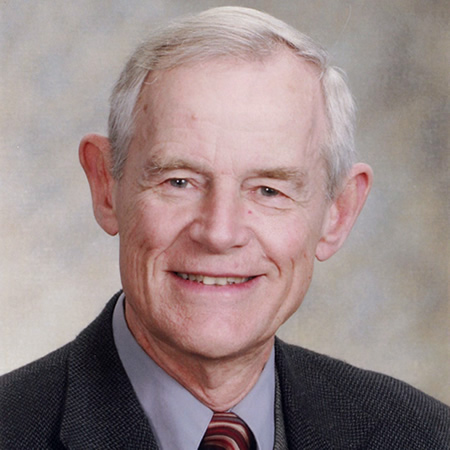 James De Young < Back to Voices

James B. De Young, Th.D., is Senior Professor of New Testament Language and Literature at Western Seminary, Portland, Oregon, where he has taught NT Greek and related courses for over forty years. His training includes Moody Bible Institute (diploma), East Texas Baptist University (B.A.), Talbot Theological Seminary (B.D., Th.M.) and Dallas Theological Seminary (Th.D.). He has been a regular contributor to the Evangelical Theological Society. He has ministered abroad in Mexico, Europe and Afghanistan.

James and his wife Patrician Ann live on a small farm in Damascus, Oregon. They have four children and twelve grandchildren all living in the area. He has served in Damascus Community Church since 1971.

James De Young has spent his life in teaching the Bible and the Biblical languages. He is dedicated to empowering Christians to discern and apply Biblical truth in an increasingly pluralistic culture. This has been his focus in all of his articles and various books, on Biblical interpretation, homosexuality, Islam, women in ministry, submission to the state, and in his Burning Down the Shack (2010) and in his most recent book, Lies Paul Young Believes about God (2017). This Spring his major book exposing universal salvation will appear (2018).

When Paul Young and I founded a Christian think-tank together, little did I suspect that Paul would write a national bestseller (The Shack), let alone one that so radically distorts the gospel. But now Paul has gone a step further….