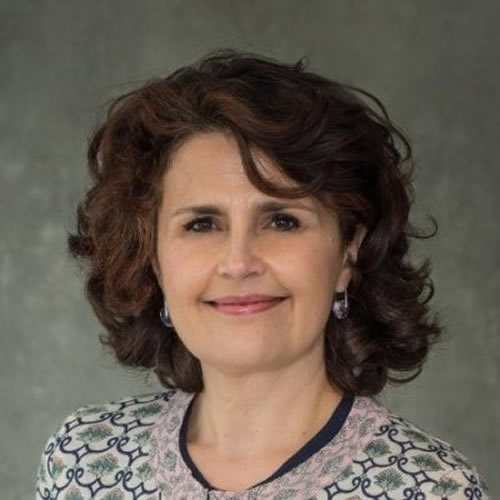 Ines Murzaku < Back to Voices

Ines Angeli Murzaku is Professor of Church History, Department of Religion, Seton Hall University. She earned a doctorate from the Pontifical Oriental Institute in Rome and has held visiting positions at the Universities of Bologna and Calabria in Italy and University of Münster in Germany. She has won grants including Alexander von Humboldt Research Fellowship for Experienced Researchers; Social Sciences and Humanities Research Council of Canada Grant (SSHRC); and Fulbright Senior Research Scholar. Her research has been published in multiple articles and five books, the most recent Monasticism in Eastern Europe and the Former Soviet Republics (2016).

Dr. Murzaku was the vice-president of the Association for the Study of Nationalities (ASN) and a United Nations accredited representative for Christians Associated for Relationships with Eastern Europe. She has worked for or collaborated with various media outlets including Associated Press, CNN, Voice of America, Relevant Radio, The Catholic Thing, Crux — Taking the Catholic Pulse, Salt and Light Catholic Media Foundation (Canada), The Record, The Stream, Radio Tirana (Albania), Vatican Radio (Vatican City) and EWTN (Rome).

Did Pope Benedict Abandon His Post? Last Testament Explains Why He Resigned

When he resigned, Benedict XVI profoundly changed the modern papacy. Everyone believed that popes just didn’t resign. Why did he do it? Was it cowardice, as some of his critics said, or maybe depression, as some of his supporters suggested?…

The Pope in the Middle: What Benedict Thinks About John Paul II and Francis

Mother Teresa Practiced Forgiveness in Personal Tragedy. Christopher Hitchens Attacked Her for It.