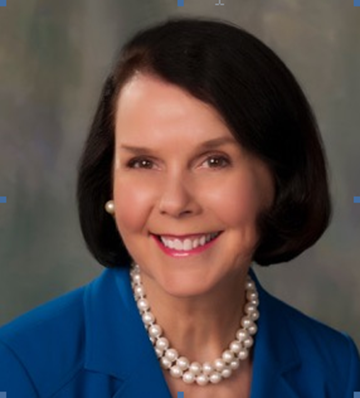 Elaine Donnelly < Back to Voices

Elaine Donnelly is founder and president of the Center for Military Readiness, an independent, nonpartisan public policy organization that reports on and analyzes military/social issues. Since its founding in 1993, CMR has advocated for high, uncompromised standards in all forms of military training and sound priorities in the making of military/social policies.

Defense Secretary Caspar Weinberger appointed Mrs. Donnelly to the Defense Advisory Committee on Women in the Services (DACOWITS) for a three-year term (1984–1986). In 1992, President George H.W. Bush appointed her to the Presidential Commission on the Assignment of Women in the Armed Forces. For a full year, the commission studied all aspects of issues surrounding women in combat in all branches of the service.

Mrs. Donnelly is the author of a chapter titled “Defending the Culture of the Military,” which was published by the Air Force University Press in the book Attitudes Are Not Free – Thinking Deeply About Diversity in the U.S. Armed Forces, released in May 2010. She also wrote a comprehensive, peer-reviewed article titled “Constructing the Co-Ed Military” for the May 2007 edition of the Duke University Journal of Gender Law & Policy.

Elaine Donnelly has published articles on military personnel issues in many newspapers and magazines nationwide, including the Washington Post, USA Today, the Boston Globe, CNS News, National Review Online, the Washington Times, Congressional Quarterly Researcher, and the Naval Institute’s Proceedings. She has provided testimony to Congress several times and participated in educational programs before organizations such as the Heritage Foundation, the American Legion, the Marine Corps War College and Hillsdale College. She has also appeared on most network and cable network discussion programs, including a two-hour PBS Firing Line debate.

In 2002 she was the recipient of the American Conservative Union’s Ronald Reagan Award. She attended Schoolcraft College and the University of Detroit and resides in Livonia, Mich.

Sexual Assault Accusations and the Presidential Election: The Need for Truth and Justice

Melania Trump, wife of the Republican presidential nominee Donald Trump, recently spoke wisely about a principle that needs to be heard more often. In an interview with CNN, Mrs. Trump said that accusations of sexual misconduct affecting a woman or a…