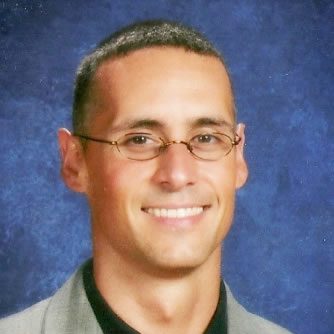 Chad Judice < Back to Voices

Chad Judice is an award winning author and national Catholic Speaker. As a Catholic Educator for close to twenty years he was named the Lafayette Educational Foundation’s Inspirational Teacher of the Year in 2010 and has been the keynote speaker to over 100 audiences of all backgrounds in 16 states over the last five years. Chad is a member of the Theology department at St. Thomas More Catholic High School in the Diocese of Lafayette, is a certified Catechist, and possess certificates in Theology, Apologetics, Philosophy, and Church History from the New St. Thomas Institute run by Dr. Taylor Marshall.

He has been published in The Word Among Us, The New York Post, and authored a chapter in Special Children, Blessed Fathers published by Emmaus Road Press in 2015. Chad has also appeared as a guest on The World Over Live and At Home with Jim and Joy Pinto on EWTN, a global Catholic network. Chad is the author of Waiting for Eli: A Father’s Journey from Fear to Faith and Eli’s Reach: On the Value of Human Life and the Power of Prayer. Eli’s Reach was recognized as the best book by a small publisher in the United States in 2013 by the Catholic Press Association.  A third book in the series Growing with Eli is set to be released in the fall of 2017. He is married to Ashley (G.) Judice and they are the parents of three children Ephraim, Eli, and Ezra while residing in Lafayette, La.

Render Unto Caesar: The Death of Reason and the Triumph of Feelings

Matthew chapter 22 tells of an argument between Jesus and the Pharisees and Herodians. The two groups were a mix of religious and secular political Jews in ancient Judea. If Christ was the Messiah of Israel, neither group would benefit….