Australia Pastor: ‘We’ve Lurched So Far to the Left … I Wonder If We Will Remain a Sovereign Nation’ 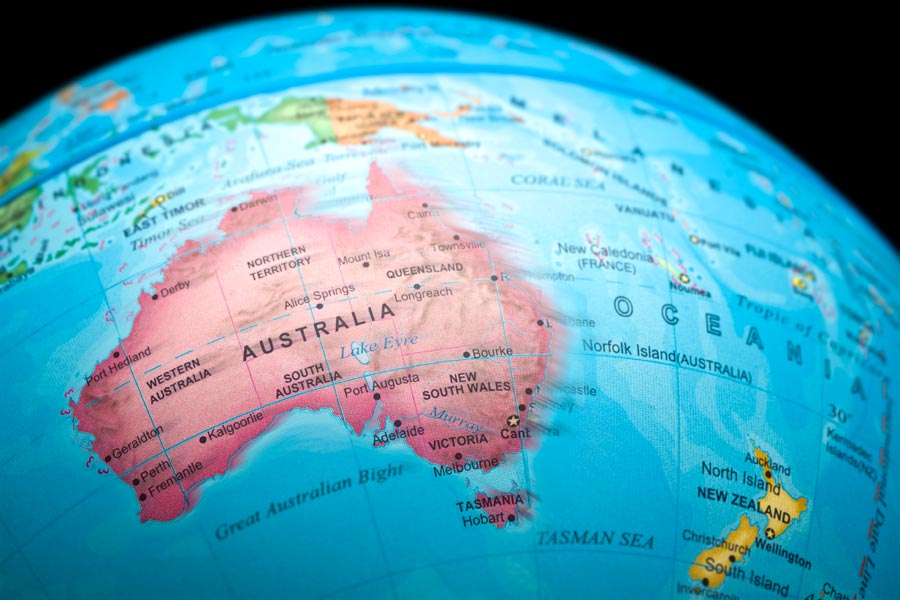 One of the pastors taking part in our recent Pastors’ Round Tables was Alex Perry, of Sanctuary Chapel in Canberra, Australia. During our live conversation, he spoke of COVID-19 lockdowns, which have been more extreme in Australia than in the U.S., and how his church had determined to continue in freedom regardless.

I mentioned to him that friends in New Zealand had told me their country had slid much further to the left than the U.S. has, and that the same was true in Australia. I asked Alex about that, and he responded with this email. It’s one man’s views as a strong Christian leader, published here with his permission, edited it for Stream style, including the addition of subheads. — Tom Gilson

Just thought you might be interested in the massive cultural shift that just happened in Australia. We have lurched so far to the left that I wonder if we will remain a sovereign nation within the next 3 years.

I think I said to you that we were culturally a step behind America I think we may have just leapfrogged into first place … which might be funny if it were not so diabolical.

Conservatives Pandering to the Left

For 9 years (3 terms) we have had a Liberal government (the conservative side of politics in Australia) and for the bulk of that we have had a “Christian” prime minister. Sadly, very little Christian fruit has been evident. However, I could argue that a “poor” Christian leader in government is better than a secular progressive one. But I have coined the term CINO as a result (pronounced chee-no). It stands for Christian In Name Only, riffing off your term RINO.

Our conservative parties have during COVID especially leaned farther and father left, trying to emulate Labour (our progressive liberal version of the Democrats). The conservative government took off the table bills that would have enshrined religious freedom, and instead have pandered to the lefty progressives.

It has become increasingly difficult to see the difference between the left and the right in mainstream Australia politics. Indeed, the major conservative party in the state of Victoria yesterday expelled a long-term elected member of parliament because he is outspokenly pro-life. Such is the state of conservative politics in Australia.

Last weekend we had a change in government. Many of the progressive ‘conservatives’ (yes it does sound like a contradiction — because it is) lost their seats. They lost their seats not to the other major party, but to independents backed almost entirely by private green money.

Why? Because they could never pander enough to the left to beat the left at their own game, well duh. These new independents have been called TEALs because they may have traditionally voted conservative (Blue in Australia rather than red), but have green aspirations. Hence, TEAL.

In reality they are just far left Greens backed by big private green money. Independents so called, all backed by the same source and with the same values, hardly seem independent (but what would I know). In fact, I wonder if this is the beginning of a new TEAL political party all together and the end of political conservativism in this country.

It is hard to imagine what this means, other than renewed vigor in attacking Christians, e.g., forcing Christian schools to hire non-Christians, and stopping them from teaching Christian values, especially in regard to gender, etc. Let alone radical green policies which will bankrupt our economy for the sake of a progressive, socialist agenda.

The part that I and many Christians are struggling with is that so much of our country, once fiercely, independent has voted for a nanny state that knows no bounds in taking freedoms away, redefining and eliminating free speech, re-imagining human rights — I kid you not, one of our un-elected representatives actually said that at the World Economic Forum! — and ransacking our economy for the supposed benefit of the planet and the detriment of those outside the progressive-bubble.

We have veered so far left as a nation that we are not so much sliding off the cliff, but taking it in one foul leap.

Other than that, it’s all good news … lol.

And yes, God is still on His throne and Jesus is Lord of all and we as Christians are filled with the Holy Spirit to embark on this rough journey ahead. That is our lot, as I keep reminding our church family, God is in the midst, even of our mess and we are to stand firm as Paul says and then to stand firm and then when the dust settles, we will still be standing, why? Because God.

Bless you and hope we get the opportunity to speak again.

Pastors’ Round Tables have ended for now, but there’s a related session upcoming: a 60-minute interactive discussion on dealing with crises of conscience in today’s culture, Tuesday, June 7, at 9:00 pm Eastern time. Sign up now!