What Do Atheists Mean by ‘A Lack of Faith’?

Having a “lack of faith” could be a device atheists use to hide their unwillingness to face disconfirming facts. 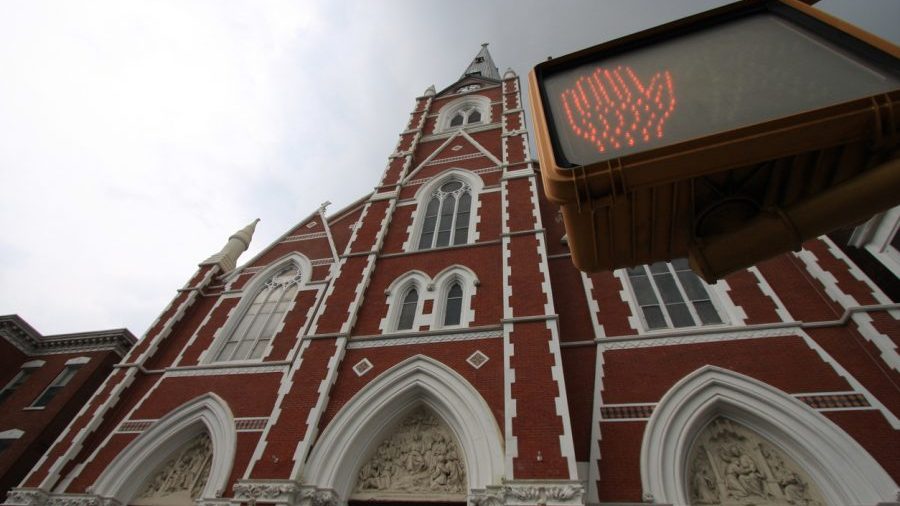 Atheists may be ones who won’t look at the evidence with open minds.

I had an interesting Facebook discussion not long ago, and it reminded me of one of the most fascinating results of my research on atheists. I argued with him that progressives would not want Christians to be granted freedom of conscience rights in the same way that they would freely allow for an LGBT business owner. The atheist disagreed, stating that progressives would be even-handed in their approach.

I felt that the evidence he provided was inadequate for his argument, but since I was dealing with an atheist, I decided to test something out. Often when asked to provide evidence for their beliefs, atheists argue that they do not need to, because they do not have faith in atheism. Instead, they argue, they have a “lack of faith” in theism. So I decided to turn that argument back on him. I told him I had a “lack of faith” that the progressives would treat the hypothetical Christian owner in a fair way. The atheist responded that since I had a lack of faith on that point, I didn’t need evidence for my position. I could make my statement without regard to any evidence.

So this atheist’s interpretation of saying “I have lack of faith” amounts to, “I don’t care about evidence, and in fact I don’t need to care about it.”

This makes me wonder about what an atheist means when he or she talks about having a lack of faith about God. Could it mean that no matter how much evidence a Christian produces, an atheist like this Facebook commenter would never be open to truly considering whether God is real? Any Christian who discusses the existence of God with atheists knows that it is quite common for them to say, as this person did, that they have a lack of faith. I do not know if this particular atheist uses that tactic in his discussions about God, but I am certain that he is at least aware of it. So when he told me that “a lack of faith” means evidence no longer matters, he may have provided me insight into how atheists use that term.

Let me be clear that this atheist is not unaware of how other atheists think. He is well connected and highly respected in the atheist community. He isn’t some unknown, uneducated internet atheist spouting nonsense simply to harass believers. It’s reasonable to think his interpretation of lack of faith is common among atheists. Is it possible, then, that when atheists talk about having a lack of faith, they generally mean that are not interested in evidence? I’m not saying my conversation with this evidence demonstrated that was true. But it did make me wonder.

As it turns out, though, my research on atheists brings further data to this question. My team and I interviewed several dozen atheists. One question we asked was whether they ever had any doubts regarding their atheism. We found out that about two thirds of them (65.2 percent) never had any doubts about it. Doubts indicate times when a person considers whether he or she may be wrong, so it appears that one common feature of atheism is an unwillingness to consider the possibility one may be wrong.

I am more confident about my faith precisely because I have challenged it in times of doubt. I think many of my Christian friends feel the same way.

Oddly enough, it’s Christians who seem to have a reputation for never doubting. I say “oddly,” because only half as many Christians (35 percent) say they never have doubts. I know that among my Christian friends, more than a third of them have expressed some doubt about their faith at some point of their lives. They had been at places in their lives where they sought out evidence that their Christian beliefs might be wrong.  I know I have. I do not see these periods of doubts as problematic. In fact, I am more confident about my faith precisely because I have challenged it in times of doubt. I think many of my Christian friends feel the same way.

Those who refuse to examine contrary evidence will never doubt. They can hang on to their beliefs without ever wondering if they might be wrong. So if atheists as a population are less likely to doubt their beliefs, it makes sense to conclude they are less willing to accept evidence that challenges those beliefs. The Facebook atheist’s comment on the meaning of “lack of faith” makes more sense in light of my research findings.

Ironically, my suspicions about the atheists’ willingness to test their assumptions flies in the face of their common self-perceptions. My atheist respondents spoke often of how they use science to reach their conclusions. They said they would be open to the possibility of alternate conclusions, if they saw the right evidence for it. I believe they believe in their openness. But this belief doesn’t square with their high unwillingness to question their conclusions about God’s existence. Which means we really can’t take their claims of open-mindedness at face value.

Having a “lack of faith” could in fact be a device they use to hide their unwillingness to face disconfirming facts. They choose to view themselves as ones who have never seen enough reasonable evidence for God. In reality, though, it looks like they may be ones who won’t look at the evidence with open minds.

So this phrase, “I only have a lack of faith in God,” may not be what it seems. It may be a handy way for atheists to avoid looking at the evidence. We would do well to be more skeptical of it in the future.

Update, February 10, 2018: The atheist in question has disputed this interpretation of his comments and this definition of “lack of faith.” As such my arguments about what a lack of faith means are entirely mine and not his. Regardless of his disputation of the interpretation, his statement did spark my interest in the topic and my look at the evidence surrounding doubt. I stand by my arguments.