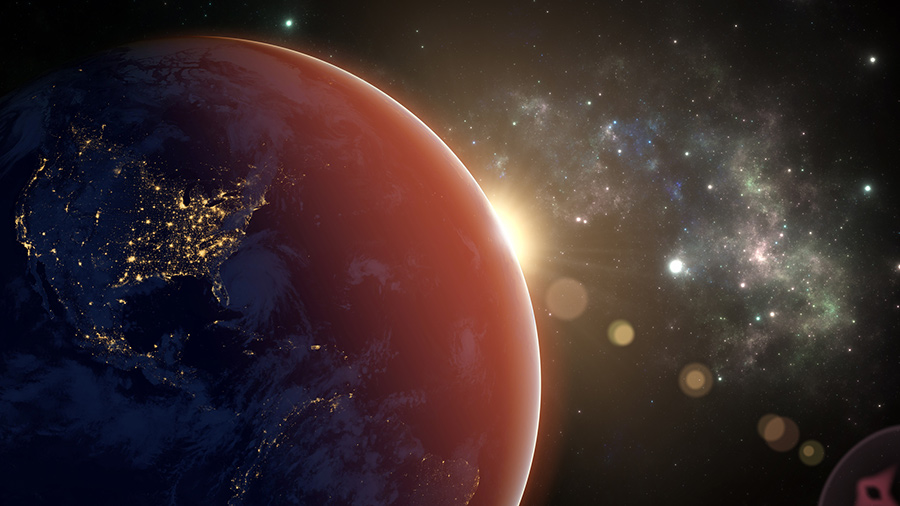 Atheists claim to be the rational ones, I wrote recently — and skeptically — with a promise to continue in a follow-up post. Their claim doesn’t hold up. There’s plenty of evidence for God, and good reason to doubt atheism. Why do they persist in it then?

Or I could direct the question to the atheist: Why do you insist your way is more reasonable, when your own thinkers tell you — as I wrote last time — that atheism means reason itself is impossible?

I know some of you have seen ugly religion and you reject it. If that’s your reason, I get it; all I’d want you to do is look at our Founder, Jesus Christ, and not blame Him for all our errors. It’s His greatness that makes Christianity true, not His followers’.

And as I wrote last time, I know some of you refuse to believe in what you cannot show scientifically. Last time I questioned whether that was as rational as some say. So for me the “why” question isn’t so easy to answer that way.

But if the Bible is true, and it’s a good explanation for reality, it also ought to be able to explain these differences of belief. It does. Understandably, it’s not very popular among atheists, but we need to consider it anyway.

So let’s dive in, see what it says, and consider how well it fits.

As I wrote last time, the Apostle Paul tells us in Romans 1:19-20, “For what can be known about God is plain to them, because God has shown it to them. For his invisible attributes, namely, his eternal power and divine nature, have been clearly perceived, ever since the creation of the world, in the things that have been made.”

But some people “suppress” that truth, as we’ll see in a moment. That means they could know it and they should know it — in fact, maybe they do know it — but they squash it. They deny it. Why? How?

It starts with unrighteousness, as Paul explains in verses 18 and 21-22:

For the wrath of God is revealed from heaven against all ungodliness and unrighteousness of men, who by their unrighteousness suppress the truth. … For although they knew God, they did not honor him as God or give thanks to him, but they became futile in their thinking, and their foolish hearts were darkened. Claiming to be wise, they became fools.

I told you this was unpopular among atheists. The thing is, though, at this point he’s writing about everyone, not just unbelievers.

If that isn’t clear enough yet, it gets that way later on in Romans 3. By faith and by God’s gift, some people say yes to the grace and truth He offers through Jesus Christ. Those who say yes are no better than anyone else, except as God makes them better.

The Urge To Create Manageable Gods

Anyway, part of what’s tied up in this unrighteousness is refusing to “honor Him as God or give thanks to Him.” It’s rebellion, in other words. Verse 23 in this passage goes on, “[they] exchanged the glory of the immortal God for images resembling mortal man and birds and animals and creeping things.”

It’s the impetus to create small gods, manageable gods, so we don’t have to deal with the Great God who is. But of course that’s just the old, animistic, tribal/pagan way of suppressing the truth. No one does that anymore, do they?

Sorry, but no. Consider it this way. If God isn’t the Creator from whom all nature came, than what is? Nature. Nature is our creator. “The cosmos is all there is, or was, or ever will be,” said that old secularist Carl Sagan. Elsewhere he added, “We’re made of star stuff. We are a way for the cosmos to know itself.” He might as well have said, “Behold your god!”

He might as well have said, “Behold your god!”

Nature takes the place of God, for atheists. Whereas Christianity says humans are the crown of God’s creation, made in His own image and for His glory, atheism says we descended from “birds and animals and creeping things” — to borrow a phrase from above. That’s who we can thank for our being here! Well, maybe not birds — they showed up on another branch of the evolutionary tree — but you get the picture. Either way, nature is our creator.

We don’t believe in animal-idols. We believe if you trace it back far enough, we came out of the mud. Is this a sign of advancing wisdom?

Now, I’ve had long, intense conversations with atheists who object, “I’m not suppressing any truths! There simply isn’t any evidence for God!” What they’re looking for is usually scientific proof, which means they’re trying to find God proved in nature. Their search is misguided, though, as I wrote last time.

But if you have any doubt whether Romans 1:18-23 still fits, read on through the rest of the chapter. It fits today’s unbelieving culture so closely it’s uncanny. Paul didn’t mean that every non-believer commits all those sins, but that this is the direction a non-believing culture will inevitably go. And it’s the direction ours has gone, down to every word of the description. The analysis fits. That’s a pretty good sign that it’s true — whether we like it or not.

God’s reality is easy enough to see, if we’re willing. But that means being willing to let Him be God, to honor Him as God, and give thanks. My prayer for atheists among us is that they’ll see God for who He is.

I have at least two more articles coming on this topic, including a clear answer to the all-important question, What can we do with this information for the good of all?

Does Science Prove the Resurrection Was Impossible?