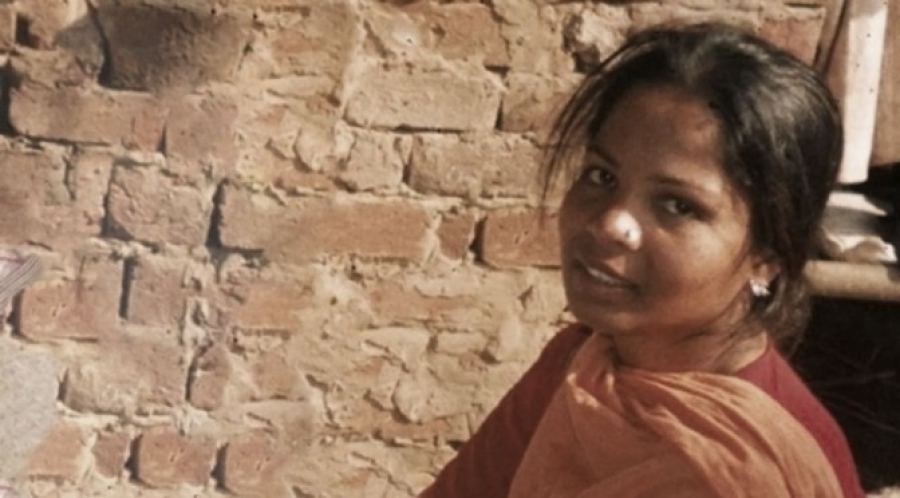 Millions of people in Pakistan are howling for the death of Asia Bibi. A Christian woman, she drank from a well claimed as “Muslim only,” then argued with them about the truth of Islam versus Christianity. For this she was convicted of blasphemy, and sentenced to death. Some courageous, freedom-loving Pakistanis fought for her freedom, and her conviction got overturned. But now she’s in danger again, as Western nations such as Great Britain refuse her asylum, out of deference to angry Islamist mobs they invited in.

I remember as if it were yesterday when millions of Americans were howling for the death of a different woman, Terri Schiavo. Her only crime was to have married a heartless man. When she got sick and ended up on life support, he wanted the doctors to kill her via starvation and dehydration. He’d already found another woman, you see, and the life of his ailing wife got in his way. It diminished his supply of happy moments. And since you couldn’t prove that Terri was having happy moments herself, the West’s new religion dictated that she must die.

Devout believers rallied to the cause of killing Terri, and courts found in their favor. In her own way, by clinging to life without any happy moments, Terri committed blasphemy too. And so she had to go. After a court fight and a failed attempt by George W. Bush to save her life, Terri was duly deprived of food and water. And slowly, painfully, died.

These two unhappy women have more in common than you might think. Here’s why.

I just finished a fascinating book by Fr. James Schall, S.J. He is that rarest of species, an orthodox Catholic Jesuit. He’s one of the very last men alive who remind us why the Jesuits were once considered the intellectual shock troops of the Vatican. Instead of the gay branch of the Freemasons.

Politicized Islam and Western secularism have much more in common than anyone realizes.

The book, On Islam, is a clear-eyed and starkly honest collection of essays written over two decades about that religion and the large, bloody footprint it leaves wherever it goes.

It plunges some very deep waters. Schall takes up and teases out a provocative suggestion. One that Benedict XVI threw out in his famous/infamous lecture at Regensburg. Namely, that politicized Islam and Western secularism have much more in common than anyone realizes. It’s not just that they’re united in the joint project of liquidating what’s left of Christendom. (And with it, meaningful freedom for citizens.) That’s true, of course, and it bears writing about. But more interesting is the reason for this alliance of mosque and abortion clinic. It’s not just one of convenience, but of conviction.

As Schall notes, the Osama bin Ladens of this world stand in perfect agreement with the Justice Anthony Kennedys. At least they do on the most important question we can ask. Namely, does ultimate reality conform to some principle of reason that informs the entire universe? All the way from tiny quarks to massive galaxies, from our moral lives as humans to how we wage war and make money? Or does something else reign supreme? Namely, Will, or self-assertion?

Reason Doesn’t Prevail in the World, But Rather Arbitrary Will

For Muslims the will that reigns supreme is God’s. And for Him to be “free” it must be an arbitrary will. He must be “free” to contradict Himself, dozens of times, on crucial questions, as in the Q’uran. (For instance, his flip-flops on whether to tolerate or kill “the unbeliever.”) In fact, he must also have the freedom to change the rules he laid down in the past. To break his promises. Or to make, remake, maybe unmake the world at any given time. To change his mind, in fact. He may justly damn those who obeyed his commands, and reward those who flouted them.

Does ultimate Reality conform to some principle of Reason that informs the entire universe? All the way from tiny quarks to massive galaxies, from our moral lives as humans to how we wage war and make money? Or does something else reign supreme? Namely, Will, or self-assertion?

In fact, natural science in the Muslim world was largely practiced by Christians and Jews, then mostly died out, for one simple reason. Orthodox Islam taught that it’s wrong to talk about scientific “laws.” It’s not that God made the world a certain way, and it now operates on its own by predictable rules. Instead, every single thing that happens is the direct result of God’s will, driving it to happen. Every rain drop falls not because of a “law” of gravity that inheres as part of God’s orderly creation. He orders each drop to fall. And he might change his mind, so you never really know. That’s why Muslims routinely say “Inshallah” when making predictions or plans. It translates as “If God wills it.”

Each of Us Is His His Own Personal Allah

In the West, the arbitrary, all-powerful Will that trumps reason is that of the individual self. As Justice Kennedy dictated — and remember that his majority opinion in Casey v. Planned Parenthood still stands as binding U.S. law — at the very heart of liberty is our right to invent moral codes and assert our own answers to the “mystery of human life.” He wrote that to keep abortion legal, and indeed you find pro-choicers willfully dodging the obvious answer of science. Human life starts at conception. Not when the mom decides to post the ultrasound on her refrigerator because she “wants it.”

But the assault on reason and knowledge doesn’t stop there. Now we’re supposed to pretend that the difference between men and women isn’t biological. That this basic mammalian reality is a “social construct,” which we must bend and twist and stretch to suit … the individual will of any person who wishes. Amusingly, one man has announced that he “identifies” as 20 years younger, and demanded that the state change his birth certificate to match.

That sounds absurd, but wouldn’t every jot of “transgender” theory have seemed equally absurd, before the culture bullied us into pretending to accept it? All this nonsense follows from the absolute sovereignty of the individual will, which “moderate” Justice Kennedy made the law of our land.

It’s more than the law. It’s the religion of the secular left, its sharia, and those who transgress it are guilty of blasphemy.

The Sacred Name of Diversity: The New Secular Blasphemy Laws