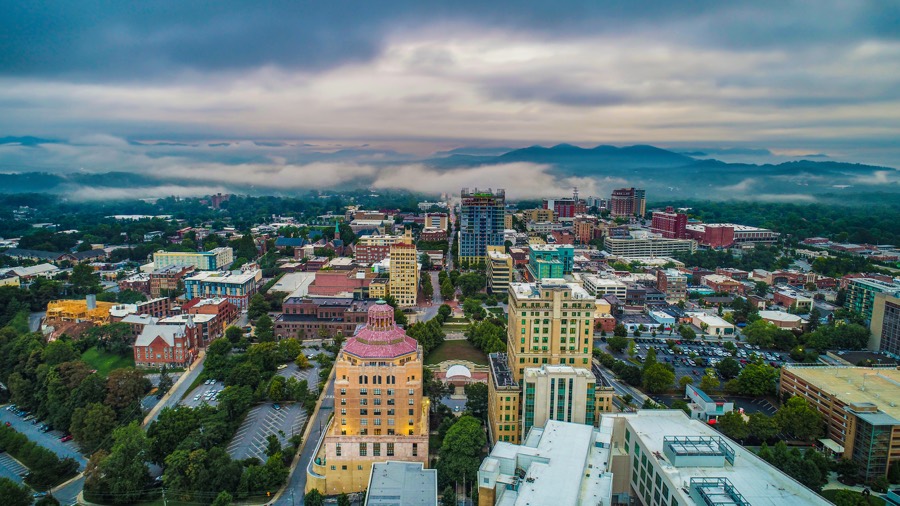 Monday was a study of sharp contrasts in Asheville, North Carolina. On one side of town, Temple Baptist School was subjected to a local news hit piece for its stance on sexual morality. Meanwhile, on the other side of Asheville., students from North Buncombe High were protesting standards that would allow members of the opposite sex in their bathrooms. They don’t feel safe.

You have to wonder whether how many of the North Buncombe kids wished they could be attending Temple Baptist School instead.

The Temple Baptist article by reporter Brian Gordon was published in the Asheville Citizen Times. Gordon had called Brian Washburn, principal of Temple Baptist, for an interview. He wanted to ask about state-funded “Opportunity Scholarships” some students use to help cover tuition fees at the school.

Opportunity Scholarships are a state-wide program. Washburn says their purpose is to “level the playing field.” They “allow less advantaged students to attend private schools.” Dozens of schools receive them across the state, including at least one other in Buncombe County. Schools have no part in students’ receiving the scholarships. It’s all handled between parents and the state. Payments are made directly to schools on behalf of students.

In Washburn’s view, someone is gunning for schools that don’t toe the proper line. “I don’t know if the attempt is to harm us specifically,” he said. “But I am certain the attempt is to limit the opportunities. They either want to do away with it completely or to limit it to schools that would be more philosophically aligned with popular opinion. So in other words if I don’t condone homosexuality, they won’t send money here for kids to use.”

“Schools have a unique and powerful opportunity to support transgender students, including those going through a gender transition, while providing education to the entire school community. Regardless of how students transition or express their gender identity, all students have the right to have their gender identity recognized and respected by their school community.…

“Transgender and gender nonconforming students must be provided access to safe facilities (restrooms, locker rooms or changing rooms). A transgender student may not be required to use a facility that conflicts with the student’s gender identity consistently asserted at school. …

“Students must be permitted to participate in all school activities (e.g., overnight field trips) in accordance with their gender identity consistently asserted at school. Requests for accommodations to address privacy concerns will be addressed on a case-by-case basis in a Gender Support plan developed with the student and parent(s) or guardians.”

The scholarships have passed state Supreme Court muster, including their use in private Christian schools. Nevertheless the Citizen Times article’s lead sentence reads, “At Temple Baptist School in West Asheville, students are taught homosexuality is a sin.” It was just one of a lengthy list of topics Washburn had discussed with Gordon. But of course it had to be the article’s lead.

And of course there are always “critics” who disagree. Gordon obtained this quote from Buncombe County commissioner Jasmine Beach-Ferrara: “School should be a safe, affirming environment for all students, including LGBTQ students. Curriculum that in effect shames LGBTQ people for being who they are stokes a harmful and unnecessary hostility. Taxpayer funding should never be used to subsidize these kinds of lessons.”

The reporter also mentions that Beach-Ferrara is executive director of the Campaign for Southern Equality. He neglects, however, to point out that organization’s mission. Its home-page statement reads, “The Campaign for Southern Equality is working to build a South where LGBTQ people are equal in every part of life. A South where your zipcode doesn’t determine your rights. Where all of us are free to be who we truly are and love who we truly love.”

It’s not hard to find a critic, if you look in a place like that. Asheville is noted for having a high LGBT population. Apparently the zip code is already favorable there.

Gordon also zeroed in on the Christian school’s science classes, noting that they teach young-earth creationism. He managed to inject a science blunder of his own, though. He claimed that scientists use radiocarbon dating to estimate the world is about 4.5 billion years old. The age claim is close enough, but radiocarbon methods are good for no more than 50,000 to 60,000 years.

Meanwhile, Protest on the Other Side of Asheville

Gordon’s hit piece makes events across town the same day all the more interesting. Students from North Buncombe High School stayed out of class to gather at the Board of Education building. They’d come to protest guidelines that allow boys to use girls’ rooms based on their declared gender identity. Some of their protest may have been based on false information, said a school district representative. But the standards themselves do not seem so ambiguous.

“And I’m thinking, what a contrast in philosophical vantage points; that I’m being harassed, for lack of a better word, about being against homosexuality. And here’s a poor girl going to public school who doesn’t even feel safe in her own restroom, because of all the upside-down approach to sexuality and transgender that’s not only being allowed but in many cases promoted.”