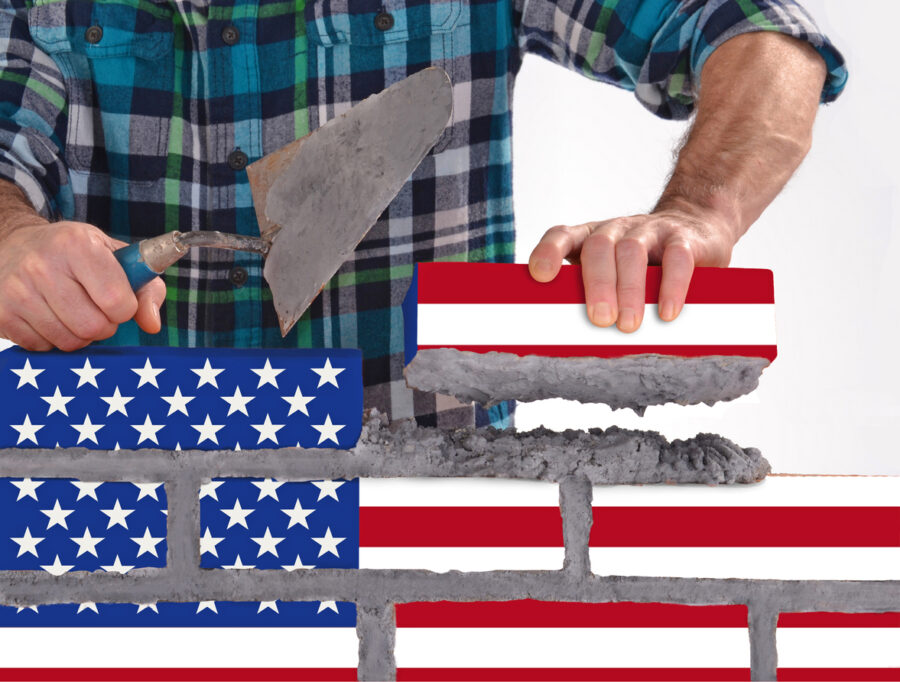 The Supreme Court, which showed zero interest in looking into the 2020 Election, at least seems a little more keen to protect future elections. But several Republican states aren’t trusting the High Court to protect democracy. They’re doing it themselves. Especially as the House of Representatives are pushing a bill, HR-1, that would be a disaster for fair elections.

On Tuesday, SCOTUS heard arguments over 2016 Arizona legislation designed to limit the possibility of fraud. As the Associated Press reports, a majority of the justices appeared to side with the right of state legislatures to craft election laws. Arizona’s law limits who is able to collect and turn in ballots for others. Only family members and caregivers can return a ballot for another person. This curtails the heinous practice of ballot harvesting.

Which makes their refusal to hear other election cases that much more perplexing. And possibly revealing.

In Pennsylvania, the secretary of state, governor and state supreme court ignored the state constitution to create their own election procedures, which created a dubious “victory” for Joe Biden. The court refused to hear that case. This week tossed without comment a lawsuit by Sidney Powell detailing election irregularities in Arizona and Wisconsin.

Although SCOTUS didn’t comment on the dismissal, Powell herself did.

The Supreme Court’s failure to date to address the massive election fraud and multiple constitutional violations that wrought a coup of the presidency of the greatest country in world history completes the implosion of each of our three branches of government into the rubble of a sinkhole of corruption.

It is an absolute tragedy for the Rule of Law, the future of what was a Republic, and all freedom-loving people around the world.

A year ago tomorrow, Senate Majority Leader Chuck Schumer’s stood on the Supreme Court steps and told Trump-appointed judges, “you have released the whirlwind and you will pay the price.” Remember that?  One can’t help but wonder if the threat has paid off. The justices did not want to pay the price of following the law. They knew the whirlwind of destruction Schumer’s party would dish out on the nation.

Nothing to See Here Folks

After all, there was no voter fraud in the 2020 election. To suggest otherwise is a “conspiracy theory.” “Baseless.” “False allegations.” “Trying to overturn the will of the people.” There is absolutely nothing to see.

But the evidence keeps mounting. The latest: Blaze TV’s Steven Crowder uncovered a whole slew of voter addresses in Nevada that don’t match up to real addresses … including a vote from a Clinton operative named Christina Gupana, who vanished after being accused in an earlier voter scam.

Somebody hacked into the system shortly after the show aired last Tuesday night and changed the address, and according to Crowder, changed other addresses that they had highlighted. In case you’re wondering, Clark County typically only updates data files on Mondays.

But there’s nothing to see folks. After all, the idea of voter fraud and fake ballots and illegal ballot harvesting is just a myth. A fantasy. A MAGA-sized delusion.

Fortunately, other authorities are more responsible than the Supreme Court. Arizona, Georgia, and Texas, for example.

In Arizona, a Maricopa County Superior Court Judge ruled the Mariocopa County Board of Supervisors must turn over 2.1 million ballots, 300 election machines and other election materials so the state legislature can conduct a formal audit of the 2020 election. Judge Timothy Thomason declared Friday that it was within the state senate’s authority to subpoena the materials and equipment.

The state senate had subpoenaed the records months ago, but Democrats and the Board of Supervisors fought tooth and nail against the subpoena.

Yes, it is perfectly acceptable to ask “Why did they fight it?” Why is it a piece of building lumber gets treated with more respect than a presidential election? Lumber you measure twice and cut once. You make sure you got it right so you don’t do damage you can’t undo. Not so with presidential elections. Not if Democrats can help it.

As you know, Georgia’s Secretary of State Brad Raffensperger ignored the state legislature and made a dreadful deal with Stacey Abrams and Perkins Coie lawyer Mark Elias of Steele Dossier fame to practically quash signature verification in the state. (Among other concessions that left the door open to hanky-panky.)

So when countless ballots continued showing up after Election Day, there went Donald Trump’s big lead in the state.

And when an effort was launched to clean voter rolls before the special Senate run-offs in January, a federal judge blocked it. A federal judge who happens to be Stacey Abram’s sister. Nepotism. It’s fantastic.

Democrats call these obvious, common sense measures “voter suppression.” In fact, they were so angry at the legislature they protested inside the state capitol Friday. Among the signs, “You Can’t Stop the Revolution.”

Texas on Monday announced the arrest of a judge and two others on charges of illegal ballot harvesting in the 2018 primary election. In January, Texas arrested “ballot chaser” Raquel Rodriguez, who had been caught by Project Veritas boasting about her mail-ballot harvesting operation.

In November, as Texas Scorecard reports, “a Limestone County social worker was charged with 134 election fraud felonies after allegedly submitting false voter forms for disabled and mentally incapacitated residents of a state-supported living center ahead of the 2020 election.

Although dozens of states are trying to tighten their laws to prevent another “Mr. 80 Million” debacle in 2024, the Democrats on Capitol Hill are also fighting to guarantee our election systems are as wide open to fraud. Today, the House is voting on HR-1, which will put universal mail-in ballots on steroids, eliminate Voter ID, mandate same-day voter registration, give felons the right to vote, make it much harder to maintain accurate voter lists. And it will pull power from the states to set their own rules for elections that the Constitution gives them.

Your task, if you like free and fair elections … or believe in the concept of one-legal citizen, one-vote: Call your senators and members of congress and insist they stop this HR-1 travesty. Then work hard to elect like-minded state representatives, so your states can ensure proper elections.

Steal one, shame on them. Steal another, shame on us.