The nation's 250th birthday is seven short years away. What we do now will go a long way in determining whether it's a party or a dirge. 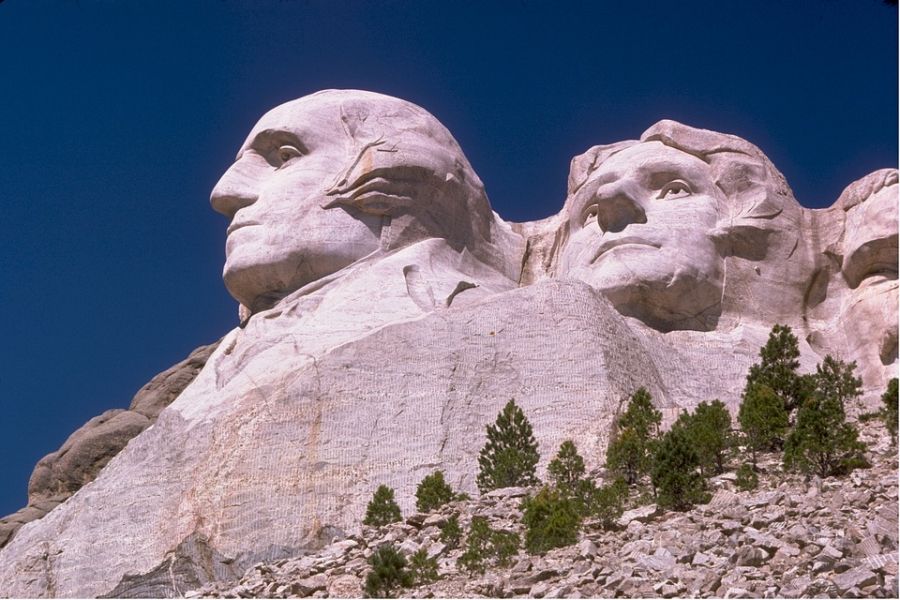 Listening to Beto O’Rourke, it is clear our Founding Fathers made a crucial mistake. They should have insisted that to be eligible to run for President, you must actually like the country you wish to lead.

With the smoke from Independence Day fireworks still in the air, O’Rourke told a group of immigrants and refugees, “This country was founded on white supremacy.” To people who want to be in this country, he declared: “And every single structure that we have in this country still reflects the legacy of slavery and segregation and Jim Crow and suppression.”

If only we could blame it on too many drugs in the ’90s. If only he was alone in rejecting our founding and foundations.

A few days before Independence Day, the city council of Charlottesville voted to stop celebrating the birthday of native son Thomas Jefferson. A few days after July 4th, the San Francisco city council voted to paint over an historic mural of George Washington at a local high school. Even Betsy Ross is getting shamed. You can’t even put her flag on a sneaker! The examples of Democratic leaders diminishing, dismissing, denigrating, eviscerating and erasing this nation and her founders adds up by the hour.

These people stand on the shoulders of Jefferson and Washington, and rather than be grateful for the view, they look down and spit.

250th Anniversary of Declaration is Close at Hand

On the Fourth of July, President Trump celebrated our founding and our achievements. For this, he was mocked. Yet, Trump was doing something vital. Reminding people what this country was about. WHY this nation is worth the fireworks.

The “Salute to America” also brought home a crucial fact. We are just seven short years away from the 250th anniversary of the Declaration of Independence. Given the planning that’d be involved, the president elected in 2020 will play a major role in setting the tone for America’s 250th birthday. That president will leave office a mere 18 months before July 4, 2026. Will he or she set in motion a celebration? Color the land figuratively in red, white and blue? Or will he or she be wearing black?

Will the nation “salute” America’s founding a la Trump or will it savage it a la Beto and his Democratic cohorts? Given the full-throated efforts of progressives to remove our Founders from places and events of honor, will Thomas Jefferson and George Washington even be invited to the party, let alone welcomed?

It is the task of all who love America and understand what a gift was given humanity in 1776 to make sure they are. Like actor Jon Voight cleaning the rain-soaked seats of Gold Star families, it is us to up to set up and clean the seats of honor. And we must start now.

We can’t let the “America was never that great. This country was built on white supremacy. Open the borders” crowd do the party planning. We can’t let Hollywood and the mainstream news media do the advertising. If we do, we will end up with a 250th Anniversary of the Declaration of Independence that’s more Antifa than Minutemen.

This election will go a long way in answering a vital question: “What will America be on July 5th, 2026?”

Will America’s guide star be Jefferson’s words: “We hold these truths to be self-evident; that all men are created equal; that they are endowed by their creator with certain unalienable rights; that among these are life, liberty and the pursuit of happiness”?

Or will we be guided by declarations of “my truth, with equal outcomes for all”?  No creator, and no rights but those endowed by government. No unalienable right to life, whether in the womb or the nursing home. No liberty, but the liberty to serve the state. No happiness to pursue, except the “happiness” of doing what the state tells you.

Will we carry the creed “liberty and justice for all” or suffer under the billy clubs of social justice warriors?

A week after Betsy Ross was pummeled — Betsy Ross!!! — the current heading is clear. Unless we step up immediately.

We hold the answer. Through education, edification and illumination. Through defending our founding principles and those who put them into practice. As Jefferson said, “Enlighten the people generally, and tyranny and oppressions of the body and mind will vanish like evil spirits at the dawn of the day.”

We must enlighten. And to this task and to our nation we must pledge our “life, fortune and sacred honor.”

It’s the least we can do. After all, the Founders did it for us.