As Another Christmas Arrives, Hindu Extremists are Yet Again Targeting Indian Christians

The war on Indian Christians continues, in the name of radical Hindu nationalism. 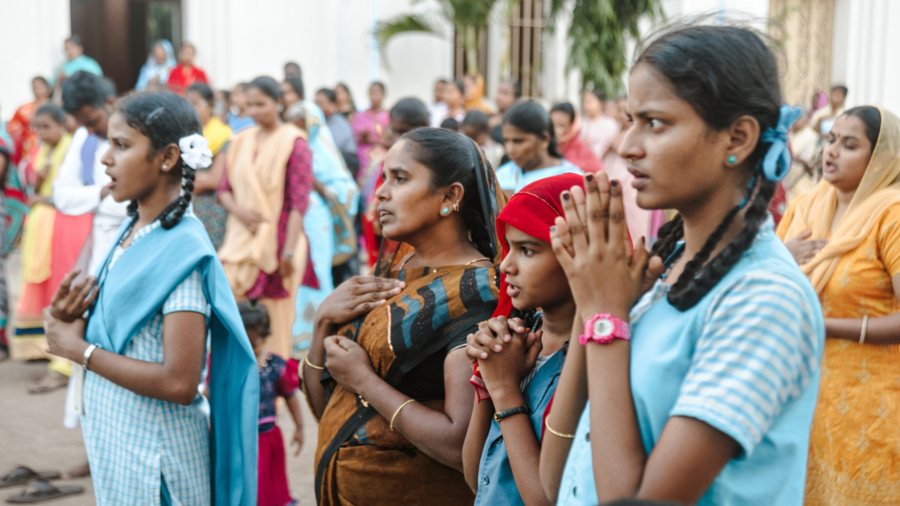 For a couple of decades, Christmas has meant trouble for Indian Christians. During the holiday, Hindu extremists ramp up attacks on Christian churches and organizations, always with the same accusations of force and fraudulent conversions.

It appears that Hindu extremists just cannot understand or accept that there are Indians of various backgrounds, castes, and religions who find Jesus Christ extremely attractive. Many of them freely choose to follow and believe in him of their own accord. Perhaps these extremists don’t watch the many testimonies shared on YouTube of Indians who have found Jesus.

Instead of enjoying freedom of religion, we get surprised by a news report that the Indian government has suspended even World Vision’s license due to the FCRA (Foreign Contribution Regulation Act). World Vision in India is completely secular. They do not engage in anything related to evangelism, even at the expense of being criticized by other Christian groups.

Are Christians in India free to practice and share their faith in India? Or have we ignored human rights laws and banned certain religious groups altogether?

How does anyone become so socially callous as to refuse to take into consideration the recipients of World Vision’s charitable work? It’s not just big non-government organizations like World Vision. In 2022, thousands of Christian groups found their licenses to receive foreign money suspended. Most of these NGOs are involved in great, compassionate social work that our people depend on. The lives of millions are now affected by today’s growing economic crisis. The poor in India face the worst of it.

At the same time, there is an open door for investment in the business sector and the wealthy continue to become rich in the absence of a philanthropic social structure. The poor, the hungry, and the unemployed are left to fend for themselves without a helping hand. A massive social crisis is brewing in India among the impoverished. The hunger index number given to India by independent agencies is very concerning.

Accusations of Forced and Fraudulent Conversions

Other petitioners are challenging this defaming of the Christian community in the Supreme Court. They point out that earlier petitions by the same person both in the High Court and Supreme Court have been rejected. The Supreme Court, however, has asked for a report from various states on the issue of forced conversions. That comes even after the states that have anti-conversion laws have been unable to prove in a court of law that forced conversions even take place. This would be the appropriate time for the Indian government to appoint an independent committee consisting of respected leaders from different religions to present a white paper showing the extent of forced and fraudulent conversions.

Is Helping the Poor Now a Crime?

The practice of the Christian faith involves engaging in all kinds of social and compassionate activity because of Jesus’ teachings. Is helping the poor now a crime? And if people who are touched by the love of Jesus decide freely to follow him, is that also a crime? It seems obvious, but decisions like that are clearly an Indian’s individual right. Furthermore, our Constitution guarantees this.

The biggest question is whether the Supreme Court will protect the rights of Christians to freely propagate and practice their faith. Most importantly, are they going to assume that poor and marginalized groups of people are incapable of making individual decisions regarding faith? The State appears to be interjecting itself into areas of personal freedom guaranteed by the constitution.

Even during Jesus’ lifetime when people experienced the supernatural power of God, they turned to faith in Him. They were healed or touched by his compassion and began to follow him.

Right-wing Hindu extremists who are working towards Hindu Nationalism are just as dangerous as those who advocate for Islamic nationalism or Christian nationalism. The message of Christmas, which is an offer of peace and goodwill towards men, is lost in this current context.

A Fundraiser in Texas to Demolish Churches in India

We see this rise of Hindu extremists spreading like wildfire across the globe. Just look at the case of the Frisco, Texas, fundraiser, where one of the explicitly stated goals was to raise funds in order to demolish Christian churches in India. Foreign funding from Hindu extremists outside India is a startling reality.

In the end, if these legal maneuvers, private initiatives, and government tactics prevail, there will be only violence against other religious faiths and minority communities — all with the tacit approval of local governments. India watchers are predicting these issues will escalate. Our great nation of India is sadly now even included on genocide watch lists.

As Indians who take pride in our country and its constitution, we need to decide if we will continue to ignore the extremists targeting Christians, and others. As peace-loving Indians, we need to determine if we will completely ignore this season’s message of peace on earth and goodwill toward all people.

Archbishop Joseph D’Souza is an internationally renowned human and civil rights activist. He is the founder of Dignity Freedom Network, an organization that advocates for and delivers humanitarian aid to the marginalized and outcastes of South Asia. He is archbishop of the Anglican Good Shepherd Church of India and serves as the president of the All India Christian Council.

God’s Heart for the Nations