As a Jew, This is Why I Celebrate Black History Month 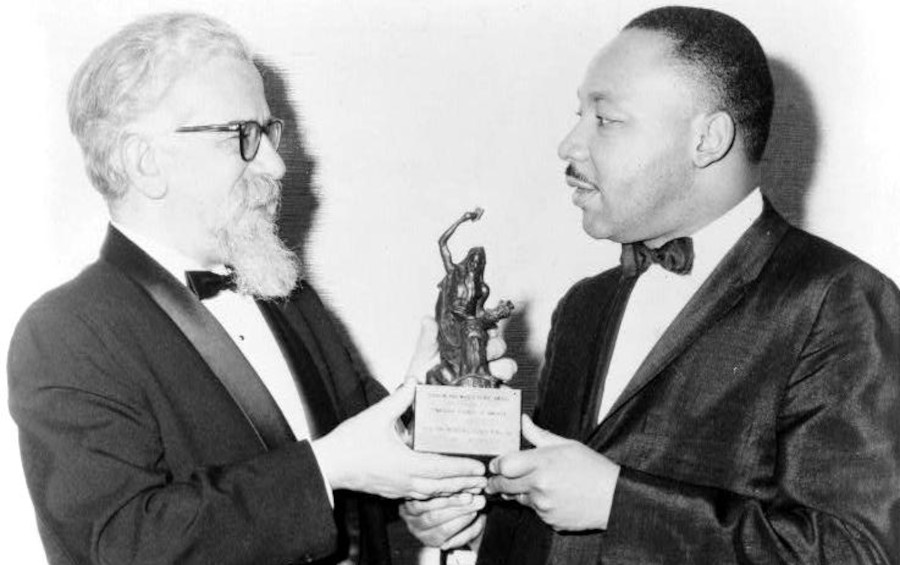 Half a century ago, the Jewish community stood side by side with African Americans as they marched peacefully to demand their rights as citizens and as children of God. The voice of the Jewish community was heard loud and clear in support of the civil rights movement, led by the courageous Rabbi Abraham Joshua Heschel, who marched alongside Dr. Martin Luther King Jr. and other African American leaders in Selma in 1965.

The Pain of a Common Struggle

I firmly believe, just as my father Rabbi Yechiel Eckstein believed, that there are close parallels between the history of African Americans and the history of the Jewish people. Hardly anything in life ties people closer together than the pain of a common struggle. If there is any people that could identify with the circumstances of black Americans, it is certainly their Jewish brothers and sisters. We both possess, as Rabbi Joachim Prinz once put it, “a history of slavery, oppression, ghettos, hate and deprivation.”

Hardly anything in life ties people closer together than the pain of a common struggle.

“In recalling our own exodus from slavery and bondage,” my father once wrote, “we are to actively seek freedom for all those to whom it is presently denied.” While progress has been made, it is a sad fact that racial injustice persists in our society. We saw this yet again recently, as a wave of bomb threats targeted black colleges and universities in the U.S. As these acts of hatred, violence, and injustice served as a wake-up call during the civil rights movement, they should serve as one now.

A Passionate Plea Against Injustice

I recall Psalm 82, which is a passionate plea against injustice: “Defend the weak and the fatherless; uphold the cause of the poor and the oppressed. Rescue the weak and the needy; deliver them from the hand of the wicked.” While the simple meaning of this Psalm suggests that it is addressing judges, officers, and the like, I think that the psalmist’s sentiments can be addressed to us — all of us. Injustice is an affront to all, and it is up to all of us to do our part to eradicate it, even if others remain silent.

As the Jewish sages taught thousands of years ago, “In a place where there are no men, strive to be a man.” When no one else is stepping up to the plate, and especially when those in powerful positions are not fulfilling their roles, we should step up and assume that responsibility as best as we can.

Before he died, my father often reminded us that it was an 86-year-old African American Baptist pastor from Virginia who first opened his eyes to the love Christians have for Israel and her people. It was that discovery that eventually led him to found the organization I now lead, the International Fellowship of Christians and Jews (The Fellowship).

The Fellowship is a bridge-building organization, and now more than ever our world is in need of bridge-building to heal our hurt and deep division. We must despise evil actions, but not despise people. We must communicate honestly, yet in a spirit of love. When the world largely ignores the suffering of those in distress, we must pay attention, step up, and take action to alleviate that suffering in whatever way we can.

In Hebrew, the word for charity is tzedakah, which shares the same root as the Hebrew word for justice. This is because charity is not just a kindness in Judaism. It is justice, our social and spiritual obligation.

There is one portion of the Passover prayer we read every year that is uniquely valuable for my African American friends and their struggle today:

May He who broke Pharaoh’s yoke forever shatter all fetters of oppression, and hasten the day when war will be no more. Soon may He bring redemption to all mankind — freed from violence and from wrong, and united in an eternal covenant of brotherhood.

I am praying that prayer over you — and all of us — now, and always.

Yael Eckstein is the President and CEO of the International Fellowship of Christians and Jews. In this role, she also holds the rare distinction of being a woman leading one of the world’s largest, religious not-for-profit organizations, having raised $1.8 billion — mostly from Christians — to assist Israel and the Jewish people. Her most recent book is Generation to Generation: Passing on a Legacy of Faith to our Children.