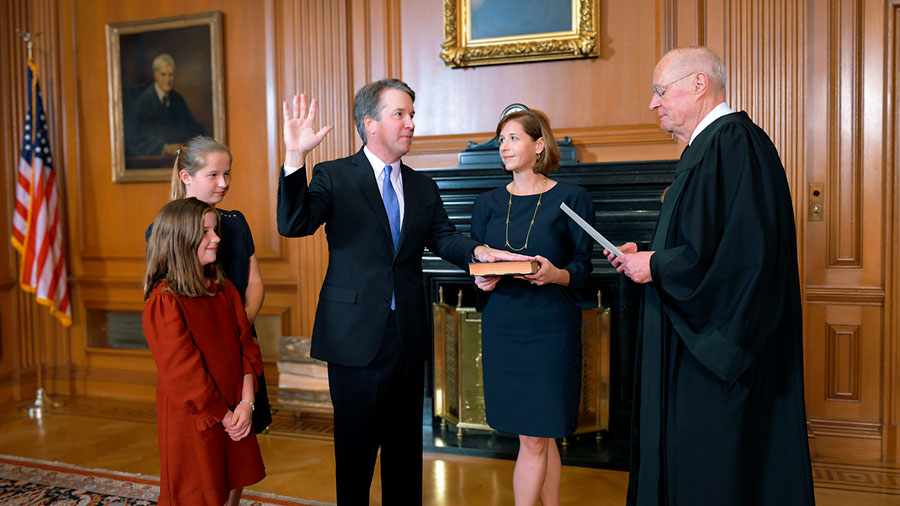 The terror campaign unleashed by pro-abortion forces across this land showed up 1:05 a.m. Wednesday morning at the home of Brett Kavanaugh. An armed man was arrested near Kavanaugh’s home after expressing his intent to kill the Justice.

He had the means. The suspect, 26-year-old Nicholas John Roske of Simi Valley, Ca.,  was found with a gun, knife and pepper spray. Roske was also carrying zip ties, tactical chest rig and burglary tools.

According to The Post the suspect told police he was upset by last month’s leaked opinion of Dobbs v. Jackson Women’s Health Organization indicating the Supreme Court has ruled to overturn Roe v. Wade.

The criminal complaint accuses Roske of “attempts to kidnap or murder, or threatens to assault, kidnap ormurder, a United States Judge, to wit: a current Justice of the Supreme Court.”

NEW: Here's the federal affidavit against the man accused of trying to kill Justice Brett Kavanaugh.

According to the affidavit, Roske planned to kill Kavanaugh to give his life “purpose,” and then take his own life.

He told police he found Kavanaugh’s address on the internet. It was posted there by a radical group called “Ruth Sent Us.”

News of the leaked SCOTUS decision launched a wave of violence against pro-life pregnancy centers and churches. LifeNews counts 30 attacks and fire-bombings thus far. Not only has security been increased around the Justices, but a fence now circles the Supreme Court itself.

Hours after today’s arrest, the Court announced it would not be release a ruling today on Dobbs v. Jackson Women’s Health Organization.

Is this Justice Kavanaugh and the pro-life movement “reaping the whirlwind”?

On May 5, 2020, these words from then Senate Minority Leader Chuck Schumer directed at Justices Kavanaugh and Gorsuch at a pro-abortion rally outside the Supreme Court:

“You have unleashed the whirlwind and you will pay the price. You won’t know what hit you if you go forward with these awful decisions.”

In which Chuck Schumer threatens TWO sitting Associate Justices of the Supreme Court of the United States. pic.twitter.com/pA3mryeVK2

(This story has been updated.)