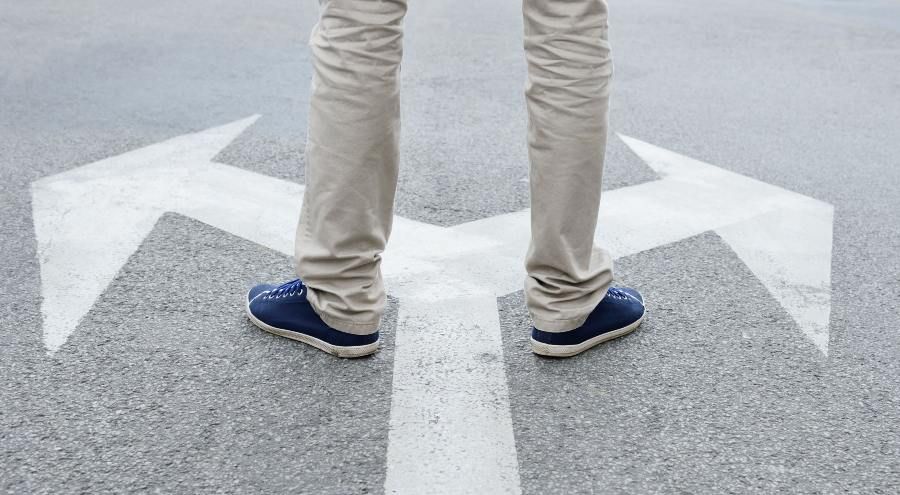 Arizona is about to pass the broadest school choice law in history. It expands Arizona’s Empowerment Scholarship Account (ESA) eligibility to include all K-12 students. That’s 1.1 million students.

Arizona’s ESAs have been around since 2011. But their usage has been limited. To qualify, children needed to be attending a failing public school, have a disability, have parents in the military, be in the foster care system, or live on a Native American Reservations. Just under 12,000 students have been enrolled.

But now every K-12 child will be eligible to receive about $7,000 per year to attend an alternative school of their choice. It could be a public school outside their district. It could be a private school, homeschool, or charter school. It could even be a religious school. In fact, the ESA funds can go toward any legitimate educational expense, including tutoring, music lessons, or even a local youth sports league (physical education).

Instead of tax dollars exclusively funding public school districts, and limiting the option of residents to their local school district, with ESAs, the dollars fund students directly. That puts parents in the driver’s seat. Mom and Dad use the ESA allowance to enroll their children in the schools of their choice.

Arizona Rep. Jake Hoffman says HB 2853’s passage was driven by the “woke agenda” in many public schools and the limited learning that occurred during the pandemic. With Arizona — like many other states — enjoying a budget surplus, parents are chomping at the bit. It could also be that politicians are reading the tea leaves on what happened in Virginia last year. Mr. Youngkin started winning after he identified with parents wanting more say in their kids’ education.

Some worry that school choice will take money away from public schools. But Arizona taxpayers spend more than $11,000 per pupil in public schools. So, a kid using an ESA is using taxpayer funds more efficiently. Plus, the way their law works, each time a student leaves a public school with an ESA, over $600 is put back into the public school system. Even though it no longer serves that same kid.

Competition forces everyone to step up their game. Consumers win when monopolies are busted. Arizona enacted the country’s first tax-credit scholarship in 1997. They also were the first to have ESAs. For the past two decades, Arizona has led the nation in gains on the National Assessment of Education Progress (NAEP). The results from 2009-2015 are similarly striking: 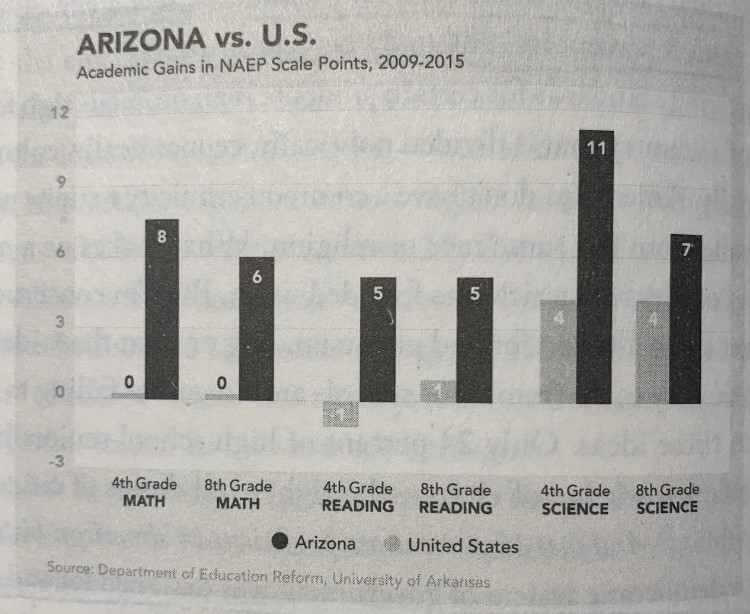 Could it be that those using the ESAs are naturally better students? That’s part of the “cherry-picking” myth often used to discredit school choice concepts. The idea is that alternative schools — charters, privates, etc. — will only accept the better students, leaving the traditional public schools with, on average, students with greater academic, emotional and/or physical needs.

The Goldwater Institute evaluated who has been using ESAs in Arizona. They found that in 2019, 58% of ESA students qualified for special education. ESA students were also primarily from poorer communities. Jason Bedrick of the Heritage Foundation reported that 8 out of the 10 districts with the highest share of ESA students had above-average child poverty rates. The top three had child poverty rates that were more than double the state average.

So, the ESAs have been primarily benefiting disadvantaged students — and the state, overall, has made impressive academic gains. We have every reason to be confident that these gains will only increase once ESAs are made available to everyone.

This is another common concern. If parents hold the purse strings on tax dollars, how do we know they’ll use it for legitimate purposes? Are there guardrails to protect against fraud? Participants have to verify Arizona residency, select schools and service providers that have proper credentials, and can only use funds for allowable items. They cannot hire immediate family members. They must use some of their funds for reading, grammar, mathematics, social studies and science. Expense receipts must be uploaded on a quarterly basis. There’s a lengthy parent handbook.

Education Week once reported that “Arizona parents fraudulently spent $700,000 in fiscal 2018 on banned items and services.” But some of this misspending was unintentional. Or were for expenses that had been approved in the past. Rules were changing or being applied inconsistently from one year to the next.

Other examples were trivial. For example, several families from a Navajo reservation were threatened for expulsion for enrolling their kids in a school outside of Arizona. It was an accident. The school was a quarter of a mile into neighboring New Mexico.

Even with these examples, total misspending in the 2017-2018 school year amounted to 1% of the budget. That’s about the same as the fraud and misspending rate in the food stamp program (SNAP). Other government programs have worse track records. In 2018, Heritage Foundation scholar Jonathan Butcher found that the National School Lunch and Breakfast Programs had improper payment rates of 16-23%.

In 2018, school choice opponents blocked a measure that would also have expanded ESA eligibility (Prop 305). They’ve vowed to do so again. But Arizona House Majority Leader Ben Toma says they’ve learned from that setback. HB2853 was designed to have broader support. For example, Prop 305 had a cap on the number of participating students. That led some ESA advocates like the American Federation of Children to oppose the measure. No such cap exists with HB2853.