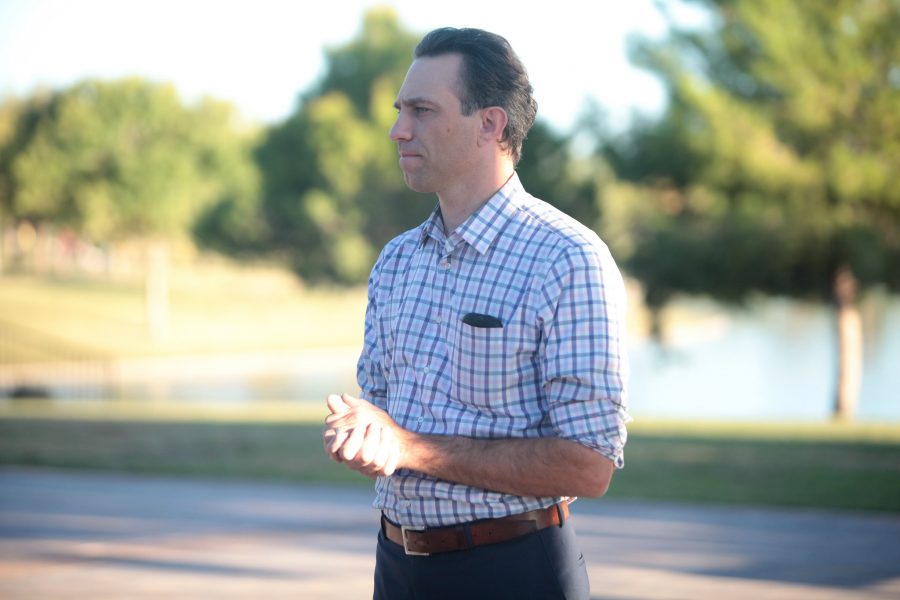 It could hardly come at a better time.

“You have to pay attention to who’s in the room” if a baby is born alive, Dr. DeShawn Taylor told investigators with the Center for Medical Progress. “Because the law states you are not supposed to do any maneuvers after the fact to try to cause fetal demise.”

Democrats presented abortion as “compassionate” and providing medical treatment to newborns as “torture.”

“Arizona is so conservative,” the former medical director for Planned Parenthood Arizona said. She implies that she commits infanticide against babies born alive. Even as late as 24 weeks.

“Why does it matter who’s in the room if you’re following the law?” asked State Rep. Maria Syms.

She joined the majority that passed the “Delivered Alive Infant Clarification Act” (S.B. 1367) through both chambers on Wednesday. (34-22 and 18-11, respectively.)

But first this commonsense measure had to face down a scorched-earth PR campaign. It presented abortion as “compassionate” and treated medical treatment to newborns as “torture.”

Sen. Steve Smith sponsored the bill. It requires that anyone who performs abortions from 20 weeks “promote, preserve and maintain the life” of children born alive. Signs of life include “breathing, a heartbeat, umbilical cord pulsation [or] definite movement of voluntary muscles.” The legislation exempts severely handicapped babies certified to survive three months or less.

Abortion facilities must have lifesaving equipment on hand. Abortionists must have an emergency treatment plan. Those who do not comply can get fined or lose their medical license.

Democratic Rep. Ken Clark said trying to save infants’ lives is a “horrendous process.” He said that “it deprives the family and the doctors of the ability to decide.”

But at that point, it is no longer an abortion. It’s a birth. And anything that “continues” the abortion process is murder by anyone’s definition.

“It’s striking how Dr. Taylor describes the law as prohibiting her from finishing the abortion once the baby is outside the womb,” said Center for Arizona Policy President Cathi Herrod. “This is precisely why we need S.B. 1367.”

The most infamous case of a “post-birth abortionist” is Dr. Kermit Gosnell. Gosnell snipped babies’ spines with scissors in his West Philadelphia abortion facility. He was convicted of multiple counts of first-degree murder and is serving life in prison without parole.

Abortion supporters called the bill — which would cut into abortionists’ bottom line — unnecessary. “Fetuses born at 20 and 21 weeks gestation have a zero percent chance of survival.” So testified Neonatologist Peter Stevenson.

But a study in the New England Journal of Medicine concluded that nearly one-in-four babies born at 22 weeks could survive with treatment. That prompted University of Iowa pediatrics professor Dr. Edward Bell to tell the New York Times that 22 weeks is a new standard of viability.

The abortion lobby tried to present medical care as sadistic. Stevenson said that since the babies were unlikely to survive, caring for them prolonged their suffering. He called that “unethical.” Arizona State University professor Dr. Kristy King called the measure “ghastly.” The feminist activist also called it a “fetus torture bill.” Planned Parenthood derided it as “cruel legislation that attempts to stigmatize [and] shame.”

The only thing Democratic lawmakers consistently maintained was a positive view of abortion.

But Planned Parenthood also opposed Arizona’s “Mother’s Health and Safety Act,” signed by then-Governor Jan Brewer in 2012. It prohibited all abortions after 20 weeks on the basis that those unborn babies can feel pain. (It was later struck down by the Ninth Circuit Court of Appeals.)

So, which is it? How can trying to save babies at 20 weeks inflict unspeakable pain if dismemberment abortion is a painless procedure?

The only thing Democratic lawmakers consistently maintained was a positive view of abortion. For instance, Rep. John Allen told the chamber about his daughter, who survived being born with only one hemisphere of her brain. Democrat Lela Alston countered by saying that aborting her handicapped daughter was an act of “great compassion and love.”

Some of them wore pink on the floor to support Planned Parenthood.

Will Gov. Ducey Sign the Bill to Save Babies?

Republicans maintained the hope that one day science will learn to save children at ever-younger ages. “Someone had to be the first to be born at 30 weeks,” said State Rep. Eddie Farnsworth. Over time doctors perfected the technology to preserve life at that stage. “There will be a child at 20 weeks who is viable.”

Babies as premature as 21 weeks have survived.

Jewels Green, a former abortion facility worker who is now pro-life, said a relative was one of the early ones to beat the odds.

“My cousin weighed about two pounds when he was born at six months’ gestation — in 1971!” Green told me. “He is now a strong man.” The military veteran is “proud to have served in Iraq.”

“If doctors could save such tiny babies in 1971, think what we can do now,” she said.

When It’s Right to Indict the Democrats