Are We Living in a Video Game? 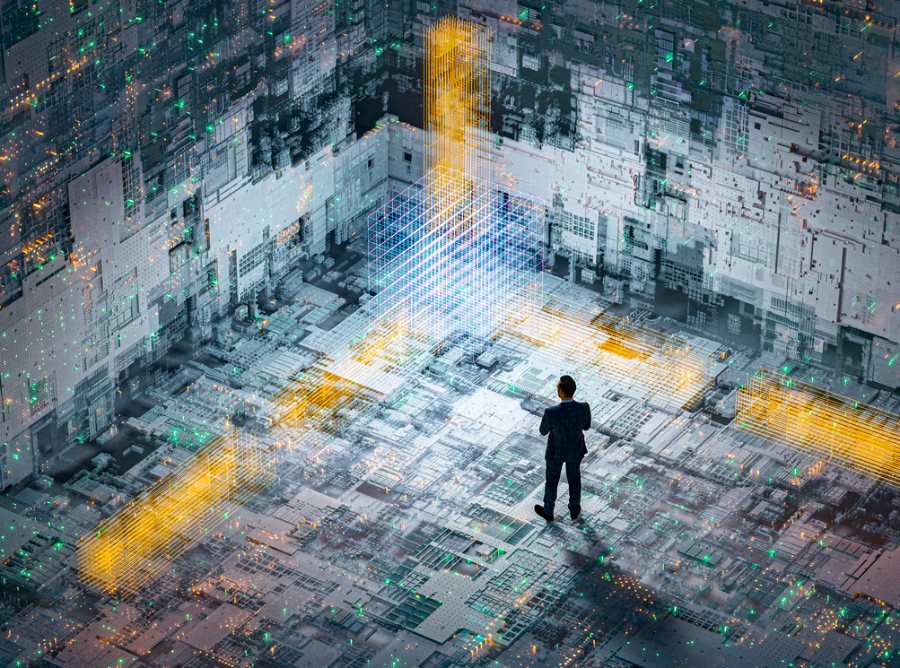 In the 1999 film The Matrix, Neo learns that he’s living in an elaborate computer program. He seizes an opportunity to join others in rebelling against The Machine, setting us off on an epic adventure.

The action flick was a big hit. It’s not hard to see why. Like Star Wars or Lord of the Rings, it’s a larger-than-life story, with universal, quasi-religious implications. Viewers are drawn into Neo’s quest against the evil powers that would keep humanity ignorant and enslaved.

But for some, it’s not just a crazy idea. A recent Scientific American article reminds us there are real scientists who believe there’s a good chance we’re characters in a computer somewhere. Some put the odds at 50/50, others at better than 50/50. It’s known as The Simulation Hypothesis (also the title of a 2019 book by Rizwan Virk, a video game designer, and MIT and Stanford alumnus). The idea has been brewing since at least 2003, when an important academic paper on the topic was published.

A popular form of the argument goes like this. We’ve come a long way in our ability to simulate the real world, right? We’ve gone from Pac-Man to World of Warcraft in the space of 40 years. World of Warcraft is a 3D, fully immersive virtual reality (VR) experience. Even if we’re not gamers, we’ve got Siri, Google and Alexa in our homes, talking to us, listening to us, getting to know us. With every upgrade, the goal is for our interactions with these virtual assistants to feel more natural.

Superior Versions of Ourselves

What if programmers were to simulate fully conscious beings like ourselves? Many today pursue this task with vigor. Bizarre examples already exist, like a Japanese man who married a hologram a couple years ago. For them, it’s not just about self-driving cars or robots that do housework (which this Chinese man hopes his robot wife will soon do). No, they dream of superior versions of ourselves — virtual persons who write better music, play better chess and can more engagingly relate to us, having carefully learned our inclinations, desires and temperament. Virtual companions we might prefer over real ones.

We are in a larger story. But it’s not a video game.

When stuff like that happens, the argument goes, the scales will have tipped in favor of the view that we are living in a simulation. After all, if the conscious beings we create are indistinguishable from what we call the “real” beings, how do we know that we’re not living in someone else’s simulated world? Couldn’t we be advanced versions of that which we’re now aspiring to create?

Reading up on this reminded me of a G.K. Chesterton quote: “When men choose not to believe in God, they do not thereafter believe in nothing, they then become capable of believing in anything.” Psalm 14 explains that only fools deny God. Romans 1 says that we become stupid by denying what is clearly there.

After all, there is a theistic element to this simulation fantasy. The thought of a mysterious programmer overseeing us fills the need for a god, for a connection to the transcendent. Yet without any messy moral accountability, since we — our machines, our bodies — cease to function at death. Until then, eat, drink and be merry. But without any ultimate meaning or significance.

Man is incurably religious. We were made to worship the Triune God and to live in a state of unbroken fellowship with our God. In this world, we have an innate sense of exile, of disconnectedness, of brokenness. We’re not in our true home yet. Experiences of beauty in music, art or nature often awaken in us a sense of longing, a desire to follow the beauty as it were, back to its Source. C.S. Lewis and others have discussed how this longing bears testimony to our spiritual nature, to our being made to enjoy God.

Science was once an endeavor that took place largely within a Christian framework. The scientist was one who sought to understand the work of God in His universe, to think God’s thoughts after Him, to see what was revealed through what has been made (Ps. 111:2, Rom. 1:20). Laws, patterns, predictability — these were predicated on the eternal existence of an intelligent Creator and Sustainer of all things.

Science also presupposes our ability to trust our sense perceptions. Absent that, no discovery could be made. Which means the simulation fantasy can’t be falsified, since you can’t trust whatever data might suggest another conclusion. I’m reminded of materialism’s insistence that my mind is nothing more than random bits of neurons, chemicals, muscles and tissues which self-assembled over eons through a random, directionless process. And yet I should give full confidence to the thoughts produced by this mind.

Better to recognize that absolutely nothing makes sense in the absence of God. It’s good to harness the laws of God to develop new ways to serve humanity. Christians can design advanced robots with a clean conscience, out of love for neighbor and a desire to put the Creator’s goodness on display. We create because we’re made in the image of our Creator. But robots will never replace or supersede God’s image-bearers. There’s a fine, bright line between imitating God and playing God.

We are in a larger story. But it’s not a video game. Our Creator is not a programmer. He’s our God and rightful Lord. We were made in His image to know, love and enjoy Him forever, together with other fellow image-bearers. When that fellowship was broken, He entered our physical world and paid the highest price to restore it. While we are ultimately spiritual beings, our physical world is real, the creation of our God. As a result, everything we do in this world matters. Our entire lives are shot through with significance. Right now truly counts forever.

Dr. Alex Chediak (Ph.D., U.C. Berkeley) is a professor and the author of  Thriving at College (Tyndale House, 2011), a roadmap for how students can best navigate the challenges of their college years. His latest book is Beating the College Debt Trap. Learn more about him at www.alexchediak.com or follow him on Twitter (@chediak).