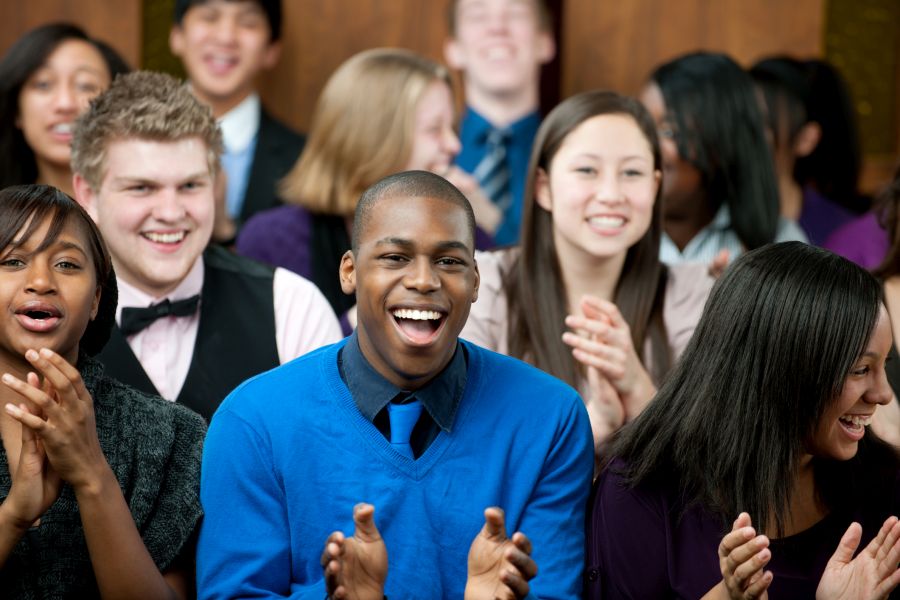 Note: On Friday night’s Real Time with Bill Maher, the atheist HBO host said Amy Coney Barrett’s religious beliefs should be considered by the Senate because “being nuts is relevant.” Providentially, we have this new reflection from Stream Senior Contributor Dudley Hall.

What to make of these people who seem to be anchored in some kind of invisible reality? Even in the middle of social unrest and a viral pandemic, they are so joyful they can’t find words to fully express it, and they possess a peace that is, frankly, freaky.

Seriously, have they been on drugs so long that they have lost touch with reality? Have they been duped by some strange cult that has brainwashed them? Or, is it possible that they have found a normal that causes the rest of society — being sub-normal — to categorize them as abnormal?

It has historically been a question that societies have asked about a group of people who are radically bound together by the love of God through Jesus Christ.

Of course, not everyone in Christendom is so radical. Every generation tries to fit into its culture. There seems to always be pressure to synthesize religions by eradicating their radical dynamics and feature their commonalities. It is more comfortable to talk about all of us being basically the same in that we are nice to others and striving for improvement. The doctrines don’t really matter, we are told. We just need to be tolerant. The god we serve doesn’t matter as long as we are sincere.

When Christianity is seen as simply one of the world’s religions trying to do its part in doing good, it is evidence the church is no longer embodying the dynamic of the New Testament gospel. It is a denial of the meta-narrative of the bible.

Jesus didn’t appear just to make people nice. Nor did he die to just show an example of sacrifice. Neither was he raised from the dead just to prove he had miraculous power. He came to earth as God incarnate to create a new people with a new disposition and a new destiny. These followers are born again from the Father of our Lord Jesus Christ, and have his life in them. The apostle Peter describes them.

Although you have not seen him, you love him; and even though you do not see him now, you believe in him and rejoice with an indescribable and glorious joy, for you are receiving the outcome of your faith, the salvation of your souls. (1 Peter 1:8)

Having been born from the heavenly realm, they are not limited to physical observation and rational deduction in their determination of reality. The Jesus they know and love has been raised from the dead and they enjoy the fellowship of the same powerful Spirit that raised him. They have experienced the heavenly reality of being loved in a way that only God can love. He has acted in history to reconcile them to himself, and they now experience his delight in them.

Christ lives in their hearts by faith and he is more real to them than what their physical eyes can see. They know what they can’t prove, yet can’t deny. They are not irrational, but they are not limited to reason in their perception of what is going on. They know someone, not just some information, and that someone is majestic and personal.

Free to Love Others

Being loved unconditionally and eternally, they are free to love others. Since they share the very life of Jesus, they love what he loves and act accordingly. That is why throughout history they have led the way in taking care of the poor, needy, sick, oppressed and orphans.

Their joy in giving to the point of sacrifice makes no sense to those trying to hold on to their own lives. They are not looking to delight their souls in things, achievements, applause or wealth, because they live with a consciousness that the Father is delighted with them already.

It is a joy too big for words. It shines out in the middle of suffering and pain. It offers hope to all who are desperately wanting a life with meaning and peace.

These people live in a joy that is unmistakable but not based on any circumstance. They suffer well, and die in hope — like the deacon Stephen, who was unjustly stoned in the presence of Saul of Tarsus. Just as the light of his countenance while dying affected Saul, this remnant of people change the world around them. They are witnesses of the great reality that God has invaded the earth and brought the powers of heaven to bear here. They aren’t crazy. They have seen something that delights their souls. It’s real. It is available to all who will admit need.

Why would anyone want to settle for another religion that tries to conform us to regulations and rituals? We can see the invisible and live in the eternal now, while we wait eagerly for the consummation of all things in Christ’s last coming.