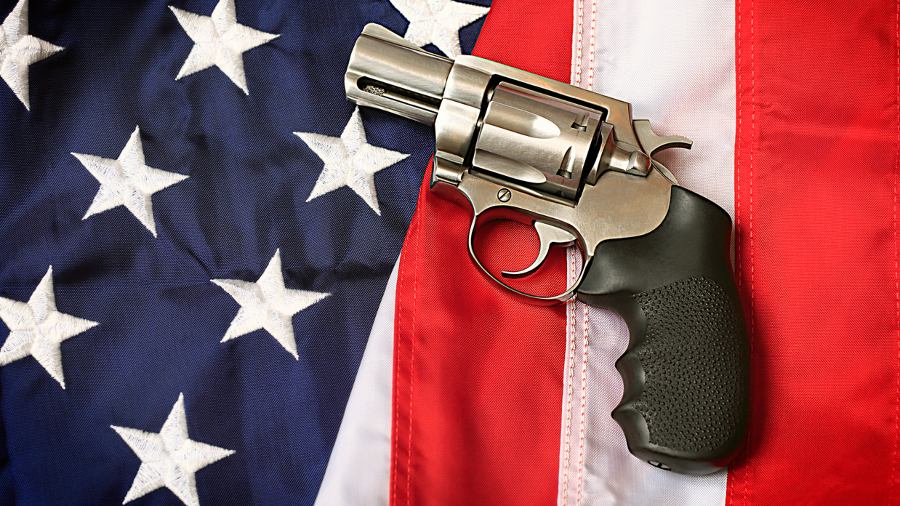 The Second Amendment at Stake

Recently we have seen an increasingly solid majority on the court that reads American’s Second Amendment honestly. A solid band of justices who see the rights guaranteed there as equally central as the rest of the Bill of Rights. Gun rights aren’t a “second-class” right. Nor a legal privilege revocable by the state, like the right to drive a car. As our Founders wrote, gun rights stand as deep-seated and fundamental as the free exercise of religion, free speech, or the right to a fair, speedy trial. Democrats, of course, wish to add more justices (if need be, to pack the court), in order to break this majority.

Gun rights cases will come before the newly constituted court. The Biden administration will continue to try to chip away at gun rights. This will happen via nuisance regulations, lawfare, and other non-legislative means. It’s essential for constitutional conservatives to understand the deep historical and philosophical roots of gun rights in America. To that end, I’m writing a series for The Stream about the history of Christian thinking on self-defense and resistance to tyranny. (My next book is on the subject.)

A Bug or a Feature?

Is the Second Amendment of the U.S. Constitution just an odd historical quirk, as visiting foreigners from other English-speaking democracies — which don’t guarantee citizens’ gun rights — might observe? Is it an ugly anomaly, an illiberal blot on our otherwise admirable Bill of Rights, as U.S. progressives seem to assume? Or are gun rights a natural and fitting inference from the very premises of a free and popular government? If so, their absence in other countries’ constitutions endangers their citizens’ other basic rights. In fact, I believe that.

But the right of private citizens to retain arms roughly equivalent to those of a nation’s soldiers is a not logically necessary conclusion. It didn’t seem essential to the advocates of independence in Canada, Australia, India, or other ex-British colonies. Other nations have produced great classically liberal thinkers. Not all of them by any means have focused on gun rights as crucial to the preservation of other rights.

There are other means of restraining, controlling, and limiting the privileges of governments over their citizens. For instance, the separation of powers first cited by Montesquieu, and intentionally built by Madison and other American founders into the very structure of U.S. government. The idea of positing an armed citizenry as the final guarantor of all these other liberties, and enshrining the means of mass popular resistance in the Constitution itself? That was distinctly American. It’s one of the distinguishing marks of our culture, and rightly a source of national pride.

Individual liberty is much more deeply rooted and antifragile in America, in part because of the power to resist which is protected by the Second Amendment. At the height of the COVID panic, there was no question of locking unvaccinated Americans in their homes or in quarantine camps. That happened not just in Austria but Australia. The knowledge that mass resistance to mass oppression is still possible here operates (partly subconsciously) to restrain the fantasies of aspiring tyrants. And stiffen the courage of independent-minded citizens. Abuses of religious freedom and parental rights that occur regularly in Canada still seem unthinkable in most parts of America. Why? On some visceral level, our own social engineers realize that the people still have teeth.

The centrality of gun rights to liberty in America is in some ways the fruit of a series of contingent historical events. Happy or providential accidents I would call them. These events in the political and religious history of the English people, then the Anglo-American colonists, served to culturally cement the use of private firearms and citizens militias. To demonstrate their unique power to restrain the abuse of citizens’ basic rights by governments.

In other words, the school of experience taught lessons that abstract thinkers might otherwise never have happened upon. That in turn enriched the theoretical resources of philosophical thinkers, providing them with solid, practical proofs resolving otherwise debatable questions. If we can look to the solid, repeated experience of our own ancestors — personal or civic — in solving crucial problems, we can summon precedent along with abstract argument in support of our own traditions. And we ought to continue practicing those traditions, barring overwhelming reasons to suspend them.

No Natural Law, No Human Rights

Ordered liberty is only possible where the culture widely accepts a “high” view of human dignity. Where it sees man as the intentional creation and earthly image of a rational, loving God, whose central precepts can be known by reason alone. (Though we frequently receive them in shorthand form as “commandments” by the means of divine revelation.)

Man so conceived is the bearer of extensive rights and the subject of equally extensive responsibilities. We see these well-described in the U.S. Declaration of Independence and well-protected in the U.S. Constitution (rightly interpreted).

Often disputes arise about the nature of these rights and responsibilities that cannot be resolved by textual study of our founding documents in their historical and religious context. When that happens, we ought to study the human person in the light of Natural Law. That’s the tradition of reflection on human flourishing that began with Aristotle, deepened in the Middle Ages, and continued in a vigorous form into the generation of the American founders. Such Natural Law sees intentionality and purpose in the structure of the world, in our bodies, and in the basic institutions of society. We are not electrons colliding in the void, as Hobbes would have it, revolving around the nucleus of an all-powerful state.

Cynics Roll Out the Carpet for Tyrants

This picture of man, and not the Promethean rebel against God invoked by the Marquis de Sade and the Jacobins, nor the trousered ape imagined by Darwin or Marx, is the heir of the natural rights laid out in the Declaration of Independence. And it’s the only proper model for American citizenship and jurisprudence. Those who attempt to smuggle reductionist accounts of mankind into the consideration of law are undermining freedom. Intentionally or not, they are crafting rationales for the tyrannical domination of some men by other men.

The same cynical view of man which makes psychological excuses for violent criminals or a fetishized ethnic minority? It will pathologize or criminalize political dissent on the part of honest citizens. Hence the violent felons confronted by beleaguered police in major cities appear as victims of “systemic racism.” But the peaceful protestors still locked in solitary after January 6, 2020 get painted as akin to al Qaeda terrorists. Hate speech aimed at police gets excused as “protest,” while learned dissents from the shifting NIH party line on COVID-19 suffer censorship as “dangerous” or “harmful” “misinformation.” “Kill Whitey” passes muster, but “Try Ivermectin” gets you banned for life.

For the next few weeks, many of my columns here at The Stream will examine the historical roots of gun rights, and the profoundly American assumption that the people may resist and even overthrow tyrannical governments. I will popularize the scholarly work done by David Kopel, Stephen Halbrook, and others who’ve researched the Christian and Classical roots of liberty. The results will show how the quirks and accidents of history helped unearth and make fully visible the genuine rights of man as God made him.

This article is part of the series, God, Guns and the Government.