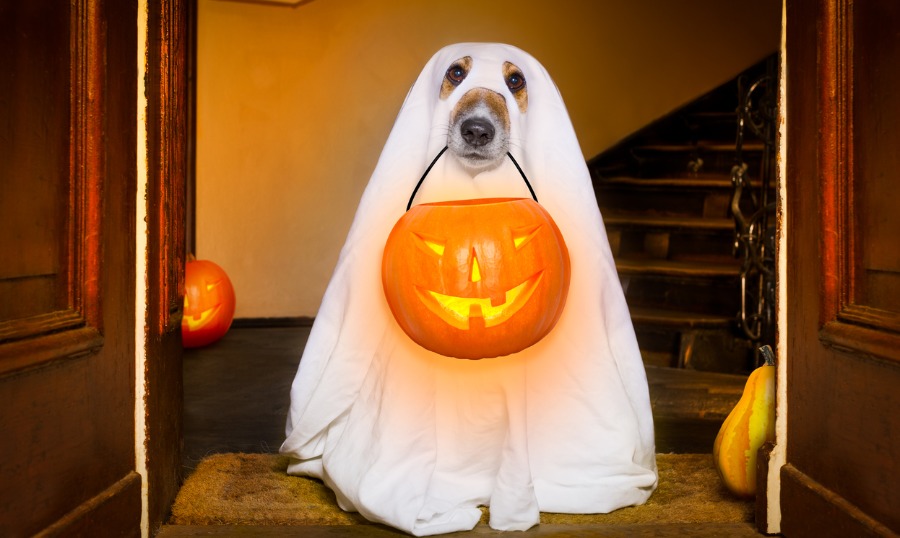 C.S. Lewis once wrote that he only knew one person who had seen a ghost, but she still said she didn’t believe in them.

Universal belief in ghosts doesn’t mean they exist however. Nevertheless, if they are so common to human experience it’s worth asking what ghosts might be.

The dictionary says a ghost is “the soul of a dead person, a disembodied spirit.” If we go with this definition, a ghost is not a demon or an extraterrestrial or a figment of your imagination. It is the invisible aspect of a human being that is separated from the physical body at death.

Christians, along with believers of other faiths, hold to the teaching that the soul continues to live after the death of the physical body.

If a ghost is a spirit that is separated from the body, then the existence of ghosts is a real possibility. The question, therefore, is “Can that disembodied spirit manifest itself in the physical realm?”

The Bible Tells Me So

The Bible has several stories that recount the appearance of departed souls in the physical realm. When Jesus was transfigured on the mountain, Moses (who had died centuries before) appeared to him and his apostles.

In the Old Testament, the story is told of the dead prophet Samuel appearing to King Saul. Some people think it was not Samuel, but a demon, because it was summoned by a necromancer. Even if it wasn’t Samuel, the story is evidence of the belief in ghosts from Old Testament times.

Some commentators suggest that the resurrected Jesus was a ghost. Some details of the Easter story make it sound like he was a ghost. He appeared and then vanished mysteriously and he entered rooms where the doors were locked. But Jesus’ tomb was empty. He ate and drank with his disciples, and invited them to touch his wounds. Ghosts don’t do that.

Why Do Ghosts Appear?

A typical ghost story is the appearance of a departed loved one to the living. Aunt Ethel reports that Uncle George “comes and sits in his armchair every night just like he used to before he died.”

Did the spirit of Uncle George appear? Maybe, but it could be that Aunt Ethel’s was summoning up a “ghost” of Uncle George from her memory. In her bereavement she longed to see him again, and in her dozy condition thought she did. However, his spirit didn’t actually appear.

A similar phenomenon occurs when people say they saw the spirit of a dead person in a vision or in their dreams. These experiences may seem very real, but if the mind is in a sleep state or influenced by medication of any kind, the ghostly appearance — no matter how convincing to the witness, is more likely caused by other factors.

Hauntings of People and Places

Other ghost stories remain more mysterious. Some experiences seem to be “time slips” — a person sees a “ghost” in antique costume. It is almost as if the person viewing the “ghost” is seeing a video loop of a past event. The witness is more curious than frightened and doesn’t recognize the “ghost.”

Other ghost stories suggest that departed spirits might be attached to a particular person or place — especially if the place or person is associated with a sudden or violent death.

Some experts in the paranormal propose that such ghostly appearances are not genuine apparitions of departed souls, but an imprinted memory of the violent event which is then “picked up” by a person with acute psychic perception.

Others suggest that the departed soul has gotten “lost” in their journey to the next world. If they have died suddenly or violently, it is as if they are stuck here in this realm.

Some theorize that the departed spirit is asking for help, and that the living should pray for that person so they can be released and move on.

There’s No Such Thing as a Happy Medium

Mediums or necromancers are individuals who claim to be able to contact dead spirits. They hold seances to communicate with the dead, and some profess to have the power to summon the dead to make an appearance.

Active participation in any attempt to contact the dead is spiritually dangerous because demons will often disguise themselves as spirits of the departed. They have preternatural knowledge and can mimic the voices of the dead and will have knowledge that only the dead would have.

As Halloween approaches, the fun of dressing up, being scared and going trick or treating can be harmless. However, any games or activities that involve witchcraft, seances, Ouija boards or fortune telling should be shunned completely.

If you summon foul spirits, don’t be surprised if they appear. And if they do, being scared by them will be anything but fun.

Frodo Baggins and New Year’s: How Should We Understand Pagan Origins of Our Holidays?