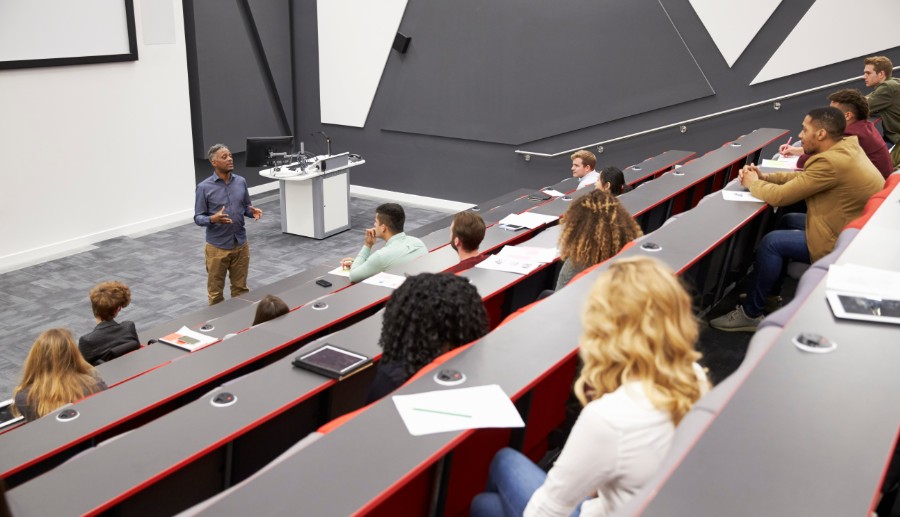 This week’s NPR segment “Failing College” caught me by surprise. I’m not surprised if Tucker Carlson asks if college is worth it, or if a GOP candidate blames higher education for leftist ideology, but NPR?

What caught NPR’s attention was this: College enrollment has been declining, yet tuition has been increasing, and schools are competing with each other based on non-academic amenities. Let’s look at each of these in turn.

Just sticking with full-time undergraduates, enrollment grew by 37% from 2000-2010. The previous decades were also good, but 2000-2010 was really good. And yet, everyone knew it couldn’t go on. Declining birth rates told us that fewer 18 year olds would be graduating high school. But the experts predicted a 12% enrollment increase from 2011-2021. Some of this increase would have come, in principle, from a higher percentage of high school graduates going on to college.

What actually happened? Enrollment decreased by 6 percent between 2010 and 2015, and then continued decreasing (see Figure 1). It’s not just declining birth rates but an improving economy. Fewer adults are returning to school because they’d rather be working. And the Wall Street Journal reported that among high school graduates in 2017, just 66.7% went straight to college, compared to 69.7% in 2016. The 66.7% college-going rate is the lowest in 5 years.

According to the National Student Clearinghouse, in the spring semester of 2017, there were just over 18 million students enrolled in college — 2.4 million fewer than there were in the fall of 2011.

So yes, demand has been falling. What’s happening on the tuition side?

Tuition is tricky because you have to distinguish between sticker price — what’s published on a school’s website — and net price: What a given student is asked to pay, borrow, or earn via work study. The school has one “sticker price,” but each student has a unique “net price.” What makes these two figures different is the discount rate. Let’s say Johnny attends a school with a $40,000 sticker price (tuition, fees, room and board). The school offers him a 50% discount rate. That means he’s only on the hook for $20,000.

NPR is right about sticker prices rising. Annual increases of 3-5% are not uncommon — and inflation, of course, has been less than that (closer to 2%). How can colleges raise sticker price tuition if overall demand is decreasing?

Perhaps you’re wondering why freshman get an extra dose of blessing. It’s probably because they have the greatest potential of sticking around for 4-5 years. A transfer student isn’t going to give you that. But the problem with giving freshman an extra discount is that it creates an upward pressure on the discount rate for the next year — both for those students when they come back and for the next batch of freshmen.

Can this model work? The short answer is it can if your student body is growing. That lets you benefit from economies of scale (e.g., lowering instructional costs). And your overall tuition revenue rises even if your per-pupil income stay flat, or even slightly declines, as happened last year.

In practice? Using inflation-adjusted values, net-tuition revenue has been flat or declining for the last 5 years. That’s because most schools are not growing their student bodies. According to a 2017 survey from the National Association of College and University Business Officers, 58% of colleges and universities said their enrollment has declined. Makes sense: There are fewer students nationwide.

So you either need to grow your student body or lower the rate at which your costs grow. The latter is tough — like cutting calories — and it seems to compete with the former. Because students are often attracted to the kinds of campus features which raise costs. Academic buildings help, as do marketable new programs, but you know what else works in spades? Ornate dining halls, rock climbing walls, gas fireplaces, lazy rivers, you name it. These have multiplied in recent years as schools work to woo students, particularly wealthier students and, in the case of public universities, out-of-state students (who pay much higher tuition).

That’s where we’re at. With a smaller number of students, colleges are increasingly competing with each other via discount rates, new programs, and campus features. Spend, spend, spend to attract students, then discount as needed to fill your classes and dorms. It’s a dangerous and some say unsustainable game. The number of colleges in the U.S. has fallen for four straight years, and the rate of decline is accelerating. Consolidations, mergers, shrinking schools losing students to growing schools, all of these are part of the new normal.

But it’s not all doom and gloom. Some colleges are focusing on academic excellence, lowering costs through improved efficiency, exhibiting moderation with regard to amenities, and attracting more students by offering quality at a reasonable price . For example, Purdue University, under the leadership of former Governor Mitch Daniels, has kept tuition flat for the last six years. During this time undergraduate applications have gone up by 56%. Student debt at graduation? Down 37%.

Dr. Alex Chediak (Ph.D., U.C. Berkeley) is a professor and the author of Thriving at College (Tyndale House, 2011), a roadmap for how students can best navigate the challenges of their college years. His latest book is Beating the College Debt Trap. Learn more about him at AlexChediak.com, or follow him on Twitter (@chediak).