As in August 1914, our desperate elites will risk war to cling to power. 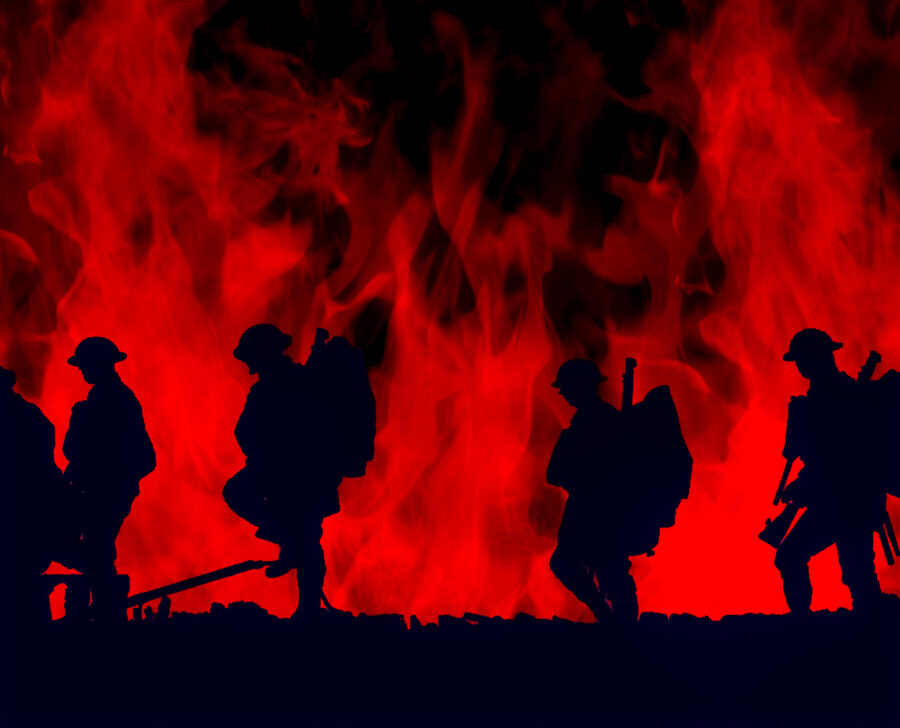 The Democrats are terrified that the midterm elections will throw them out of power, at least in the House. That might mean serious investigations of the chaotic, tyrannical Biden regime, including its political purge trial of January 6 protestors and leading conservatives. A rogue committee might explore our sudden surrender to the Taliban in Afghanistan. Or Hunter Biden’s close business ties to Chinese spies. In a free country, that might mean people actually going to prison.

It also might mean partially dismantling or defunding the Deep State, the profoundly corrupt and politicized FBI, and the Stasi-like Department of Justice.

So Nancy Pelosi is flying to Taiwan on a military plane, in her official capacity as second in line to assume the presidency. Just as Archduke Franz Ferdinand (first in line for the Habsburg throne) made a pointless, provocative visit to Bosnia in spring 1914 — where he was shot and killed, sparking World War I.

Pelosi’s trip violates a long list of long-standing official and unofficial agreements with Communist China — to whom we sold out Taiwan long ago, under President Nixon. Sure, we sold Taiwan weapons after that; neocons have gotta eat, after all. But we were never serious about saving Taiwan’s independence of Beijing. If we had been, we would have slipped them nuclear weapons.

Sooner or later, a resurgent China is going to conquer Taiwan — or take it bloodlessly after it surrenders. Pelosi and her team know that. This gesture has nothing to do with actual support for Taiwan’s freedom.

It’s all about clinging to power right here in America. Pelosi is gambling that China will fire near her plane and intentionally miss. Then she comes back a “hero” of freedom, and the Democrats benefit politically. Plan B? They blast her out of the sky, she dies a “hero,” we’re at war with China, and the nation rallies mindlessly around our zombie-in-chief, the Former Joe Biden.

So the Democrats might hold onto the House. Even if they don’t, goofball, war-happy Republicans can be counted on to avoid any “divisive” measures to hold the Democrats accountable “in time of war.”

This is the October Surprise, albeit in August.

This Is How We Got World War I

I’ll remind people that World War I was started by mediocre politicians playing at military brinksmanship, to cover up for their domestic failures, and hold onto power. That’s the verdict of leading historians, especially of Dominic Lieven. Read his magisterial The End of Tsarist Russia, based on newly discovered Russian government records. He proves that Russian elites preferred a war in 1914, as a desperate gamble to restore their prestige after losing to Japan in 1905, and shore up the crumbling Tsarist regime. Similar fears of collapse motivated politicians in Austria-Hungary to hope for war. So the two empires played chicken, and 20 million people died in the wreckage.

Would You Put it Past the Democrats?

What would you put past the Democrats at this point? They’ve adopted as core issues each of the following:

Do you think that same party is too noble, too patriotic, to risk war with China for its own political benefit? Look at the crackpot risks Biden has taken with Russia over Ukraine.

We Can Save the Taiwanese, But Not Taiwan

I care about Taiwan’s people. I spent many hours in high school with anti-Communist Chinese, learning about the wickedness of the Chinese Communist Party, from its terror famines to its forced abortion policies.

But we cannot save their country from annexation by China. That ship sailed 20 years ago, when we admitted Red China to the World Trade Organization, and let it become the second largest economy on earth — while arming itself to the teeth.

We should save as many decent, hard-working, freedom-loving Taiwanese as we can, without risking a war that obliterates all of them, along with millions of Americans. How?

By offering political asylum to all 23.5 million residents of the island. That’s right, invite them here, and help any willing emigrants to get here. They won’t all come, and those who choose to remain have chosen their fates. If all but three million did come, that only represents 20 years of normal U.S. immigration, legal and illegal.

So we cut off that immigration, all of it. We build a wall, and reduce legal entries by 95%. Instead of passively accepting poorly educated Latin Americans and others who sneak in against our will, we proactively import highly educated, freedom-loving Asians. They’d spark an economic and tech boom.

My plan might sound radical to some. It’s nothing compared to the impact of even a short war with China, which would cost trillions of dollars, thousands (or millions) of lives, and accomplish absolutely nothing. Reject my plan in favor of risking war, and you’re saying you’d rather kill 20 million Asians than accept them into America. Which I’m sure is true, for some people out there.

Let’s keep August 2022 from turning out like August 1914. Let’s not have to answer a question from our children, “Daddy, what did you do to try to stop World War III?”