Archaeologists Unearth the Church of the Apostles Near Sea of Galilee 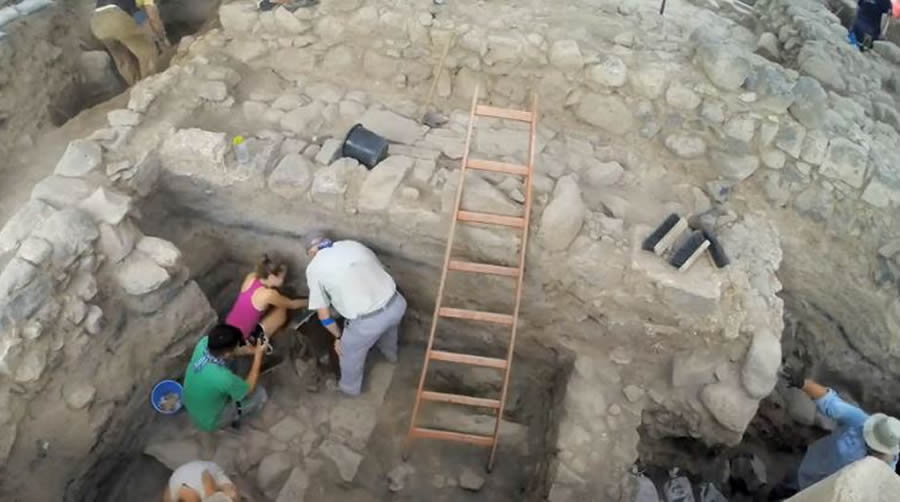 A team of American and Israeli archaeologists say they have discovered the Church of the Apostles on top of what was once a home for two of Jesus’ disciples.

The archaeologists — from Kinneret College in Israel and Nyack College in New York — believe the site they’ve excavated, el-Araj, is the ancient Jewish fishing village of Bethsaida, reported Fox News. El-Araj is located on the northern shore of the Sea of Galilee in Israel.

Nyack College’s Professor Steven Notley said that experts had previously unearthed evidence of the church and knew it was close. “These discoveries already informed us that the church was waiting to be found somewhere nearby.” They recently discovered the church’s mosaic floors. “It is always remarkable to bring these beautifully decorated floors to light after being buried for almost 1500 years.”

Early Christian pilgrims wrote about the Byzantine church. Bavarian Bishop (and saint) Willibald mentioned it in 725 A.D. “[Willibald] states that the church was in Bethsaida built over the house of Peter and Andrew, among the first disciples of Jesus,” Notley told Fox News.

Jewish historian Josephus Flavius also wrote about the Roman city of Julias being built on the site of Bethsaida.

Biblical accounts of Bethsaida include Mark 8:22-26, where Jesus healed a blind man and Luke 9:10-17, where Jesus fed the five thousand people. John 1:44 states that Philip, Andrew and Peter were from Bethsaida.

Notley and other archaeologists plan to unearth the whole church during the next excavation season. “Thus far, we have only uncovered some of the southern rooms of the church, likely the southern aisle,” Notley explained. “At the end of this season, we were just beginning to uncover the mosaics of what is likely the nave, the center section of the church.”

Notley believes that after the next season his group will be able to say for certain whether they’ve discovered the Bethsaida of the New Testament.