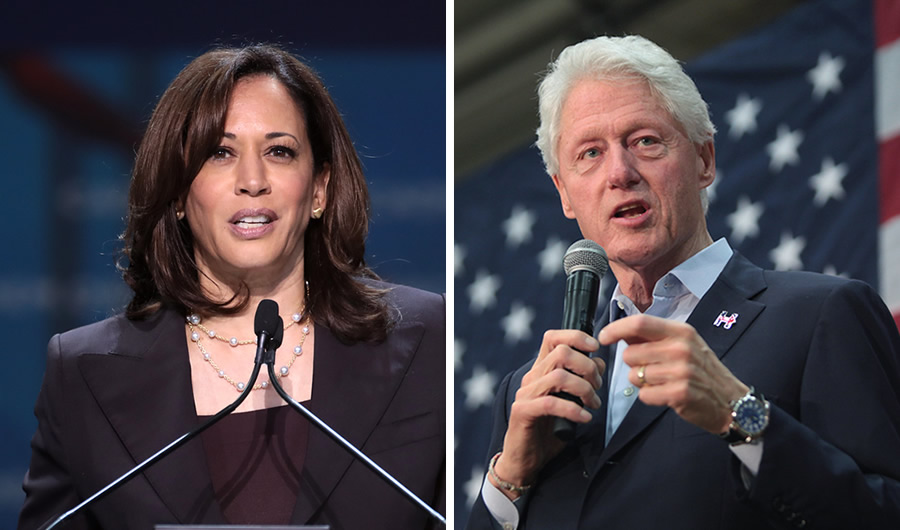 The Stream’s John Zmirak saw a press commentary by pro-family activist Dr. Jennifer Roback Morse. He couldn’t quite believe his eyes, so he decided to interview her about its startling claims.

John Zmirak: I saw you put out a press release about Kamala Harris joining Bill Clinton last week for a summit on empowering women and girls. You just made that up for April Fools, right? Kind of a tasteless joke for a Catholic pro-life leader to make in my opinion. Can’t you get your mind out of the gutter?

Jennifer Roback Morse: Sorry John. I didn’t make it up. The jokes write themselves these days. I wish I could get my mind out of the gutter. But some of our elected officials keep dragging me back there.

Sleeping Your Way to the Abyss

Okay, I’ll admit that it’s real. You might say that these people have more of an insight on the subject than most, although the wrong point of view. Kamala “dated” the married Willie Brown — old enough to be her grandpa — to sleep her way to the middle. Then she clawed her way to the top using Planned Parenthood’s money and ruthless opposition research aimed at fellow Democrats. Bill Clinton, for his part, has learned all there is to know about putting out “bimbo eruptions.” 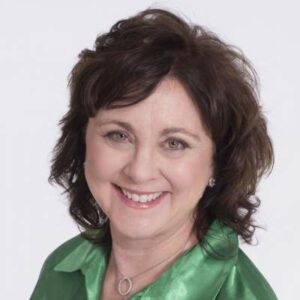 John, John, you are taking the wrong approach entirely. This is Equal Opportunity Exploitation. President Clinton exploits women. Vice-President Harris exploits men. What’s the problem? Except for the fact that instead of “use and be used,” we could be promoting of culture of “love and be loved.” But that is just our old-fashioned Catholic upbringing intruding itself into the conversation, isn’t it?

I think young girls could learn a lot from meditating on the Tales of Bill and Kamala. Young women starting out in their careers could ask themselves, “Where did Monica Lewinsky go wrong? Or did she?” Kamala could offer some pointers, for women who want to get a leg up on their careers.

Brilliant, John. This could be an addition to the Comprehensive Sexual Education curriculum that Planned Parenthood promotes and sponsors all over the place. That’s for the kiddies. For the college students, the Women’s Resource Center on every campus could offer special inspiring sessions, “Lessons from the Vice-President,” as part of their career counseling. Maybe slip it in during the Sex Week or other pro-pornography extravaganzas so many schools sponsor these days.

Should you and I just be writing this as an Afterschool Special for tweens? A children’s book to replace all those canceled Dr. Seuss titles?

But who would we get to illustrate it? Oh dear. That is a disturbing image … .

What were these two thinking, in agreeing to this? Do you think this is just an example of the Sexual Revolutionaries’ INFINITE CHUTZPAH? They think they can brazen out absolutely anything, since the media is on their side.

That is a bad joke, John. They don’t see it as chutzpah. They see it as normal. They are utterly clueless.

The Sexual Revolution and its Gulag

Okay, joking aside. What serious lessons can we draw, from the confluence of these two conscienceless power-seekers, about how the Sexual Revolution affects real, normal women and girls? Do these people’s lives, and their political goals, offer anything to human females actually seeking happiness?

Actually, this is what bothers me the most. The millions of ordinary men and women who spend a lifetime of faithful married love are ridiculed. Mike Pence is ridiculed for never being alone with a woman other than his wife. You’d think the fact that there are no bimbo eruptions around Pence would cause people to show him some respect. But in fact, the Sexual Revolutionaries hold up people like Clinton and Harris as role models.

In your book The Sexual State you show how the Sexual Revolution was aptly named. It was driven by the weird, Gnostic ideas of eccentric intellectuals (like the Marquis de Sade, and his disciples Sartre and Beauvoir) who wanted to remake reality and deny the structure God gave it. 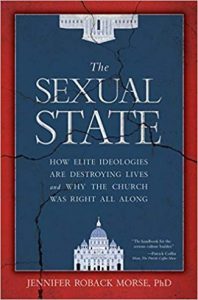 They despise the real world, where sex makes babies and parents are responsible for those babies. These Titans of the Intellect and Industry want to remake the whole process of the reproduction and rearing of new human beings. They used pop culture, the media, and finally Big Government to impose these strange new ideas on the masses. How far along are we in that revolution?

We are pretty far along. When I point out to people that it is not possible to build an entire society around the idea that sex is a sterile recreational activity, they look at me with blank stares. At first. They start to scratch their heads and get the point when I point out that hedonists like Clinton and Harris tend to rise to the top of the career ladder because they have a competitive advantage over people who take the time needed to actually raise their children. The whole economy has restructured itself around the social norm of delayed child-bearing for the professional classes and unmarried child-bearing for the lower classes. It is quite an irrational system actually.

Thou Shalt Not Mother Thy Children

Infamously, Simone de Beauvoir once said that women should not be permitted to stay home with their kids, because too many would choose to. Has our modern crony capitalism managed to impose her diktat, without the need to make it literally illegal?

Pretty much. I would add student debt to the list of policies that have suppressed fertility among the educated classes. Young people start their working lives with a huge cloud of debt hanging over their heads, especially if they have trained in the professions such as law and medicine. They have to work to pay off their debts.

Are you confident that human nature, if nothing else, will rise up and overthrow the Sexual Dictatorship of the Hedoneriat before it’s too late? Or will the Muslims or the dolphins just come and inhabit our depopulated cities?

Actually, the wolves and wild boar are making a comeback in some European cities. Dunno about the dolphins.

Come on, you know what I mean.

I do. And there is no simple answer. The competitive and structural forces keeping the Sexual Revolution in place are formidable at this point. All the major institutions of society have been captured by the Revolution. Pretty much every profession has been corrupted or captured or both by the Revolution. Yet, the demands of the Hedoneriat have become so outrageous that people are pushing back. The pushback against transgenderism is broad and deep. People are objecting to boys in girls bathrooms and kids being steered into self-mutilation. As part of that pushback, people are rethinking their commitments to earlier parts of the Sexual Revolution. Some are even converting to the Christian faith.

What can Stream readers do to help push back?

Read The Sexual State. Sign up for the Ruth Institute’s newsletter. Subscribe to our YouTube channel. We are in the thick of the fight every day. Hang around with us and we will give you something to do!

Dr. Jennifer Roback Morse is Founder and President of The Ruth Institute. Her latest book is “The Sexual State: How Elite Ideologies are Destroying Lives (and how the Church was Right All Along).”