Liberals’ ‘Appeal to Fellow Christians,’ Or, How Not to Love Your Neighbor 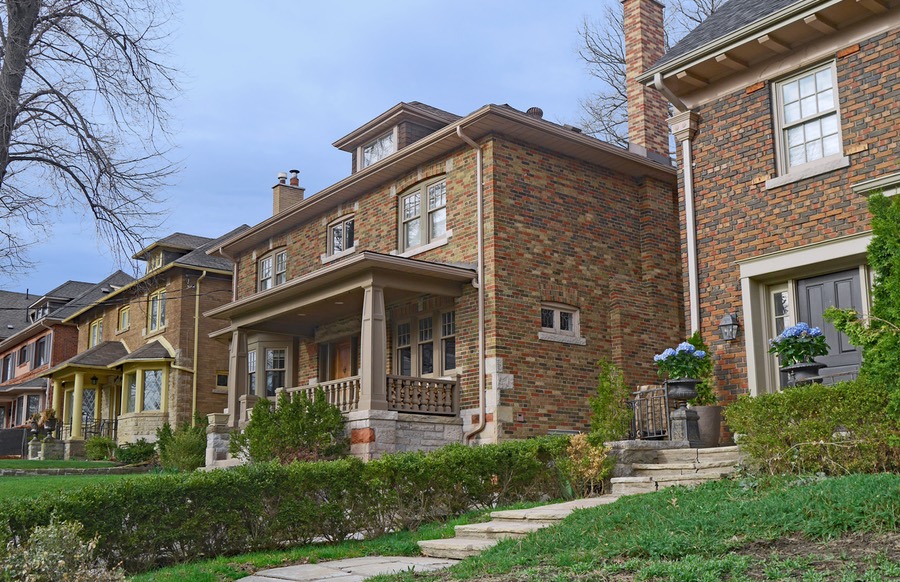 Jason and Angie were firmly committed, Bible-believing Christians. They took Jesus’ command to love their neighbors very seriously, or at least they thought they did. They and their teenaged-kids always offered to mow their neighbors’ lawns when they were out of town. They hosted lively, friendly backyard barbecues once a month, all summer long. When the dad next door fell ill with cancer, they pitched in to help with food, home repairs, and weeding the flowerbeds.

Turns out, though, they only thought they were taking the command seriously. They found out differently when a preacher told them, “You’re not loving your neighbor as yourself unless … you leave your doors unlocked, your fridge freely available, and your beds open, too, to anyone who looks like he needs it.”

James and Georgia were firmly committed, Bible-believing world-oriented Christians. They took Jesus’ command to love their neighbors very seriously. Or at least they thought they did. Former missionaries to Guatemala themselves, they still gave freely to humanitarian needs around the globe. They even traveled to help whenever possible. They gave large sums of money in support of evangelism, medical missions, and relief work.

Then they discovered they’d only thought they were taking Jesus’ command seriously. It happened when they came across an “Open Letter” from a handful of religious academics. They found out they were actually racist xenophobes doing the work of the anti-Christ. It was because they hadn’t supported opening their nation’s borders, admitting anyone who wanted to enter and looked needy.

How Not to Love Your Neighbor

It wasn’t long before Jason and Angie, our first neighbor-loving couple, lost control of their home. Their kids couldn’t stand it. They withdrew completely, spending most of their time at friends’ houses on the other side of town. So they weren’t much help anymore. The backyard barbecues ceased — and so did all the best neighborly conversations — when someone made off with the grill and half the food one week. They spent so much energy recovering from loss and damage to their goods and property, they had nothing left over to help the family next door.

But at least they were finally stepping up to Jesus’ command: They were truly loving their neighbors!

It’s a hateful picture they paint — yet it’s also quite boringly one-dimensional. You’d think these professors would exercise the capacity they must have, to see the world in a more open and rounded manner.

So, how do you think our second couple’s story ends? Not exactly the same, since the two stories aren’t exactly parallel. But several common principles do rise to the surface.

The first one should be clear enough: There are better ways to love our neighbors than by throwing our doors wide open to them. We also need to maintain our strength that enables us to give.

Further, the writers of the open letter at Commonweal magazine miss the difference between nation and church. The letter says, “We reject nationalism’s tendency to homogenize and narrow the church to a single ethnos.” But church membership is about missions and evangelism, not immigration policy! Jesus said, “Go therefore and make disciples,” not, “Invite everyone in so you can make them disciples.”

The Church and the World: Going in Love

And the church has obeyed; it has gone to make disciples around the world. I could put actual names on my friends “James and Georgia,” and drive you to their home this afternoon if you’d like. But what I really intended for them here was to be a picture of the Christian Church in America.

For there are realities we dare not miss. American Christianity has been the driving force in world missions for over a century. That includes evangelism, relief, medical, and educational services. Western missionaries have led in bringing literacy to thousands of language groups that had no written language at all — a project that takes years of close, mutually trusting, personal contact with members of each language group. Missions always entail a relationship of love.

As for reaching all the ethne (people groups), no one in a hundred years has led the charge like conservative, believing Christians, both in the U.S. and abroad. (Missions sending from outside the Western world has increased greatly of late.) Want to know how many ethné there are in the world? Ask a missions agency. Want to know a group’s educational, economic, and evangelistic status? Here’s a sample for you.

While it’s true we could always do more, American Christians still lead the world in humanitarian giving. Every church I’ve been a part of in my adult life has sent missionaries, both short- and long-term, to all parts of the world. I’ve been to Asia, Africa, eastern and western Europe, and Cuba on mission trips myself. Is that what xenophobia looks like? Is this truly a failure to love one another one a global scale?

This Open Letter accuses “fellow Christians” of hatred or suspicion toward anyone different than ourselves. I’m sorry, but I don’t recognize that one bit, not in the Christian circles of which I’ve been a part. Our love is nowhere near as complete as it could be or should be. But it’s hardly “the work of the anti-Christ!”

Now I know that some readers may say this letter wasn’t only about immigration policy, but about “nationalism.” I can’t really tell, myself; it’s too vaguely defined. The letter says, “Nationalism forges political belonging out of religious, ethnic, and racial identities, loyalties intended to precede and supersede law.”

I suppose that might include racism at home, along with border policy. That definition is mushy enough to mean almost anything — though I’m more inclined to think it means almost nothing.

My short answer, anyway, is that this was “An Appeal to Our Fellow Christians.” I happen to know a lot of Fellow Christians, including Fellow Christian leaders, local and national. And I don’t recognize this “nationalism” anywhere among us. I mean, it says, “intended to precede and supersede law.” What on earth are they even talking about?

How Not to Love Your “Fellow Christians”

It’s odd, you know. It appears the signers of this letter can only think of one way to describe their Fellow Christians. It’s a hateful picture they paint — yet it’s also quite boringly one-dimensional. That’s surprising, for professors like these. You’d think they’d exercise the capacity they must have, to see the world in a more open and rounded manner. Yet it sure looks as if that’s how they view us: as uninteresting and unreflective, motivated only by prejudice, lacking any reason to support the positions we hold.

If not, I’d be happy to hear the truth from any of them. But that’s how they portray us in this letter. Which leaves me wondering what happened to their view of us, their fellow human beings, Fellow Christians; neighbors, even whom they, too, are called to love.

Part of a series by the author, chronicling the errors in the “Open Letter” published at Commonweal Magazine.

Christianity is Europe’s Only Hope