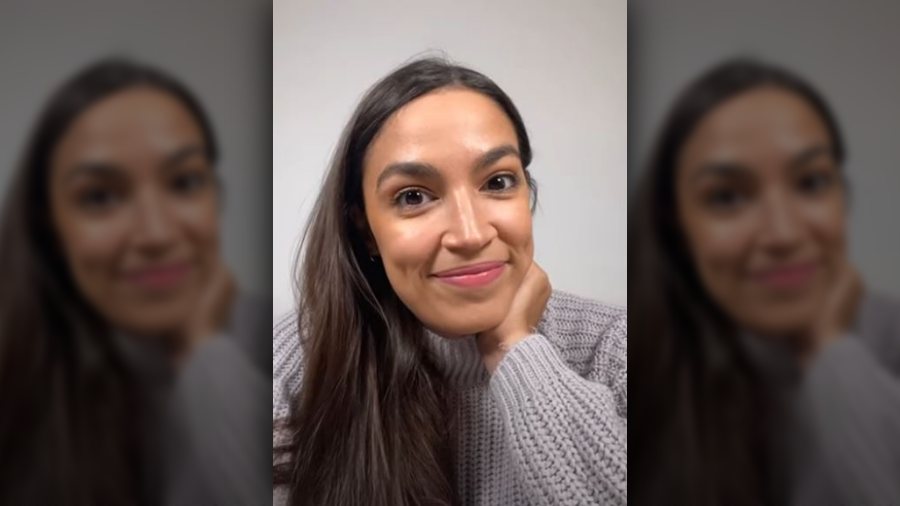 “I thought I was going to die.”

Millions have watched AOC telling her “near death” experience at the Capitol on January 6, the direct threat to her very being. How Ted Cruz had sent people to kill her. Those rioters in the U.S. Capitol building inspired by Trump had her in the cross hairs. That colleagues who don’t do her bidding now are akin to those who tell sex abuse survivors to “move on.” That they “continue to be a danger.”

Just like Jussie Smollett, AOC claimed to be in direct danger from Trump types. Just like Smollett, she made it up. Alexandria Ocasio-Cortez was not in the Capitol during the Capitol Riot. She was across the street at her office in the Cannon Office Building.

In a connected scam, AOC tweeted about “the bombs Trump supporters planted surrounded our offices too.” The truth? Authorities do not know who placed pipe bombs at both the DNC and RNC the night before the rally. AOC knows that, yet she slurs 75 million people.

Despite her dramatic, Golden Globe-worthy performance, she was in far less danger than Sen. Jeff Flake was in 2018 when manic (and paid) anti-Kavanaugh activists chased him through the halls of Congress and into an elevator.

Or when Sen. Rand Paul was assaulted by protesters outside the White House.

Or when Sen. Paul was assaulted by a leftist neighbor to the point he’s lost part of his lung.

Or when Sen. Paul and about 20 of his Republican colleagues fell under a hail of gunfire from a Sen. Bernie Sanders and MSNBC-inspired attacker, leaving Rep. Steve Scalise near death.

Truth be told, AOC was in less danger than the average MAGA-hat-wearing senior citizen having dinner in D.C.

I’ve been through riots, bomb scares, anthrax scares, even specific terrorist threats targeting the Voice of America while I was working there. I get it. No doubt the chaos across the street at the U.S. Capitol would make one anxious. Nothing like the anxiety felt by business owners as leftist rioters move closer and closer to their shop with police nowhere to be found. But still stressful.

Unlike those business owners, AOC did have protection. In fact, a Capitol Police officer came looking for her to check to see if she was okay. Appreciative? Not our little Defund the Police crusader. His presence, she says, “didn’t feel right.” This officer of the law was looking at her “in all of this anger and hostility.”

After making the hysterical claim she was in danger from other members of Congress, AOC even questions whether the officer “wanted to put us in a vulnerable situation.”

First – She didn’t go to the extraction point because she feared other Congressmen.

That was too ridiculous. She changed it to – “a police officer purposely withheld the extraction information.” pic.twitter.com/U4VF3GOZhB

A knight on a white stallion could rescue her from a rampaging horde and she’d complain the clanking of the knight’s armor gave her a headache. And that having a horse was an example of white privilege.

Why is AOC Concocting This Tale?

As Candace Owens reminds us, this is hardly the first time AOC has staged a drama to push her radical interests.

On a day in which #AlexandriaOcasioSmollett is trending, please never forget the time that @AOC staged a photo shoot dressed in all white at a parking lot to spread lies about immigrant children in cages.

Faking her own attempted murder was the next logical step. pic.twitter.com/y8mNNowMGy

Why? What AOC’s motivation? At least with Smollett, if you believe his Nigerian-born co-conspirators, the actor staged his anti-Trump hoax to raise his profile and score a big raise on Empire. His were greedy, selfish reasons.

When you are a democratic socialist who’s silent when your violent leftist allies assault the White House, federal officers and courthouses and symbols of America, your aim is America. All those who do not buy your Marxist vision and view of events stand accused. And must be silenced.

The danger is not the few trouble-makers whom Nancy Pelosi knew were coming to cause chaos and practically left the door open for. It’s not the specific lawbreakers responsible for their own criminal actions.

It’s you. It’s what you believe. It’s the violent, racist misogynist country you built.

There’s a tendency to dismiss AOC as a silly, stupid, self-consumed snowflake radical more suited for a Hollywood reality show than the halls of Congress. Please don’t be fooled.

Alexandria Ocasio-Cortez is not stupid. She’s a master propagandist.

Jussie Smollett lied about being attacked in the middle of bitter cold January night to help foster his career. AOC lies to help foster a bitter Dark Winter for those who believe in freedom.

Our task is to continue to shine the light.

Al Perrotta is the Managing Editor of The Stream and co-author, with John Zmirak, of The Politically Incorrect Guide to Immigration. You can follow him at @StreamingAl on Twitter and Parler, if his Twitter account is restored and Parler is allowed to again exist. You can also follow @StreamingAl on Gab and MeWe.