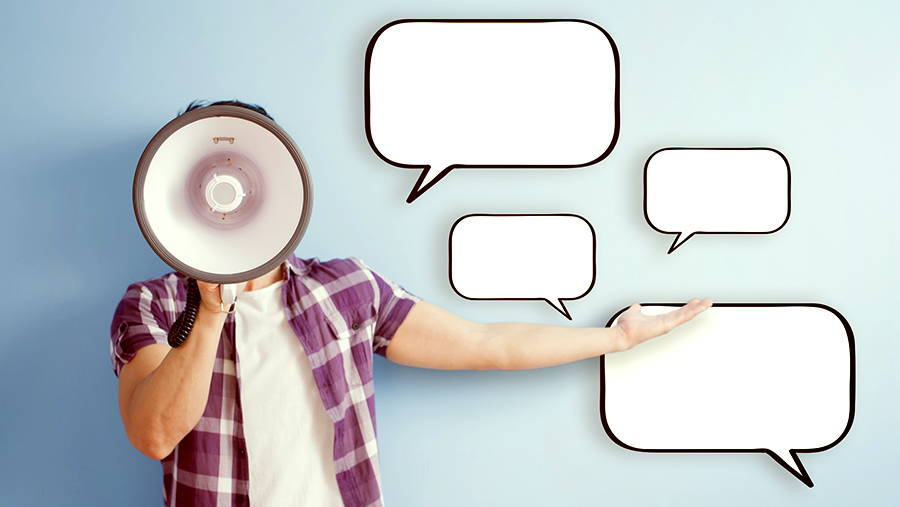 The movement called New Atheism may be dying, as I wrote a few months ago, but smug atheism still survives. This smug atheism thinks it knows Christianity better than Christians do. It thinks it can deliver a knockout blow in just a couple of words.

You find this happening mostly online. Your kids find it there, too, as well as in the classrooms and on the playing fields. But here’s the strange thing: These supposed death-blows to Christianity are really obscure. Like the command in Leviticus not to wear clothes of mixed fabrics. What atheist runs across that in his own reading of Leviticus?

So here’s what I think. You’ve heard of “talking point” lists? Somewhere, somehow, there must be a “mocking point” list, all set up and ready for atheists to turn to when they feel a need to fling scorn at Christianity.

If the list were more honest and less smug, it would include the answers Christians have repeatedly given. Of course it doesn’t. But these points all do have good answers. Let me give you two examples from early in the Bible.

Example 1: “Would you sacrifice your son if you thought God told you to?”

I’ve run into this question often. The idea is that Abraham was crazy in Genesis 22 when he obeyed God’s instruction to take Isaac up the mountain for a sacrifice.

And why not? People today think they hear God telling them to do things — crazy things, harmful things — and they’re obviously not right in the head. Atheists want to know what kind of religion would glorify insanity. And there’s another side to the challenge, too: How do we know God wouldn’t do that today? How do we know God wouldn’t tell us to do some horrific evil? After all, look at what he told Abraham!

It’s easy to laugh at a religion like that, isn’t it?

But look at the context. Abraham had actually heard enough from God to be confident he knew God’s “voice.” His confidence had been validated by miracle after miracle. One of those miracles was the fulfillment of God’s promise to give Abraham and Sarah a son in their extreme old age.

God had promised that uncountable descendants would come to Abraham through this son. So when God told him to sacrifice Isaac, of course it was a test of his faith; but Abraham actually had reasons to believe God would take care of Isaac somehow no matter what. He’d come to know by experience that God keeps His promises. He wasn’t about to doubt God’s faithfulness now.

Meanwhile Abraham got an object lesson. You see, it’s not all that clear that Abraham would have known that child sacrifice was morally wrong. The surrounding peoples actually did practice it, after all, and as far as we know God hadn’t yet spoken against it. But here God demonstrated that He had something far better for his people than that. Centuries later that “something better” was completely fulfilled in Jesus Christ’s ultimate, voluntary sacrifice on the Cross.

Meanwhile, would I sacrifice my own son if I thought God was telling me to do that? My answer: Of course not! I’m not Abraham! My son wasn’t born out of the same kind of miracle, with the same kind of promises attached to him. And Jesus has already fulfilled all the sacrifice that could ever be necessary.

Example 2: “How could anyone think it’s wrong to wear mixed fabrics?”

Also on the mocking point list: “It says in Leviticus 19:19 that we’re not supposed to wear clothes of mixed types of fabric. What an outlandish command! That’s just ridiculous! What reason could God possibly have for putting that in His Bible?”

Not so fast. How do we know it’s ridiculous? Because atheists can’t think of a good reason for it? What should we conclude from that?

What they’re laughing at could very well be their own ignorance.

Author David T. Lamb posed the following scenario. Imagine you’re an archaeologist working in the year 5018. You come across a fragment of a Christian book from the early 2000s, and this tiny fragment reads, “Stay clear from Sports Illustrated in March.” What would you think? “How ridiculous! What a petty, irrational thing to say!” But then, you’d have no way of knowing that March was SI’s swimsuit edition.

These are just two quick examples of atheist mocking points. The entire list runs into the dozens. All of them are easy to answer with just a little knowledge, or even some common sense. The mixed-fabrics mockery is easy to answer just by asking how the atheist knows enough about Ancient Near East civilization to be sure that rule wasn’t reasonable in its day.

Now, we must be clear: Not all atheist questions are mocking points. Some of them are worthy of serious reflection, for example the question of slavery in the Bible. I’d call that one a talking point, not a mocking point.

But here’s a general principle you can rely on: The more the atheist smirks, sneers or giggles while flinging the charge at you, the more likely the charge is a mocking point, and the more likely it has a quick easy answer. If you can’t come up with that answer on the spot, I’d suggest you do a search at Stand To Reason or Questions.org. (Those are good sources for the more thoughtful talking point questions, too.)

Don’t Join In On the Mocking Game

Meanwhile, let’s watch ourselves. When someone poses a question off the mocking point list — one that claims to be highly intelligent, but actually exposes their ignorance — it’s easy to mock back at them.

Don’t go there. Speak the truth in love. You might not get anywhere with the atheist mocker, but you need not let them drag you down where you don’t want to be.

Atheist Memes: ‘Everyone’s an Atheist About Thousands of Gods. We Just Take Atheism One God Further’