Anger: One Letter Short of Danger 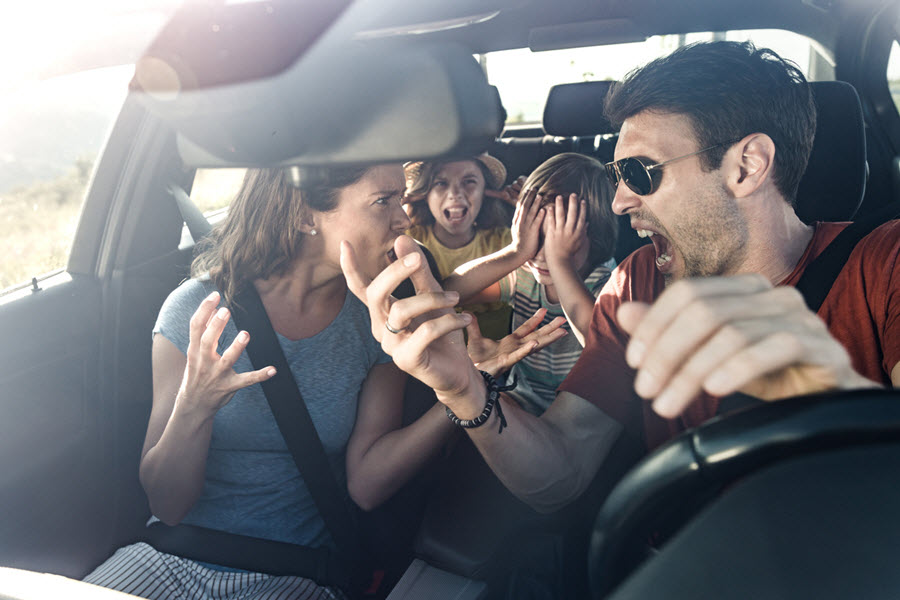 Of all the struggles facing Christians, anger is at the top of the list. It destroys families, tarnishes character, and leads to destructive behavior.

Just as threads of redemption run throughout the Bible, so do tears of anger. We need look no further than the opening chapters of Genesis to see the painful results of misplaced anger. In Genesis 4:5, Adam’s son Cain became very angry when God rejected his sacrifice but accepted his brother Abel’s sacrifice. This rejection eventually led Cain to murder his brother.

We don’t know why God rejected Cain’s offering, but it does beg the question: “Why wasn’t Cain mad at himself?” Jealousy is often a precursor to angry outbursts. The great test of character is rejoicing in the success of others. Interestingly, according to 1 Timothy 3:3, anger can disqualify a person from church leadership.

Most people struggle with anger, but if they are quick to repent, repair the damage, follow the scriptural course, and remove the triggers, God can change their hearts.

Most people are unaware that what they consume can also affect anger. I’m often asked to pray for panic attacks, angry outbursts, and anxiety. That can be done, and God honors prayer, but are we opening the door by not halting highly addictive caffeine, sugar, opioid, or nicotine habits. If we believe we can drink a high-powered stimulant, like caffeine for example, and not have it affect our mood, we are gravely mistaken.

Caffeine may provide temporary relief, but you’re robbing Peter and plundering Paul. There is no up-side. You may say, “Shane, haven’t you read articles about the benefits of coffee?” First, research who paid for the study. It was probably the coffee industry. Second, that’s like telling an alcoholic to enjoy a glass of wine because of the antioxidant benefits (just eat grapes). Third, addiction is addiction no matter how it’s excused. Fourth, constantly amping up the body comes with a price such as damage to the cardiovascular system.

I once saw a sign above a coffee pot in a doctor’s office that said: “DON’T CONSUME BEFORE A STRESS TEST.” Need I say more? Let’s wake up; our health is on the line. It’s amazing how we make excuses to indulge in things that harm us. Sadly, even when I share this information about stimulants, very few want to change. As they say, “We love good news about bad habits.”

The Reader’s Digest once published an article about the Amish. The author wrote that the children never screamed or yelled in the schoolyard. This amazed him, so he questioned the schoolmaster about it. He remarked how he had not once heard an Amish child yell, and asked why the schoolmaster thought that was so. The schoolmaster replied, “Well, have you ever heard an Amish adult yell?” Anger is contagious, but so is calmness and self-control, two things children desperately need.

Fathers have a very important role in curbing anger in their homes. Ephesians 6:4 says that fathers should not provoke their children to anger by the way they treat them. Instead, we must “bring them up with the discipline and instruction that comes from the Lord.”

Anger is Fueled by Fiery Darts

Second Corinthians 10:5 (NIV) sheds valuable light on the battle we are facing: Taking thoughts captive is a major step in the right direction. When others look at us a certain way, comment on a post, or treat us questionably, Satan immediately seizes the opportunity and plants divisive thoughts in our minds. It’s hard to extinguish fiery darts once they have been kindled in the heart.

This is a key moment: Do you take the thought captive, put it in prison, and lock up the influence, or do you allow it to imprison and influence you by dwelling on it? When this happens, peace and love are overrun by turmoil, anxiety, and anger. As a result, bitterness, jealousy, and unforgiveness—the fuel sources of anger—set in.

During these pivotal moments, the key is to take thoughts captive, err on the side of grace, and walk in humility. Control your thoughts—don’t let your thoughts control you. Is it easy? Hardly, but it can be done if we truly want to be released from the iron grip of anger.

Anger is Fueled by Pride

In 2 Chron. 26, we read that Uzziah’s pride was his downfall. The Bible records that “when he was strong and his heart was lifted up” he boldly entered the temple to burn incense. When he was denied access by the priests, he became furious, and God struck him with leprosy.

How about you? Do you become angry when challenged or denied? Are you set in your ways? Then James 1:19–20 (ESV) is for you: “let every person be quick to hear, slow to speak, slow to anger; for the anger of man does not produce the righteousness of God.”

Do you truly want to hear what the other person is saying? This is a key principle when harnessing anger. Pray and resist the tendency to speak up. This does not mean that we become a doormat, but it does mean that we are quick to listen and slow to speak.

One key indicator of pride is when a person talks above someone else or won’t let them finish their thought. Slow down, listen to the other person, weigh your words carefully, and lovingly address what needs to be addressed. Angry outbursts do not fulfill the purposes of God.

The Right Tone Wins Every Time

It’s been said that 90% of the friction of daily life is caused by the wrong tone of voice. Is anger controlling you? Is it harming your family, corroding your character, or leading to destructive behaviors?

In addition to changing your tone, ask God for help. God told King Josiah that because his heart was tender and he cried out to God, that God heard his prayer (2 Kings 22:19). Although the context of the passage is not about anger, the principle is the same — God will hear the cries of his children. And then they too can say: “I sought the Lord and He heard me” (Psalm 34:4), and delivered me from my anger.

Special note: You can watch my sermon by the same title here. I started a YouTube channel filled with encouraging sermons and podcasts to help in this area of boldness and courage. You can subscribe here. The sermon, The Battle for Courage — A Hill to Die On, will also be posted there.

‘I Know What God Promised Me’: A Mother’s Struggle With Her Child’s Addiction