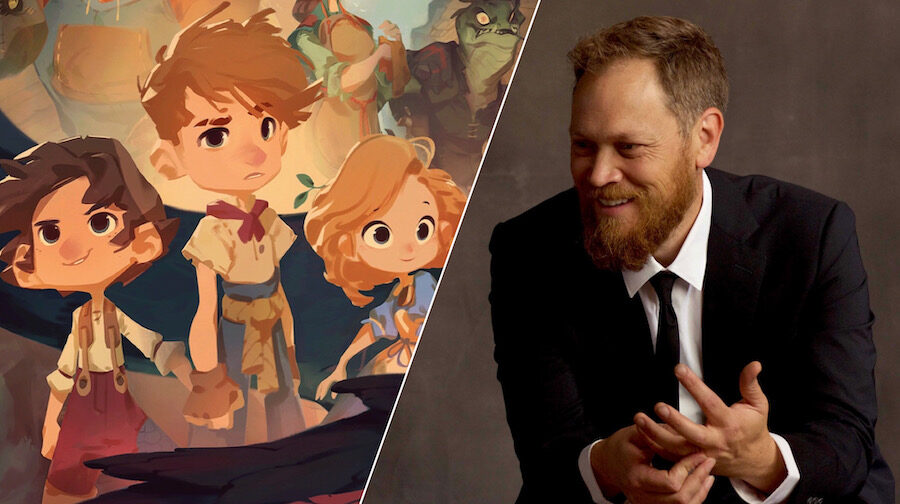 For award-winning folk and worship artist Andrew Peterson, it seemed like the dreams of decades were dashed last March. But they came back to life in an unexpected way.

He had written a four-book fantasy series, inspired after reading his kids The Chronicles of Narnia before bed. “It reawakened in me this desire to see what it was like to write a fantasy novel,” Peterson recalled in a phone interview. “As a parent, I was unprepared for how deeply the Christian themes spoke to me in those novels.”

After years of work, The Wingfeather Saga released to moderate sales. The author delighted in hiding truths within.

“It was Emily Dickinson who said, ‘The truth must dazzle gradually,’” said Peterson. “Today, everybody’s guard is up. They think they know the Christian story and have dismissed it. By recasting the story, what if it could recover some of the potency of the Gospel itself?”

The final novel in his fantasy quadrilogy came out in 2010. Last spring, Random House imprint Waterbrook agreed to re-publish the series, planning a book tour and extensive marketing.

Then the pandemic hit. Peterson, whose song “Is He Worthy” has become an anthem sung in churches worldwide, was leading worship as part of a tour through the United Kingdom.

“Because the UK was closing their borders, I got sent home,” he said. “I was grieving the fact that we had this chance to share these books with a wider audience. Now I couldn’t see how it was going to happen.”

What transpired not only led to short-term buzz for his series. A partnership with a major faith-and-family studio emerged, to adapt the saga as an animated action-adventure series.

Tens of Thousands of Families Read Along from Home

Last spring, for the first time in 25 years, Peterson had no music tour dates. Sheltered in place with his wife Jamie, their three college-age kids returned to their Nashville home. 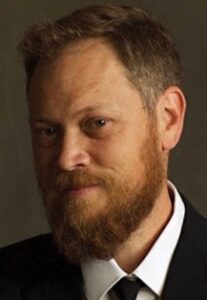 Peterson had an idea. Why not go on Facebook Live and read 30 minutes each night to fans? “We all had nowhere else to go, so it was this amazing captive audience,” he said.

The publisher initially agreed to have him only read the first book. “All these young readers, parents, and grandparents began tuning in night after night. I got to share this story I started writing almost 20 years earlier.”

Close friends of the Petersons, Chris Wall and his family with six kids tuned in from nearby. Wall, an animation producer previously with DreamWorks, worked with Peterson a few years ago on a short film. It was designed to test whether The Wingfeather Saga could work on-screen.

“My nine-year-old daughter Charlotte had been a voice actor in that short film,” said Wall in a phone interview. “But we hadn’t read the series to her yet because she was really young. She heard about the live stream and stayed on with him for the whole duration.”

She was not the only one.

As the author went live from his home office, an average of 20,000 families tuned in via YouTube and Facebook Live.

“I got to read to an arena full of people every night,” said Peterson. “We went on an adventure together. It became such a blessing and precious memory, in part because my kids were home. They’re now grown up, and we got to relive these stories.”

Book sales skyrocketed, with the first title stocking out at Amazon. Random House urged Peterson to read through all four novels.

Concurrently, he and producer Wall continued their quest to adapt the saga.

Would Angel Be On Their Side?

Over the past six years, Peterson and Wall have met with nearly a dozen major players in Hollywood about The Wingfeather Saga.

“We had prayerfully pursued every option that we could with the series,” said Peterson. “At the same time, we were holding loosely to it. We prayed, ‘Lord, if you don’t want this to happen, please shut it down. But we are going to keep moving forward until you do.’” 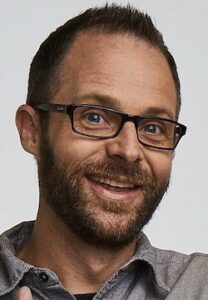 Netflix, Amazon Studios, and others expressed some interest in the series. Yet no deal came together. “Every one of the studios we met with had ways in which they wanted to exert creative control,” said Wall. “Some of those were at odds with the way that we felt like the story needed to be told.”

Last summer, Peterson and Wall traveled to Utah to meet with Angel Studios. The team has pioneered a new model of funding and distribution for TV series. These include Dry Bar Comedy and blockbuster Gospel-inspired series The Chosen.

The two aspiring producers visited The Chosen‘s impressive Jerusalem set. Peterson and Wall passed around copies of the fantasy novels to Angel execs. They discussed what it could take to make the series right.

“Creating a high-quality production is a kingdom value for us,” said Wall. For their initial short film released in 2017, he recruited former DreamWorks colleagues who had worked on How to Train Your Dragon.

Together with Angel Studios, they determined a six-episode action-adventure season one would cost $5 million.

Wall planned to recruit top talent in animation. “In recent years, major studios have started to turn towards goals that don’t align with what many American families want,” he said. “We’ve all felt some of that tension. Artists from all disciplines feel that same discomfort with the material they’re being asked to work on.”

Ending One Story to Start Another

Following meetings in Utah, they returned to Nashville and waited for the green light. Peterson continued his live readings into the fall and holiday season.

By January 20, they reached the final passage. “Chris Wall happened to be at my house with his daughter, Charlotte,” said Peterson. “He was like, ‘Hey, Can we pop in and listen in for the last reading?’ I said, ‘Sure, come on over.’”

Before they went live, Wall received a call from their Angel Studios contact. “We were together on the very last day of the last reading of the last chapter of the last book,” recalled Peterson. “And they tell us they want to go full steam ahead with the animated series.”

Four months later, they went public with the partnership. Shining Isle Productions, led by Wall and Peterson, will produce the animated series. As they crowdfund it, Angel Studios has advised the producers and plans to distribute the series.

Similar to The Chosen, financial supporters become part owners in the venture. Investors could reap financial rewards if the series becomes profitable in years ahead.

“To raise a million dollars in 48 hours, it was overwhelming,” said Wall. “Families told us: ‘Yes, that’s the show we’re looking for. Please make that!’”

With now nearly $4 million raised, The Wingfeather Saga has broken past records. It has become the biggest crowdfunded children’s entertainment project ever.

Angel expects the project to hit their $5 million goal within the next week. At that point, Wall confirms that the work of their Nashville-based animation team will begin in earnest.

“My hope is anybody could watch it, whether you’re Christian or not,” said Peterson. “We design it to awaken longing in viewers. That means we tell a story so good that people will find themselves crying without knowing why.

“To borrow a line from C.S. Lewis, ‘Longing can be the breadcrumbs that lead us home.’”

Watch the test pilot for The Wingfeather Saga below and learn more.