And Then There Were None 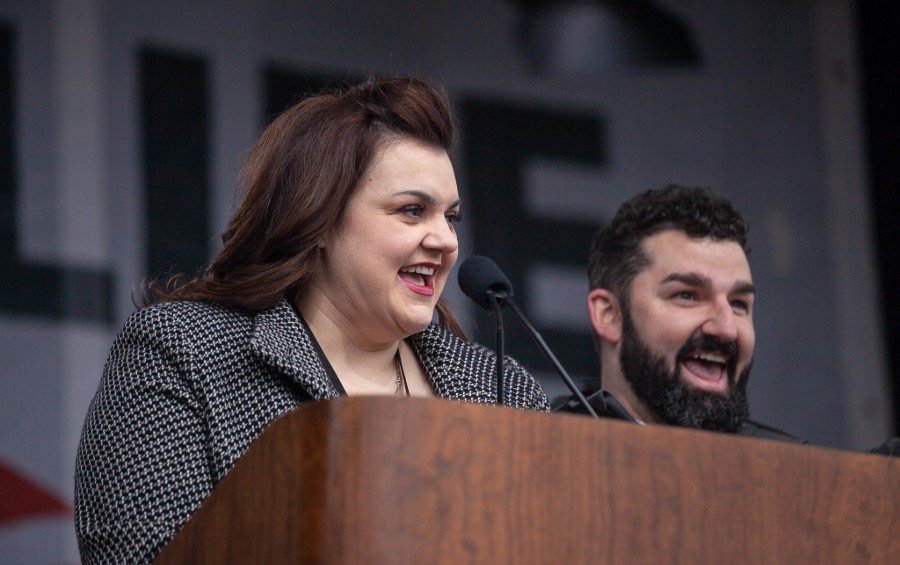 Abby Johnson, founder of And Then There Were None.

In 2008, Abby Johnson, the manager of the Bryan, Texas, (100 miles from Houston) Planned Parenthood, became that organization’s Employee of the Year.

That year, for the first time, she saw an ultrasound of an abortion of a 13-week old unborn child in her own clinic. This was not a blob of tissue, a clump of cells, a non-living being. This was a baby that was fighting for his life.

Although Abby Johnson was a good salesman of abortions and thought that she was helping women through her work, seeing that baby fighting for his life caused the scales to fall from her eyes.

She wrote a book (with Cindy Lambert) called Unplanned, and PureFlix (God’s Not Dead) has now turned that book into an excellent movie.

Abby Johnson has also started an outreach, And Then There Were None (ATTWN), to help abortion workers leave the field. I have interviewed Abby before and have previously written about her story. But here is an update about ATTWN, since I recently interviewed two of her assistants.

One is Meagan Weber, who told me, “[Abby] wrote her book hoping that a worker would pick it up as a skeptic and see the truth, and see themselves through her words, and within three months of her book’s release in 2011, she had 17 abortion workers contact her for help.”

In effect, Abby and those 17 workers became the beginning of her work to help transition abortion clinic workers out of the field. Her reasoning is simple. She says in her ATTWN website, abortionworker.com,

Weber, who serves as Abby Johnson’s assistant, told me, “They asked her to increase the number of abortions at her facility by half, and so she said, ‘Don’t we tell the media that we want to reduce the number of abortions to make them safe, legal, and rare?’ And her supervisor laughed and said, ‘Well, Abbey, how do you think we make our money?’ And she really was blindsided by that.”

Leaving your job in the abortion industry is not like leaving your job in a fast food outlet. It has the same high turnover rate, but you don’t just leave your job, you leave your friends, you leave your ideology … you go from one day championing women’s rights and abortion rights to the next day having to humble yourself and say, “I was wrong. I was part of a very evil system,” and they have to come to terms with that. So there is a lot of emotional trauma, and there is abandonment.

The Abortion Industry is Anything But Normal

I’ve also spoken with Laura Ricketts of ATTWN. She observed, “As we walk through the process of healing them, as we meet their practical needs with financial assistance, with resume writing, with jobs search help, as we help them pay their bills, get back on their feet, once their practical needs are met, they are ready to meet their emotional and spiritual needs.”

So far the organization has been able to help hundreds of clinic workers get out of the abortion field. Meagan states, “And so here we are seven years later, and we’ve helped 550 workers and 7 full-time doctors.”

Abby Johnson says, “My story is really an exposé. It’s pulling back the curtain into an industry that has been normalized. Abortion has been so incredibly normalized in our society, and it’s anything but normal.”