An Open Letter to DHS Secretary Mayorkas: You’ve Disgraced Your Office. You Must Resign Immediately 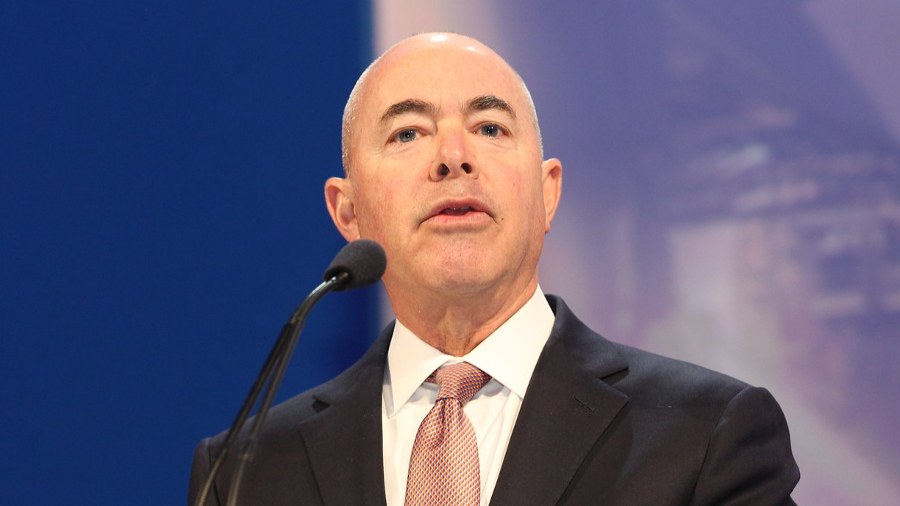 Thanks to you, drug cartels and child sex traffickers are doing banner business, pocketing billions of dollars. Millions of illegal immigrants are flooding our border, bankrupting countless American towns, leading to even “sanctuary city” New York to declare a state of emergency. Hundreds of thousands of our citizens have been killed by the fentanyl you allow to cross over the border. Halloween is likely to be a horror show, thanks to the fentanyl-laced candies apparently making the rounds.

For your indifference to the suffering of America, for deliberate destroying our border, for betraying your oath, for dereliction of duty, you will likely be impeached by the next congress.

But it should not come to that. You should be long gone by January. In fact, you should have your desk cleaned out by close of business today.

A Most Detestable Lie About Agents Who Risk Their Lives

Last year, you stood before the American people to condemn border agents in your charge, accusing them of about the most heinous thing one can lay on a person. You accused them of being the equivalent of cruel, violent slave masters. You accused them of whipping black men.

We’re talking, of course, about the photo of mounted border agents trying to round up Haitian illegal immigrants attempt to enter our country.

Despite the clear and obvious fact those were reins in the agents’ hands, not whips, a frenzy had erupted with the media, followed by the President and the Vice President of the United States, and Democratic leaders, shouting and spitting over how agents had just been caught whipping these black men.

And you went right along, trashing your guys. Trashing the men and women who daily risk their lives to protect this nation’s sovereignty. Again, you accused them of being equal to the most vicious of slave masters.

“Our nation saw horrifying images that do not reflect who we are. We know that those images painfully conjured up the worst elements of our nation’s ongoing battle against systemic racism,” you bellowed.

And now we know. You knew all along the story was a lie. You knew they were innocent.

Two and half-hours before you spoke, the DHS Assistant Secretary for Public Affairs Marsha Espinosa emailed you, warning you that the whipping story was false. That the man who took the photos was insisting the narrative was misrepresenting what happened. Nobody had whipped anybody.

And still you went out there and slandered those men under your charge.

(Kudos to the Heritage Foundation for getting the email after suing the DHS under FOIA. And Fox news Bill Melugin for pressing the issue.)

Oh, don’t go trying to claim you didn’t read the email. We’re not idiots. This email is from one of your top officials. Your top communications person. At the very moment you’d be gathering information on what was a breaking story you’d be speaking about at the White House.

You’re not going to stand up in front of the American people to talk about something without having absorbed what she had to say.

Even if it were somehow, incredibly true that “Golly gee, somehow I missed that my top communications person had warned me that the whipping allegation was false,” did you do anything to correct your mistake? You rush back out there to say “I apologize to those men, their families and the nation. I got it wrong.” No. You did absolutely nothing, nada, zilch … other than continue to investigate and persecute those agents to this very day.

You hung your own people, had them swing and rot in the wind, for a crime you knew they did not commit.

Look. We both you Joe Biden isn’t going to fire you. For one thing, he’s complicit. No doubt the White House staff also knew the photographer (and anyone who’s ever been on a horse) were saying the story was a lie. Firing you would mean he’d have to submit his own resignation or issue a deep, humiliating apology.

Second of all, Joe Biden doesn’t fire anyone regardless of their incompetence or corruption. Just ask the diplomats and DoD officials in charge of the Afghanistan withdrawal. Or the people in charge of economic policy. Or national supply chains. Or … Or … Or. I say it often, the only one ever fired by Biden for making a mess of things was the First Dog Major.

Major was accused of nipping a few Secret Service agents. You chewed up and spit out, and stomped on, and dumped on honest Border Agents.

So, since Biden won’t do what’s right, you must make it right. I stand with honorable voices like Jonathan Turley.

If there is any measure of decency and responsibility left in his being, Mayorkas should resign. Ironically, he did precisely what the agents were accused of doing. He and the President flogged these agents in public because they did not warrant any respect or consideration. To use his own words, that is something that should horrify us all.

You must resign. Today.