An Open Letter to Christianity Today: Change Course or Step Aside 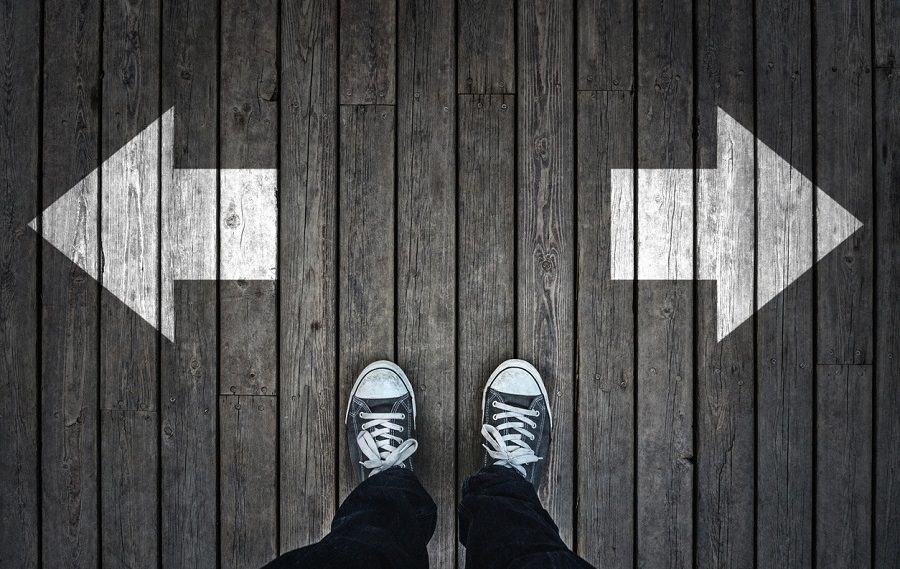 It saddens me to write this letter, because it wasn’t that long ago that you served as a source of encouragement and inspiration to me. While I was pursuing my advanced liberal arts degree in 2014, I found myself constantly surrounded by hostile, anti-Christian forces – from professors and fellow students to the theorists we studied. In that challenging environment I began looking for well-researched counter-perspectives from Christian thinkers.

I searched, and I found you. I was delighted by short, powerful essays by Rosaria Butterfield. Informed by helpful statistics illustrating the correlation between the Christian faith and positive life outcomes. Challenged by narrative-shattering pieces like, “The Surprising Discovery About Those Colonialist, Proselytizing Missionaries” by Andrea Palpant Dille. In fact, I enjoyed CT so much that I purchased a print subscription. This despite being a stereotypically broke college student. I kept a growing stack of the magazines on a rickety bookshelf in my apartment.

I’m not sure what happened along the way, but today CT is not the publication I discovered as a young, curious Christian college student. Nor is it what the Church in America desperately needs it to be. In the last few months, I’ve watched you publish increasingly sloppy, vague, and downright strange editorials. Pieces that fail to resonate with or sway your main base of evangelical readers. I suspect that I know why you’ve fallen so far from your original mission, and I’ll get to that shortly.

Mark Galli’s editorial in support of the impeachment of President Donald Trump was probably your most controversial and your weakest. Its reasoning proved so poor that the brilliant, and largely apolitical, Christian apologist William Lane Craig chimed in. He felt compelled to explain that it made no real case for impeachment. Galli simply assumed Trump was guilty of the now largely-abandoned “abuse of power” charge. Then he asserted that Trump was too “immoral” to be president. Galli did this without addressing the obvious question. If immorality is a legitimate cause for impeachment, then who among us could ever be president?

Like many popular secular publications, you have grown fond of smugly chastising evangelicals. “How could they support such an immoral man?” you ask. But then you ignore the answer. I expect that kind of lazy jeering from Vox, but not from “a trusted beacon spotlighting the way in which Christians can live gospel lives for the strengthening of church and society.” If you were willing to briefly set aside your scorn and listen . . . you might learn something. Trump’s “mean tweets” aren’t nearly as disturbing as the potential consequences of Democratic leadership.

CT is not keen on commenting on it, but Democrats have been quite transparent. They have big plans for our country, including increased censorship, restricting religious liberties, expanding abortion access to include murdering newborns, and firearm confiscation. They’ll make all that possible by packing the Supreme Court and fundamentally changing the powers of the federal government. That’s why I find it both laughable and alarming when CT fixates on Trump’s Twitter feed. Or gossips about his old sexual sins.

Donald Trump’s religion may be ambiguous and his past intermittently scandalous. But any Christians who seek to express their religion freely and lovingly protect their neighbors from an extremely immoral and increasingly authoritarian government should certainly vote for him in November.

Other popular CT angles are equally tedious. For instance, your annoyance with conservative evangelicals who don’t trust corrupt corporate media outlets. And your parroting of popular-but-false progressive talking points. For the sake of brevity I’ll end with an observation regarding your obituary for renowned Christian apologist Ravi Zacharias.

Daniel Silliman mustered the energy to write eleven dull paragraphs, with two of those focused on allegations in long-ago settled controversies. That’s how he remembered a brilliant man who dedicated most of his life to defending the gospel and equipping other Christians to do the same. That obituary was shameful. The only reason I can think for why you would run such a cold piece is that Zacharias was so much more relevant to the Christian community than you. And you felt compelled to try to bring him down to your milquetoast level.

Somewhere along the way, Christianity Today exchanged social convenience for the truth. Like many Christians, you have fallen for the mistaken belief that if you present yourself as caring about what progressives care about, then you will be spared from their slander and suppression. You will not. And the Left has made that clear. It has weighed your desperate pleas for acceptance and still has found you wanting.


Please Support The Stream: Equipping Christians to Think Clearly About the Political, Economic, and Moral Issues of Our Day.

It is my sincere hope that you will change course and rediscover your original mission. And you can do that in one simple way: Stop virtue signaling to progressives. They will not welcome you into the cool kids’ clique until you have fully abandoned the “Christianity” of your title. Rejecting God’s moral authority is foundational to progressive ideologies. So rather than virtue signal, will you forfeit a few social conveniences and choose to be a true disciple of Jesus?

Ravi Zacharias did. He demonstrated exactly what the Church must do. Prepared, he went into the hostile world of academia and popular media and boldly shared unpopular truths about sexuality, abortion, and morality alongside the greatest message of all time—that everyone (yes, even “benevolent” victim classes) is a sinner and everyone (even those privileged “oppressors”) can be saved if they submit to the authority of Jesus Christ.

God has not called you to soften or distort what is right. And His vision for humanity does not need to be updated to fit a progressive agenda. He needs you to boldly proclaim what He has already declared. As long as you shirk off that responsibility, you are hindering the work of bolder, more devout Christians.

Will you rediscover your original mission and take back your birthright? If not, will you please just get out of the way?

Carmen Schober is the Editor-in-Chief of Staseos. She is a wife, mother, fiction writer, cultural commentator, and MMA fan. She earned her Master’s in Creative Writing and English Literature in 2015, and she enjoys writing about theology, culture, and storytelling.