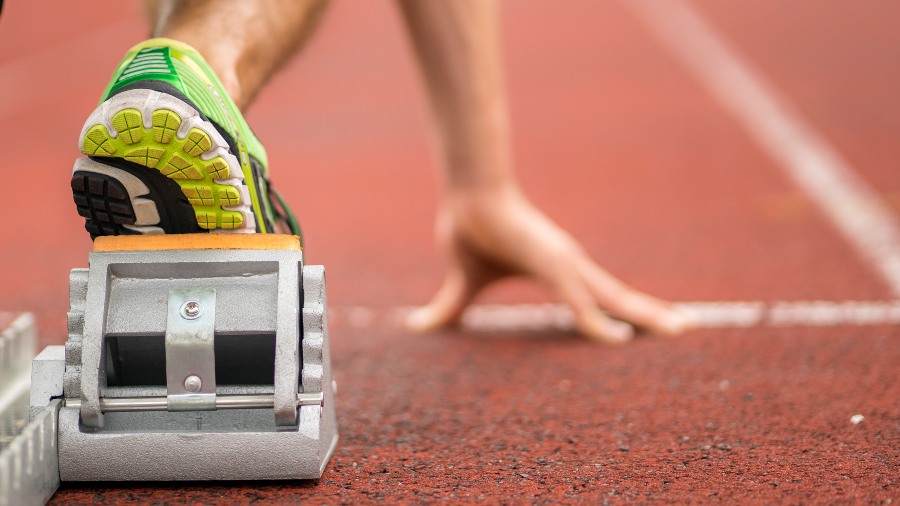 The Genocide Games in Beijing

We are currently witnessing this ultimate test of athletes. Or at least people not boycotting the 2022 Beijing Olympics (a.k.a. Genocide Games) are witnessing it. Those of us who believe that it is unspeakably immoral to allow the Chinese Communist Party — perpetrators of genocide, persecution, oppression and global devastation — the privilege of hosting this practically sacred event are not watching. We wait for daily media reports.

The media do their job providing the CCP with a great propaganda team. Particularly NBC, the network with the Big Olympics Contract, has done its job well. NBC anchors have been gushing over the games since the opening ceremonies’ use of a Uighur skier lighting the Olympic flame. But as they perform their intricate, yet ambiguous, mental and verbal gyrations, giving slavery a positive spin, someone should tell them gymnastics are for the Summer Olympics.

Hong Konger and author Didi Kirsten Tatlow provides a more honest analysis. On February 8 she shared on Twitter, “The lighting of the Olympic flame by a Uighur and the capture of a Taiwan dove at the opening ceremony of the Winter Olympics are a political signal; a message to the international community, that China is proud of what it is doing.” And sadly, the International Olympic Committee (IOC), corporate sponsors, and media appear proud of what they are doing as well, even as TV ratings for Olympics viewing reach new depths.

Not All That the Athletes Bargained For

But what about the athletes? Are they proud and happy? It appears to be a mixed bag. Certainly, any athlete is proud to do their best and compete well. But the New York Post reports, “Complaints from athletes and officials are pouring in about the alleged poor living conditions, dining options, isolating rooms, and debilitating weather conditions, according to social media posts.” Those conditions make it hard for an athlete to even compete, let alone do their best.

Not to seem harsh, but they can’t say they weren’t warned. The danger of putting yourself in the capable hands of the CCP was broadcast to athletes by many sources. As was an appeal to their consciences and moral character, urging the athletes to be willing to sacrifice everything they had worked for in order to take a stand against genocide in China.

The Committee on the Present Danger: China, of which I am a founding member, launched a Genocide Games task force, urging the IOC to “keep our athletes from harm.” We declared, “If the Beijing Olympics are too dangerous for NBC and ESPN because of Covid, then they are too dangerous for our athletes.” So the athletes of the 2022 Olympics could have bowed out for the sake of self-preservation, even if they were not prone to self-sacrifice.

Not to seem harsh, but they can’t say they weren’t warned. The danger of putting yourself in the capable hands of the CCP was broadcast to athletes by many sources.

Then there’s Boston Celtics star Enes Kanter Freedom. Freedom has tirelessly challenged other athletes to sacrifice ambitions and dreams for the sake of humanity and decency. The 6’10” player of Turkish descent officially changed his last name to the concept he most reveres when recently he became an American citizen. He has risked his sports career to speak out over and over about the CCP’s evil deeds. He sums up his feelings on the Olympics thusly, “I believe no one, no one should attend the Genocide Games. How simple is that?” 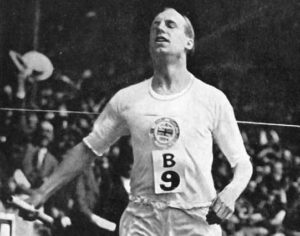 Eric Liddell is seen running during the British Empire vs. United States of America (Relays) meet held at Stamford Bridge, London, on July 19, 1924.

It was quite simple for one Olympian. This was not a contender in 2022 Beijing, it was a runner in 1924 Paris. The “Flying Scotsman” Eric Liddell sacrificed what he assumed would be his only shot at a gold medal, competing in the 100 meters race, because to participate in that race would mean to compromise who he was and what was most important in his life. He put honoring God before becoming an Olympic champion.

Liddell discovered a few months before the Games, that the qualifying heat for the 100 meters race, his best event, was taking place on a Sunday. Many Christians today don’t give a second thought to stopping at the grocery store on the way home from church or seeing a movie on Sunday afternoon. But for a devout Christian, born in China to missionary parents, the Sabbath was to be kept holy. It was not even a question to Eric Liddell. He withdrew from that race and instead spent the last months before going to Paris training for the 400 meters race, not at all his forte since he was a sprinter.

Some (probably half of Scotland!) may have tried to dissuade Eric Liddell from taking a stand based on faith and on the courage of his convictions by saying, “it’s for the greater good.” Even if you believe you are breaking God’s law running on a Sunday, you are serving your nation and causing it to shine, he may have been told. They may have spouted Romans 13 at him (there’s a lot of that going on these days), attempting to guilt him into doing it for his king and country. They may have even pulled the religion card and told him that the world needed to see a Christian gold medal champion!

Liddell was willing to sacrifice his opportunity to win an Olympic medal — even knowing that there would not be a future Olympics for him — because he ran for God, not for himself.

The Olympians in the Genocide Games of 2022 similarly have many excuses to rationalize away any obligation to humanity. Even if the Chinese Communist Party is doing the terrible things of which they are accused (and really, isn’t it a bit over the top to accuse them of hideous human rights violations like live organ harvesting of Falun Gong practitioners and slave treatment and internment of the Uyghur?) you are doing this for America! (Except, of course, the ones who decided to renounce their American citizenship and compete for China.) Another related rationale: isn’t it better for our athletes to be there and engage? That way the Chinese will see what freedom looks like! (Would you like one jab or two with your passport?)

Whether from sheer ambition which brooks no opposition — or from rationalizations, such as those above, to assuage a guilty conscience — all of the American athletes chose to participate in the Beijing Olympics, as far as I know.

But in 1924, Eric Liddell accepted no rationale, even spiritualized ones, to excuse his participation in his event, the 100 meters race. He was willing to sacrifice his opportunity to win an Olympic medal — even knowing that there would not be a future Olympics for him — because he ran for God, not for himself. He would return to China as a missionary after his university graduation in 1925.

To some, Liddell may have seemed foolish, even infuriating. But others understood and respected his choice. As the Scotsman went to the starting blocks for his 400 meters race, a masseur for the American Olympic Team handed him a note with a Bible verse, 1 Samuel 2: 30 written on it. “Those who honor Me, I will honor,” it said. Liddell sprinted the entire race to finish first. He not only won the gold medal, he broke the Olympic and world records with a time of 47.6 seconds.

Liddell did indeed return to China, where he served as a missionary for twenty years, marrying Canadian missionary Florence Mackenzie. In China, Liddell made his whole life a sacrifice for the Kingdom of Christ.

When the Japanese Army invaded, Liddell’s pregnant wife and children were sent back to Canada for safety. But he remained, serving all of the poor and vulnerable during the Japanese occupation. He was 43 when he died in a squalid Japanese internment camp on February 21, 1945. If you have seen the film about Liddell and fellow 1924 Olympian Harold Abrahams, Chariots of Fire, (and if you haven’t, you should!) you will know that upon Liddell’s death, “All of Scotland mourned.”

When Chariots of Fire opened, the ticket lines were astonishing. Whenever I’m in that part of Washington, D.C., I think of how the ticket line circled the theater and continued down Van Ness Street, and how my friends and I had to sit in the very front row, necks craned, looking up at the group of beautiful men running along the edge of the shore to the soon-to-be famous Vangelis opening theme music.

There was much to recommend about this film that won four Academy Awards, including Best Picture. But I think first and foremost, it was witnessing a man willing to sacrifice everything to be true to himself and to God that deeply moved the viewers. We’re looking for Olympians like this today as the Genocide Games proceed in Beijing. But it seems appropriate that the Olympian of so many years ago, who remained faithful to his principles and to his Lord, made his greatest sacrifice on the mission field of China.