Americans Are Anxious — I’m Anxious. So What’s the Answer? 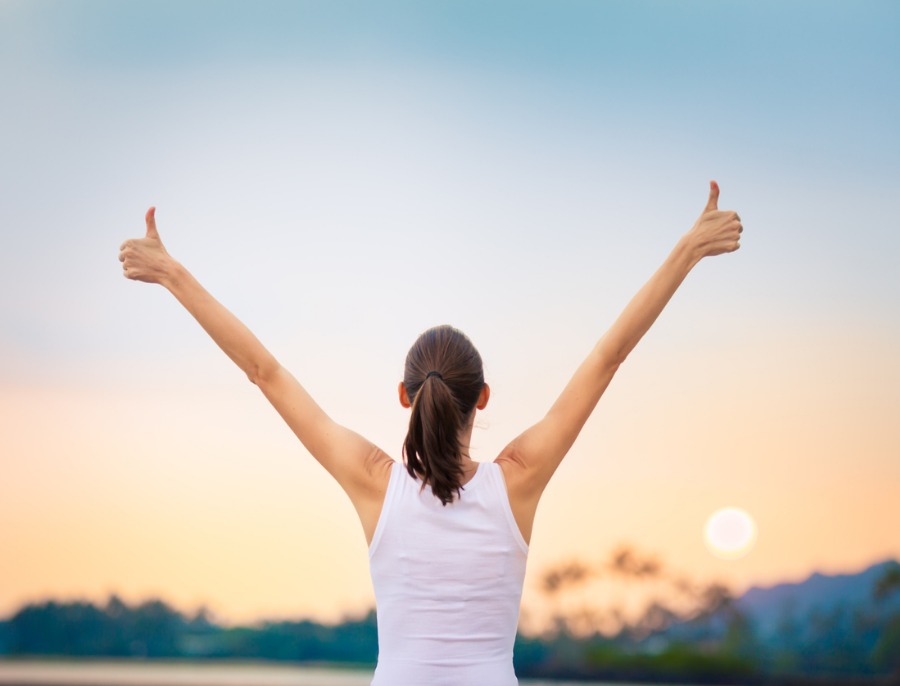 In one week and two days I will take the biggest test of my life. It’s actually not one test. They’re the qualifying exams for my PhD program. They will take 16 hours to complete over two days.

Everybody says I’ve got this. But that doesn’t stop my brain from telling me that I don’t. As the days tick down, I feel more and more worried. I can feel it in my chest. I have trouble sleeping. When I sit down to work, I can’t really focus.

I do pray. I keep reminding myself that I must “take captive every thought to make it obedient to Christ.” I really do work on that. Then those sneaky little thoughts creep up again. Then I pray again.

For the second year in a row, 60 percent of Americans say they are “extremely” or “somewhat” anxious. Three-quarters of Americans admit that they are more anxious or about the same as they were last year. What are they worried about? Keeping themselves and their family safe, paying bills and their health.

This information comes from the American Psychiatric Association (APA). The group conducted a national poll earlier this year of over 1,000 U.S. adults.

The biggest worriers are the youngest adult generation — those in the 18-35 age range. Of that group, 70 percent said they were “extremely” or “somewhat” anxious about keeping themselves and their family safe, paying bills and their health. They’re also more anxious than older adults about relationships with family, friends and co-workers.

Although 75 percent of Americans polled reported that they’d taken steps to deal with anxiety, only 22 percent sought professional help. Why?

Perhaps it is because treatment of anxiety has been stagnating. Stefan Hofmann is a professor of psychology. He’s also the director of the Psychotherapy and Emotion Research Laboratory at Boston University’s Center for Anxiety and Related Disorders. Hofmann said that the last big anxiety drugs were introduced in the 1980s. “SSRIs came on the market a couple decades ago with big hype. But since then, not much else really happened and I think people are more or less desperate.”

New drugs aren’t the complete answer. Kay Tye is a neuroscientist at the Salk Institute for Biological Sciences. Tye said that while the pharmaceutical industry is working on better medications to combat mental illness, they’re just “shooting in the dark.”

“We’re just bathing the brain and body in these drugs,” Tye explained. “And, when you take a drug systemically, it’s going to go through your circulatory system. It’s going to pass through the blood brain barrier. And it’s going to bathe the entire tangled mess of wires that is our brain in a soup.”

Medication can help. But with or without it, there is a better way.

Prayer and practicing what the Bible says about my thoughts are the only way to get victory over anxiety. I must claim the promises of peace as I give my burdens to Christ. I must “take them captive.” And when I’ve captured them, give them to the one who will deal with them for me.

Even so, I picture myself in the testing center typing away for two days. I see myself forgetting what I’ve learned, having writer’s block, and just blanking on the most obvious answers. The test’s a mountain in front of me I must climb. My dad told me once that yes, the exams are like a mountain, but on this PhD journey, “It’s the last mountain. You’ve got a lot of mountains behind you.”

He’s right, of course. One key to victory over this stressor is recognizing how much God has brought me through to get to this point. It’s amazing I’ve made it this far. And God didn’t bring me this far to leave me at the end of this journey, alone and incapable. I’m capable because 1) I’ve asked for wisdom (James 1:5) and 2) I can do all things through Christ who strengthens me (Philippians 4:13).

Many more Scriptures address the issue of fear (all italics mine):

Finally, I love Paul’s comforting words (Philippians 4:6-7 ) and try to make them my own: “Be anxious for nothing, but in everything by prayer and supplication, with thanksgiving, let your requests be made known to God; and the peace of God, which surpasses all understanding, will guard your hearts and minds through Christ Jesus.”