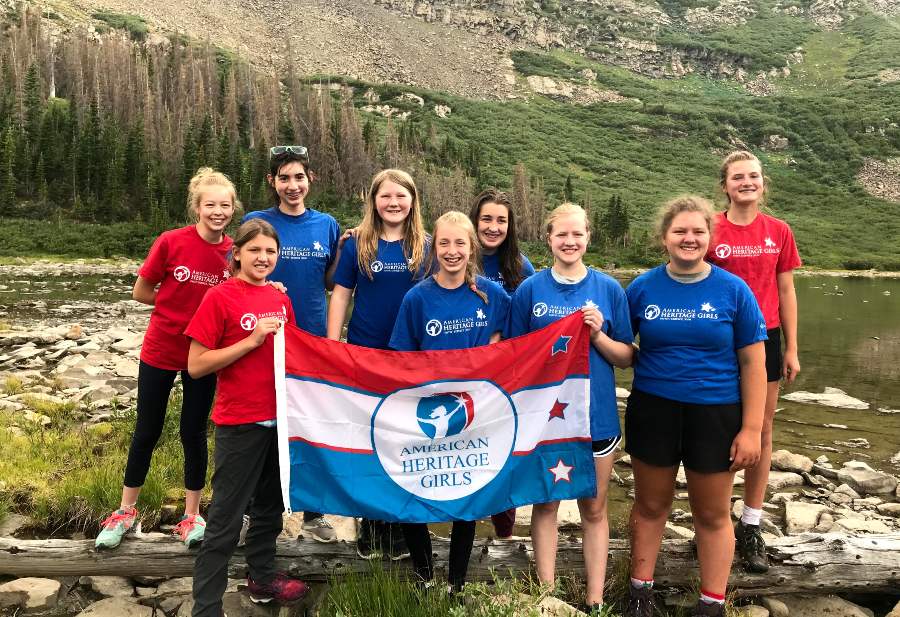 In 1995, Patti Garibay sat at a kitchen table with a handful of concerned parents and girls. Society’s role models for girls were not ideal, to say the least. And Patti had just seen an agenda from Girl Scouts of the United States of America — and she was shocked. She knew she had to challenge the status quo of the Girl Scouts and create a faith-based scouting program for girls ages 5-18. The American Heritage Girls (AHG) has been operating now for 27 years, now reaching the “least religious” generation — Gen Z.

“It is America’s premiere, faith-based scout-type character development program for girls. And it’s dedicated to the mission of building women of integrity through service to God, family, community and country,” Patti told The Stream. “[T]he activities that the girls do across the nation include badge programs, service projects, leadership opportunities, outdoor experience, all with the emphasis on Christian values and family involvement.”

As of last year, AHG had 52,000 girls — a combination of Gen Zers (generally speaking, those born between 1997 and 2012) and Gen Alphas, the generally accepted name for the generation born after Gen Z. AHG has troops in all 50 states and 15 countries around the world. According to Religion in Public, as of 2021, Gen Zers were rapidly disaffiliating from religion. Their study showed that:

While this trend is disturbing overall, Patti is seeing a unprecedented growth of Gen Zers becoming involved in AHG. “You know why? Because we all have that ‘God-sized hole.’ Wasn’t it Pascal that spoke about the God-sized hole in everyone’s heart?” Even though many of the Gen Zers were not raised in a religious family or in a family of faith, they want and desire it. Their heroes are often religious leaders. “[N]ow they’re looking at this and you know why? Because they feel like they can be part of the solution of societal ills. And so, faith-based leaders that are feeding the poor, that are dealing with those that are being sexually trafficked, these are the issues that are very important to Gen Z, particularly girls. And so, if you’re helping to find solution and be part of that, they want to be alongside you.”

COVID and Gen Z: The Kids are Not Alright

COVID has definitely affected Gen Zers, even those within AHG. “I think that the situation with COVID and the lockdowns have really created a loneliness and isolation type of epidemic where girls today are feeling very lonely, they’re feeling like they’re not part of the gang. There [are] a lot of cliques going on and there always has been.” But Patti said this is on a different level. “You’ve got false relationships through social media. You’ve got real relationships through face-to-face interactions. When your false relationships outweigh your real relationships, you’ve got a mental dilemma, a mental health dilemma. And I think that’s what happened with COVID. And so I’m seeing girls more and more attached to their screens, thinking relationships are online and then having real problems when their likes are not where they want them to be or their identity isn’t that picture-perfect Instagram reel that they basically play in their heads. And so, they’re struggling. Girls are struggling. I would say the kids are not alright.”

Parents need to help their daughters navigate what they are going through today. They need to be intentional. “They need us as parents to help seek out ways that they can build real relationships with like-minded friends so that this loneliness can be heard and that there is strength in numbers, that there can be affirmation amongst their friends for what they believe in, what they stand for.” It’s hard to stand alone and be light when today’s culture is so dark. “We need one another, just like … Aaron and Hur helped lift up Moses’ arms. We need to be that for our girls and they need to have each other to do that as well.”

Patti still believes in the future is bright for coming generations. “I think there’s great hope. Every human being needs a tether to their maker. At American heritage girls, we really encourage the girls to be in the out-of-doors to worship the Creator within His creation, to understand that girls’ power doesn’t come from being a girl, but rather the Holy Spirit’s power in the girl. … And for a girl to understand who she is and moreover whose she is — suddenly identity is blossoming and beautiful, and confidence comes from that because how could you not be confident if you understand that you’re made in the image of God himself?”

“I really believe that when times are dark, and it’s almost an Esther moment for times such as this, that parents are seeking something solid and eternal for their girls in order to raise them up in the way they should go,” said Patti. “And American Heritage Girls is there for that.”

Why Every Generation Must Have Its Own Experience With God