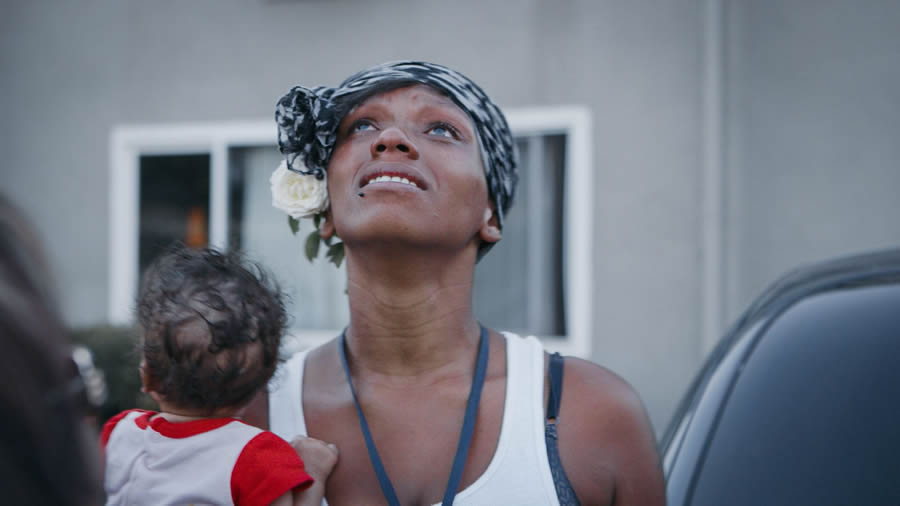 “I just wanted an opportunity to really dive in and learn more and try to … put a real human face to some of the social and political problems that I had essentially read about,” said filmmaker Chris Rufo about his new film America Lost, a documentary on poverty in the U.S. He “wanted to actually get a sense of real life experience on the ground.”

Rufo’s goal initially was to focus on the social, political and economic problems in three cities. As time went on, his focus changed to tell the “human story.”

“Once I turned that corner, thinking of the film as less than an economic piece or public policy piece, but more as a human story, that really became the core of it.” He wanted to show human moments — everything from death to birth to love to murder to family to imprisonment. He wanted to bring those themes to the surface. “I thought that was a kind of unique window that I could provide.”

The greatest challenge to impoverished communities is “the shredded social fabric,” said Rufo. The great irony is that these communities have dollars. They have material things, although it’s not like those who are affluent in America. Rufo said the paradox is that in an environment of material things, “there’s really been a kind of shredding of social institutions.” An employer might bring back a factory to one of these communities, but “you’re not going to bring about a revival of the social institutions,” in that community. “That’s really the harder question in a lot of ways, that we need to address.”

Rufo highlighted the different reasons for poverty and how poverty affects race indiscriminately. He wanted to “show that the challenges facing these communities transcend geography, they transcend race. And actually, increasingly in the United States, it’s becoming that … poor people of all racial backgrounds, of all geographic locations are facing a similar set of challenges.”

As an example, Rufo said he has more in common with an Asian or black person with a college degree in Seattle than he does with people of his own race who are poor and live in one of the cities in his film. The racial divisions that have dominated our narrative this year “are really only part of the story.”

“They’re really kind of superficial in a lot of ways and don’t actually get to the heart of some of those [impoverished] complexities that I think I outlined in the film.”

Faith is Important in Impoverished Communities

Rufo was surprised that, while filming, he discovered that faith was very important in those poor communities. He didn’t make the film thinking about highlighting faith organizations or religious organizations. “As a documentary filmmaker you respond to what you see. You throw out your assumptions as reality hits you.” As he questioned what was happening, he realized that “the only bright spot, frankly, the only sustained bright spot” that he saw in all three cities that he filmed was that Christian organizations and churches were the only successful, stable, durable institutions that offered people a path to a better life. He added,

He even had people on his team that pushed back on the idea of highlighting faith. He found that people on either side of faith want to keep faith “in its box and not even legitimize the public role of faith. I think that’s a huge mistake.”

Rufo would like to see people who don’t have upward mobility still have a dignified life. “Again, you’re not supposed to say that. … But mobility without dignity is really a disastrous combination. I think we really need to think about that in different terms if we’re going to actually be serious about life in these places.”

The solution is from within — not from top-down policies. “We’ve tried public policy, right, to solve these problems,” Rufo explained. “And yet, in this kind of fog of America’s poorest places, it really feels like quality of life has plummeted. You can even see it in these communities. … Why did the conventional solutions fail to work?” He pointed out that the U.S. has spent trillions of dollars on the war on poverty, but he can’t see a difference. Material wealth doesn’t provide a kind of life that “we want to offer to people, to citizens, to Americans.”

The takeaway from the documentary will be different for different people. Rufo wants people in poor communities to feel recognition, that they are heard and seen. For the television audience, he wants them to question why the U.S. has spent trillions of dollars on impoverished areas but poverty is the same as it was 50 years ago. Conservatives, said Rufo, have the right kind of policies but don’t have the relationships they need to make a difference. He hopes the film will serve as an invitation to take the poor and poor communities seriously.

People can help. “Get involved,” said Rufo. Don’t rely on “the god of policy to come down and solve the problem.” He said relationships with those in poor communities is key. Rufo made connections and relationships with those he filmed. He didn’t change the world, but he does believe he was a positive influence. “I think I did serve as a resource for people in a lot of different ways,” he explained. “So I think relationship is the answer.”

“Repair of this social fabric has to be done through relationships.”

Watch the interview with Chris Rufo:

Watch the trailer for America Lost:

The film may be accessed for free at AmericaLostFilm.com/premiere.