America is Not a Norm but an Exception 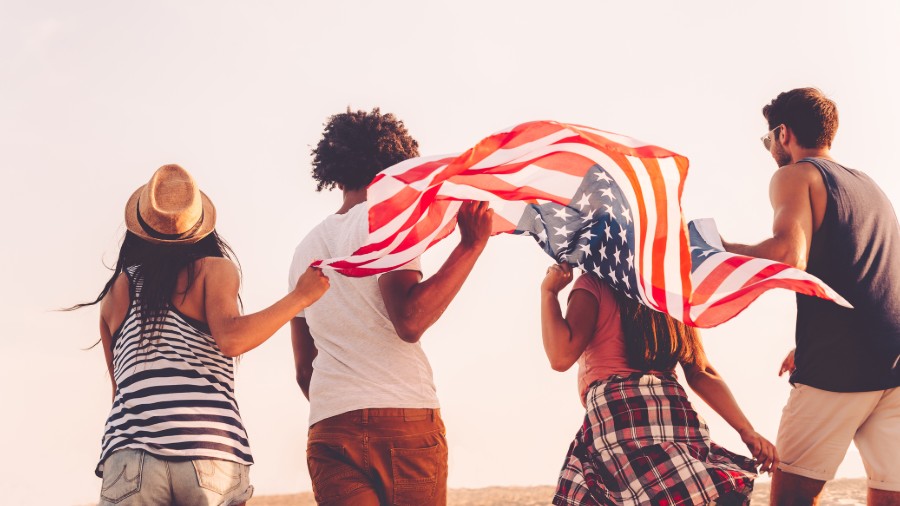 I listened to the sharp debate and was dumbstruck by the notion that there was a place where people lived freely and were given the right to make political decisions. My mind could not grasp the concept — it was outside my frame of reference.

Living with American students, I had the impression that American culture, in general, cherishes freedom and values individual worth and dignity. For those who have grown up in America, this might not be so evident, for it’s been often taken for granted. Unless you’ve lived in another culture long enough, you will not likely see the reality that a person living in this country is much freer and has much more worth and dignity than people in most parts of the world.

Where Does Freedom Come From?

How did America come up with the notion of freedom? Where does the concept of human dignity and freedom come from?

One day while reading the Hebrew Scripture, my heart was stirred by the words in front of me, “When you make your neighbor a loan of any kind, you shall not go into the house to take the pledge. You shall wait outside, while the person to whom you are making the loan brings the pledge out to you” (Deut. 24:10-11). The purpose of this passage is to recognize that an individual household is a sanctuary of privacy and thus, cannot be invaded even under the legitimate claim of a pledge to secure a loan. It defends individuals’ dignity and property rights. Even the ones who have fallen upon hard times and have been compelled to take a loan are under this protection.

I was profoundly touched by God’s heart, His deep care and sensitivity towards His special creation. I thought, should I have read this passage while I was still an atheist, I would have immediately recognized the otherworldly quality of this passage and would have abandoned my atheism right there! Neither the human heart nor human mind is capable of producing such writing.

Long before I became a Christian, I had recognized that our basic physical needs, though they are important, are not enough for us to live as human. There is something about being human that is intrinsically sacred. Only when that sacredness is acknowledged and prized do we live truly as human beings.

Where does our sacredness come from? Genesis tells us God created us in His image and likeness. Our sacredness comes from our Creator who imparted in us the unalienable rights to live with freedom and dignity. Freedom is one of the central themes in the Hebrew Scripture (Ex. 6:6; Deut. 6:21; 15:15; 16:12; 24:18, 22).

Throughout human history, there have been many who attempted to achieve freedom. However, secular endeavors of liberation always end up in tyranny and atrocities because they do not acknowledge that human dignity is the possession of every man. Instead, my freedom is your bondage. Critical Race Theory is a clear manifestation of this lack of recognition of human dignity. So is what happened in China. On the surface, the CCP appeared to have freed millions of disadvantaged Chinese in 1949. Yet, in reality, millions were killed and Mao’s Cultural Revolution (1966-76) was the darkest moment in Chinese history. Ironically, Mao was designated as “Our Great Deliverer.”

America is unlike any other place in human history. Our political system, a Constitutional Republic, has given the greatest freedom to the people. Its three branches are designed to safeguard our freedom and to ensure that power resides in the hands of the people. America has attracted millions of people from every corner on the earth. Some, even abandoning their reputable professions in their homeland, came here and are willing to work in a less prestigious occupation. Why? As God’s image bearers, we cannot feel satisfied unless our freedom is met and our dignity is recognized. Immigrants understand that freedom is infinitely more valuable than a reputable profession.

Even the most spiritual believers do not desire to live in oppression if they can help it, because the longing for freedom and dignity is part of our divine imprint, the unalienable rights bestowed by our Creator. Ask the believers who have lived through a totalitarian regime. Yes, God’s grace is sufficient. But do they enjoy life under bondage? No! In fact, they are the ones who have been warning about the terrifying direction our nation is heading.

Regrettably, I have heard American pastors preaching from the pulpit ridiculing our freedom and rights, as if they’re an extra indulgence that hinders our spiritual growth. Having no experience of hunger, a person cannot appreciate having a full stomach, and starvation can even sound appealing. But I think the real issue is theological, not experiential.

An Earthly Shadow of Our Freedom in Christ

It is my conviction that God raised up America as a shining city on a hill, a beacon of hope to the world to demonstrate His will for all human beings, to live freely with dignity. America is not founded on human intelligence and sagacity. Rather, its foundation is built on the God of the Hebrew Scripture who created us in His image and likeness and endowed us with freedom and dignity. In Deut. 23:21-22, God demands us to fulfil the vow made to Him. However, He also states that to make or not to make a vow to Him is entirely voluntary, leaving freedom for us to make that decision.

Our founders recognized that God made us free and our life must reflect that divine design. Thus, religious faith and conscience cannot be coerced. In our Bill of Rights, the freedoms in the First Amendment reflect these thoughts. Until now, and possibly until the return of Christ, America is the best country in human history with the highest degree of human freedom and dignity.

America is not a norm but an exception because she alone is built on the biblical principle of human freedom and dignity whose origin is in the image of God. It is an earthly representation of God’s will for us to live freely with dignity. That reality also points us to Christ in whom we have ultimate freedom.

I have heard repeatedly that many atheist Chinese from mainland China became Christians after coming to the U.S. This rarely happens when Chinese go to other parts of the world. Without a doubt, I believe American freedom and human rights function as a bridge leading people to Christ. It’s an earthly shadow of the most profound spiritual reality, freedom in Christ.

Yes, America is far from being perfect and she has made many mistakes. But if we step back and look at the big picture, we might be able to appreciate the green forest instead of focusing on the fallen leaves. Her exceptionality must be appreciated and talked about.

While seeking spiritual growth, we should never ignore this earth on which God has placed us. It’s our responsibility to leave a free society to our children and grandchildren. Like us, they too should have these unalienable rights. There will never be a more urgent moment than now for us to carry out this responsibility. Sadly, though many warnings have gone out, they usually disappear in the dark with few echoes and rejoinders.

When I was in elementary school living in China, I learned this poem written by a Communist youth in the 1920s: “Life is precious, love is priceless. For the sake of liberty, both I will renounce!” He died in prison fighting for what he believed and did not live to see the “liberation” of the Chinese people by the CCP in 1949. If a communist had that passion for secular freedom, will we, who are the beneficiaries of the freedom built on biblical principles, not fight to defend her? Will we watch the supreme symbol of liberty in human history fall before our eyes and do nothing?

America is not a norm but an exception, which requires exceptional valor and gallantry to stand up and fight for her. May God, the originator of our liberty, waken in our hearts a passion for freedom that we may treasure what we’ve had and defend her with bravery and heroism! May God bless America!