‘America is and Must be a Nation of Law and Order’: President Trump Addresses the Nation in Twitter Post

"Tempers must be cooled and calm restored. We must get on with the business of America." 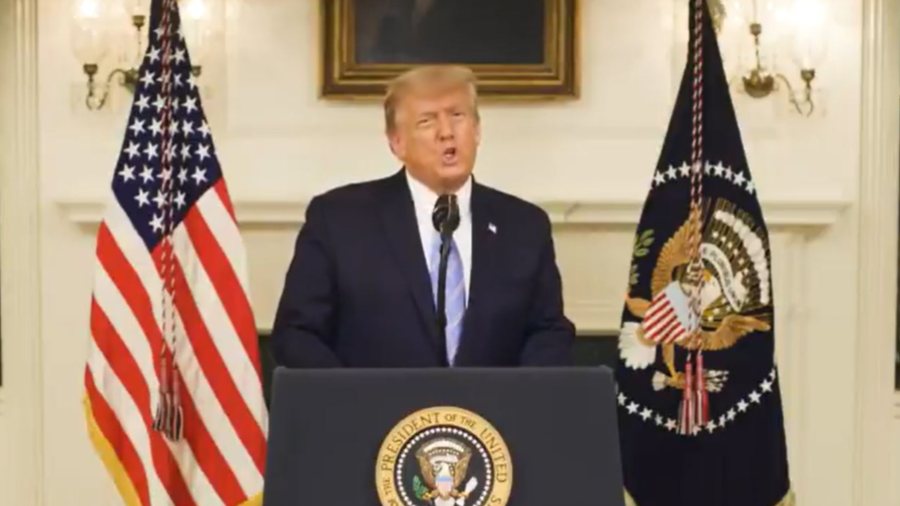 President Trump Thursday evening released a video via Twitter condemning what he called a “heinous attack” on the U.S. Capitol. “Like all Americans, I am outraged at the violence, lawlessness and mayhem.” He immediately deployed the national guard and federal law enforcement to secure the building and “expel the intruders.”

“America is, and must always be, a nation of law and order,” he continued. To those who participated in the attack, President Trump said, “You do not represent our country. And to those who broke the law, you will pay.”

He acknowledged that emotions are high after the intense election. “But now, tempers must be cooled and calm restored. We must get on with the business of America.”

President Trump also addressed how he tried to ensure that each vote was valid and said that America must work to rebuild confidence in the election process.

“A new administration will be inaugurated on January 20. My focus now turns to ensuring a smooth, orderly and seamless transition of power. This moment calls for healing and reconciliation.”

He continued, “To the citizens of our country, serving as your president has been the honor of my lifetime. And to all of my wonderful supporters, I know you are disappointed. But I also want you to know that our incredible journey is only just beginning. Thank you, God bless you, and God bless America.”

A Sordid Conspiracy to Deceive the American Electorate